Despite being a muscular 300 lbs., Naramat moved as discreetly as a cat burglar. She was precariously close to people, so she kept hidden in daytime, emerging after sundown to hunt warthogs in the dark. Together with her three cubs, she steadily moved north. The foursome had been away from Westgate Conservancy for eight months and the Ewaso Lions team was anxious about this absence. Naramat is a bold lion with a nomadic spirit and a predilection for living close to people, which could be dangerous if she went after their livestock. At last, on a bright October morning, the Ewaso Lions team sighed with relief as they spotted Naramat nearby, her trio of cubs in tow.

Naramat means “the caring one,” which not only captures the lioness’s qualities, but also that of the conservationists who have monitored her and the communities who have embraced her for 12 years. She is a special lioness because rather than living inside the government designated protected area, Naramat is a “community lioness,” spending most of her time near villages. Her choice to live alongside people is evidence that the Westgate communities are deeply conservation minded; they have truly made the area a place of human-lion coexistence. 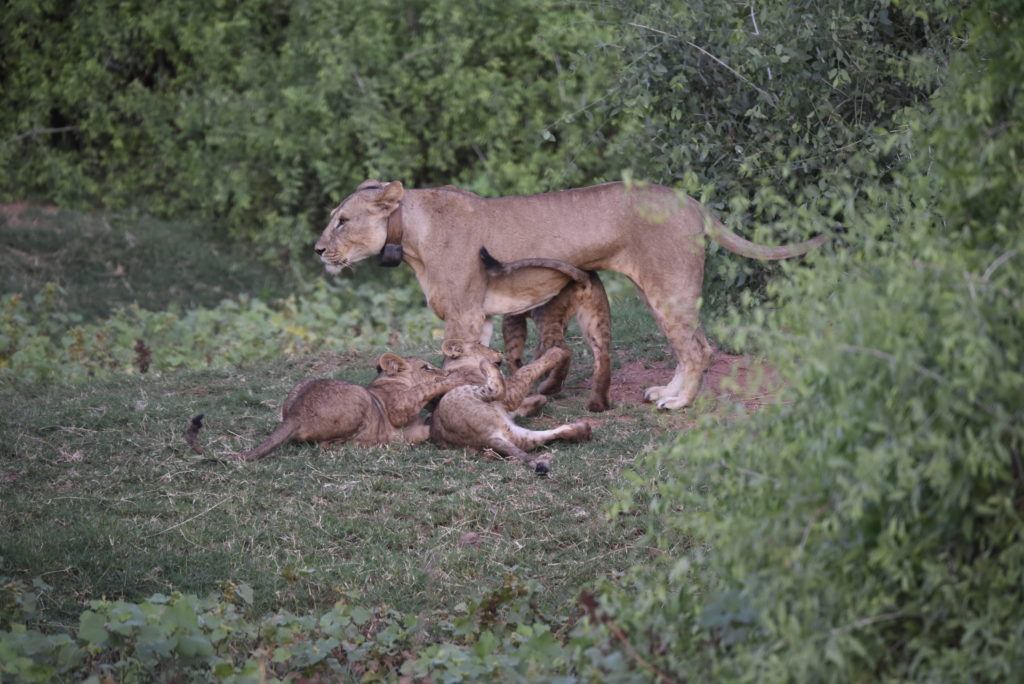 Naramat is a special lioness that prefers to roam independently from a pride. She and her three cubs have safely returned to Westgate Conservancy together, much to the delight of local communities and Ewaso Lions.

A few years ago, it seemed as if Naramat may have lost her taste for being Westgate’s community lion when she left and settled 21 miles south in Il Ngwesi Conservancy. The Ewaso Lions team didn’t know if Il Ngwesi was suitable habitat for lions, but Naramat seemed to sense she would find more water and prey there. After seeing her success in Il Ngwesi, Ewaso Lions followed suit, helping to build tolerance for lions amongst the communities in Naramat’s second home. Naramat has since traveled back and forth between Westgate and Il Ngwesi several times, moving through some dicey territory along the way—unfamiliar areas where people may not want a lion for a neighbor. Each time she makes this pilgrimage, it puts the Ewaso Lions team on edge until they know she is in a safe area.

Recently, Ewaso Lions was reminded that even close to home, addressing conflict between communities and lions requires persistence. Not far from Westgate, in a nearby village, Naramat made a meal out of a herder’s livestock. The community was up in arms. This inspired Ewaso Lions to set up a mobile camp close to the conflict hotspot, where they actively monitor the movements of both Naramat and the livestock. This way they can alert herders if a lion is nearby, stopping conflict before it starts. 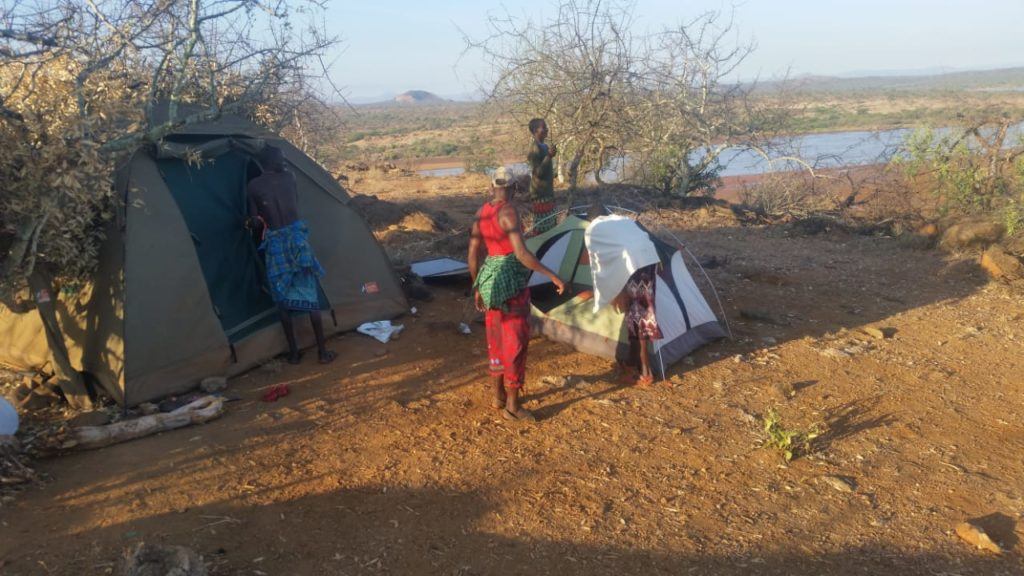 After Naramat killed some livestock in a nearby village, Ewaso Lions set up a mobile camp there to stop any additional conflict.

Naramat has shown Ewaso Lions that real coexistence in community areas is possible. She is famous in Westgate where the local people are equally as invested in her well-being as conservationists. In fact, Ewaso Lions sees no distinction between communities and conservationists when it comes to protecting lions. As Naramat moves between Samburu and Il Ngwesi, she continues to be a symbol of Ewaso Lions’ success in integrating communities and conservation, helping people and lions share the landscape.