Carlos Barrios was in the right place at the right time. It was early June, and he was walking through the forest on his property, his boots muddied from the rain-soaked dirt path. He reached a stream shallow enough to cross on foot, but as he gingerly took his first steps into the water a high-pitched screeching stopped him cold. A baby cotton-top tamarin was in the water struggling to pull herself onto a slippery rock. Cotton-tops are completely arboreal, they never intentionally come to the ground; this one was probably too young to properly maneuver around the forest and likely fell moving from branch to branch. Carlos knew if he left her, the cotton-top wouldn’t survive. He scooped her up with his bare hand, enduring several bites from the nervous monkey, and carried her to his ranch. He then called Proyecto Tití.

Last year, Carlos signed an agreement with Proyecto Tití, an organization that protects endangered cotton-tops, pledging to conserve the forest on his land and to participate in Proyecto Tití’s reforestation program. As Colombia’s forests have depleted, primarily for agriculture and cattle ranching, cotton-tops have become trapped in isolated forest islands. Because cotton-tops never come to the ground, they need continuous forest to survive, so one of Proyecto Tití’s primary strategies is to bridge these islands. They work with farmers, including Carlos, to protect, grow, and connect the forests on their land. 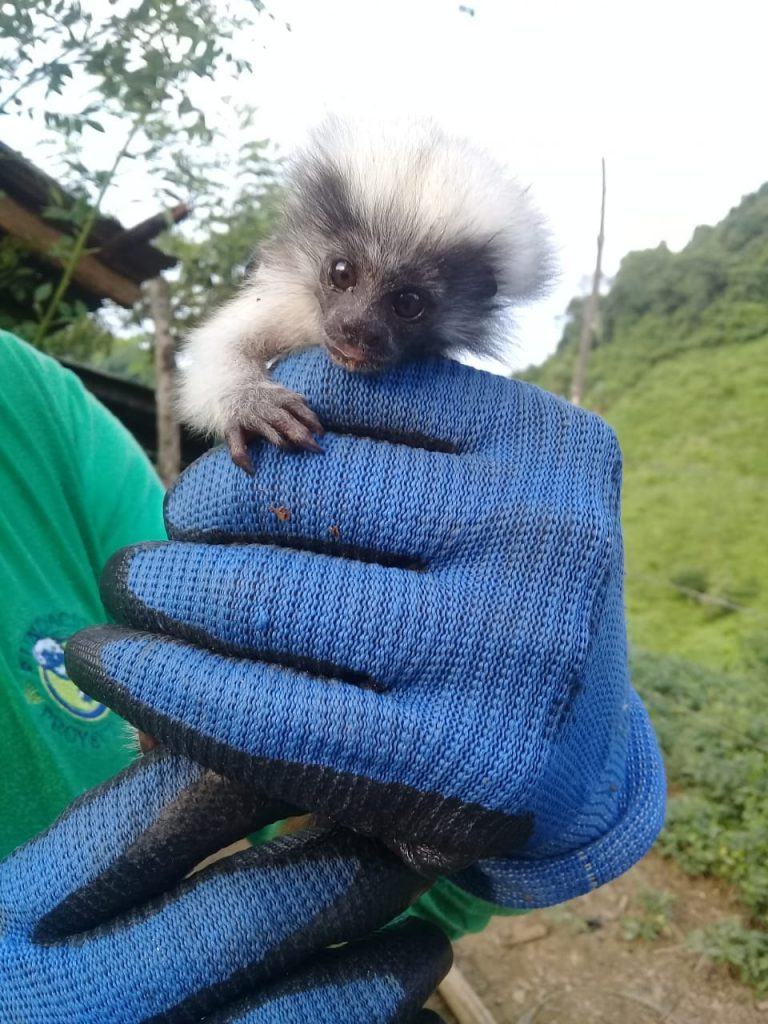 The baby cotton-top tamarin rescued from a stream by Carlos Barrios.

With two Proyecto Tití field assistants, Rodrigo and Aldair, Carlos retraced his steps back to where he found the baby cotton-top. Since cotton-tops are fiercely territorial, her family should still be nearby. Cotton-tops have unique vocalizations for different situations—grooming, begging for food, alarm calls for danger, etc.—when they hear a territorial call, they emerge to chase off the potential intruder. Proyecto Tití has collected recordings of these calls, so for three hours Rodrigo and Aldair walked around with speakers playing recordings of territorial calls. Sure enough, the family showed up to investigate. 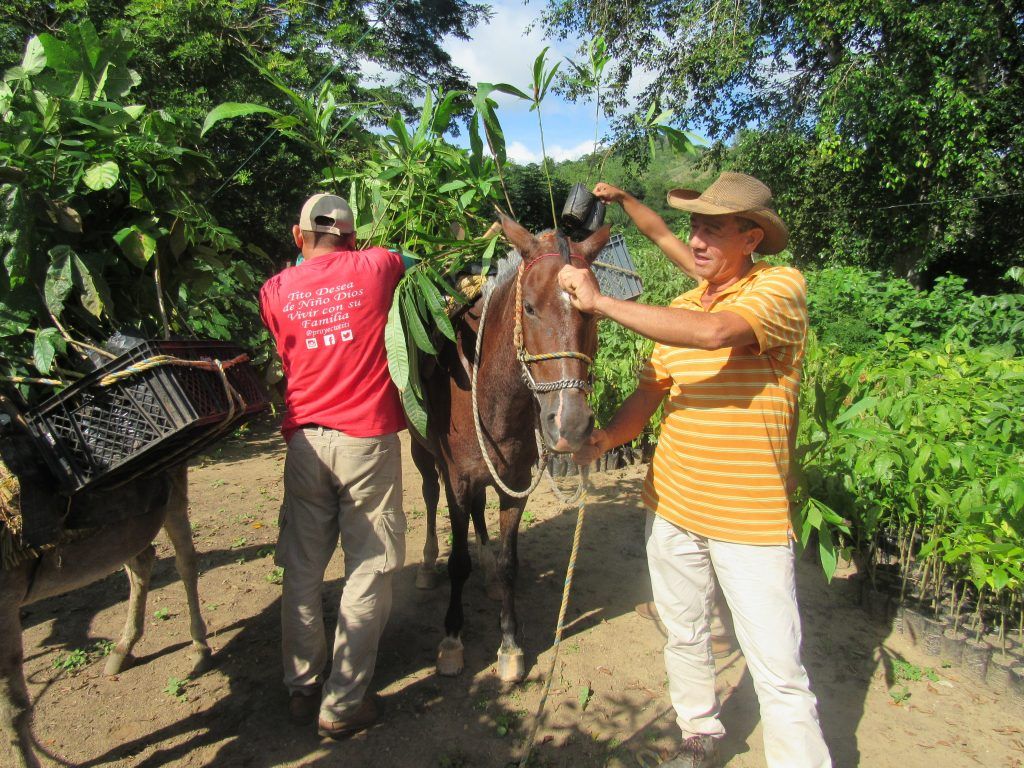 Carlos Barrios (in the yellow shirt) contacted Proyecto Tití to return the baby cotton-top to its family.

Rodrigo and Aldair had the baby in a small carrier which they hoisted as high into the trees as possible. Hiding in the foliage, they watched as an adult cotton-top scurried towards the carrier, the leaves shaking beneath her weight as she dashed along the branches. In seconds the cotton-top had the baby in its arms and was carrying her through the trees. Just like that, the rescued cotton-top was home.