After carefully lowering them off the truck, Jean Ferus Niyomwungeri and his small team of colleagues carried several wooden crates closer to the lake. The area was secluded, fenced off from the lions, elephants, and other formidable animals moving about Rwanda’s Akagera National Park. Ferus removed the door from one of the crates and quickly stepped aside. Two tall, leggy birds, their heads topped with puffs of flaxen feathers, rushed out—a pair of grey crowned cranes were running boldly into their new home. These were two of the 160 captive grey crowned cranes the Rwanda Wildlife Conservation Association (RWCA) has reintroduced into the wild. Once confined to the gardens of high-end hotels and wealthy homes, these 160 birds now represent the last captive grey crowned cranes in Rwanda. 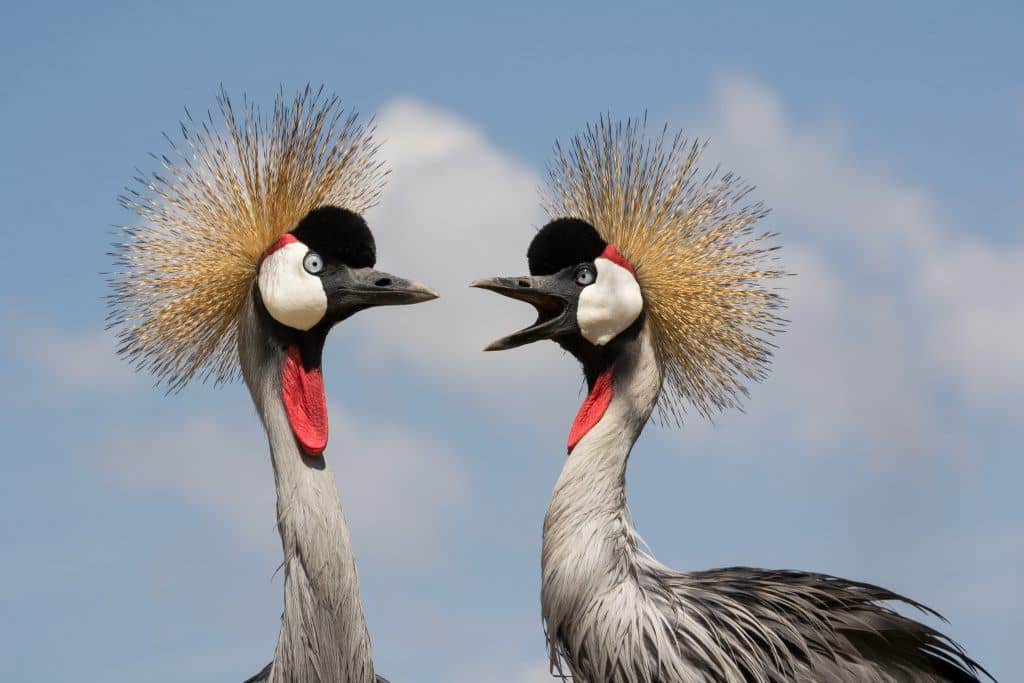 A pair of grey crowned cranes

Grey crowned cranes are striking birds, easily recognizable by the golden feathers that seem to erupt from their heads like a starburst. In Rwanda, they have long been a symbol of wealth and longevity, kept as pets by the well-to-do. Sadly, captive cranes are relegated to a life of stress, malnourishment, and premature death. This illegal pet trade is also a major threat to the species’ survival.

As RWCA’s Community Conservation Manager, Ferus works to ensure none of Rwanda’s grey crowned cranes are captive; he helps reintroduce captive cranes to the wild, monitors them post-release, and works with communities to prevent future poaching of cranes. Ferus is also one of the 2019 WCN Scholarship Program recipients; he is pursuing a Master of Science at the University of Rwanda where he researches the movement of grey crowned cranes within Rwanda and across its borders. He will use this information to design better conservation strategies to protect these endangered birds. 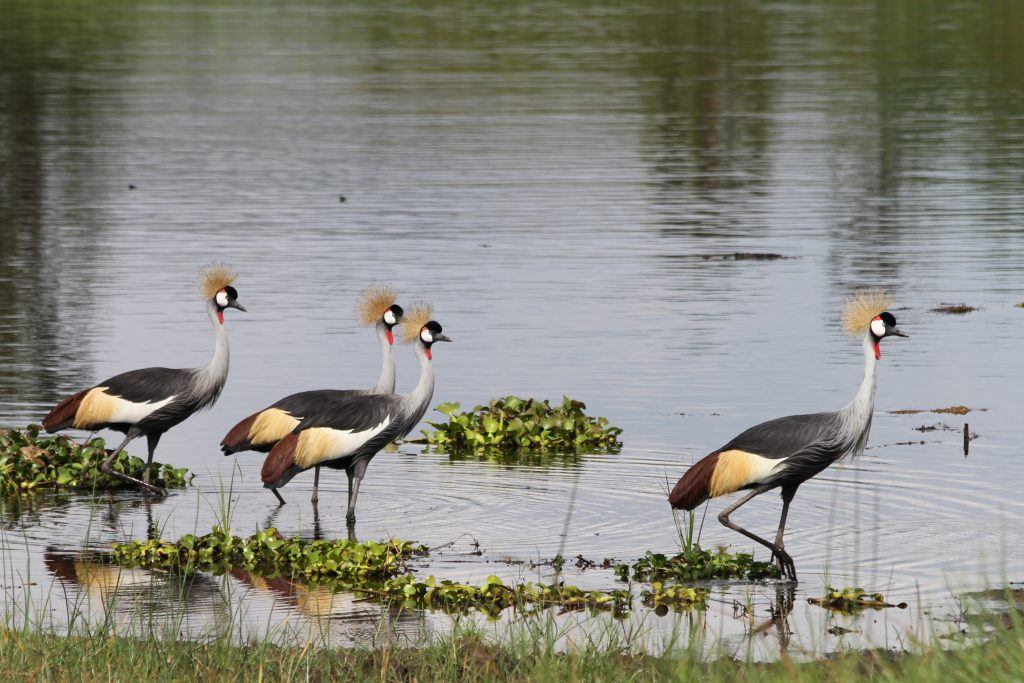 RWCA has been very successful at rescuing and releasing captive cranes. Part of their success is due to an amnesty campaign they ran with the Rwandan government that promised no legal repercussions against people voluntarily surrendering their captive cranes. After a period of quarantine and medical treatment, RWCA reintroduces these cranes to the wild in one of two ways: healthy birds are released in Akagera National Park, home of Rwanda’s largest protected wetland and RWCA’s rehabilitation center for grey crowned cranes; disabled birds that are unable to fly and can’t survive in the wild are relocated to Umusambi Village. Built on natural marshland on the edge of Kigali, Umusambi Village is a 40-acre wildlife sanctuary. It was designed to offer an enriching, safe habitat for grey crowned cranes while providing educational and recreational opportunities to visitors. Ferus has played a key role in developing Umusambi Village, helping RWCA move 51 disabled cranes there just a few months ago. 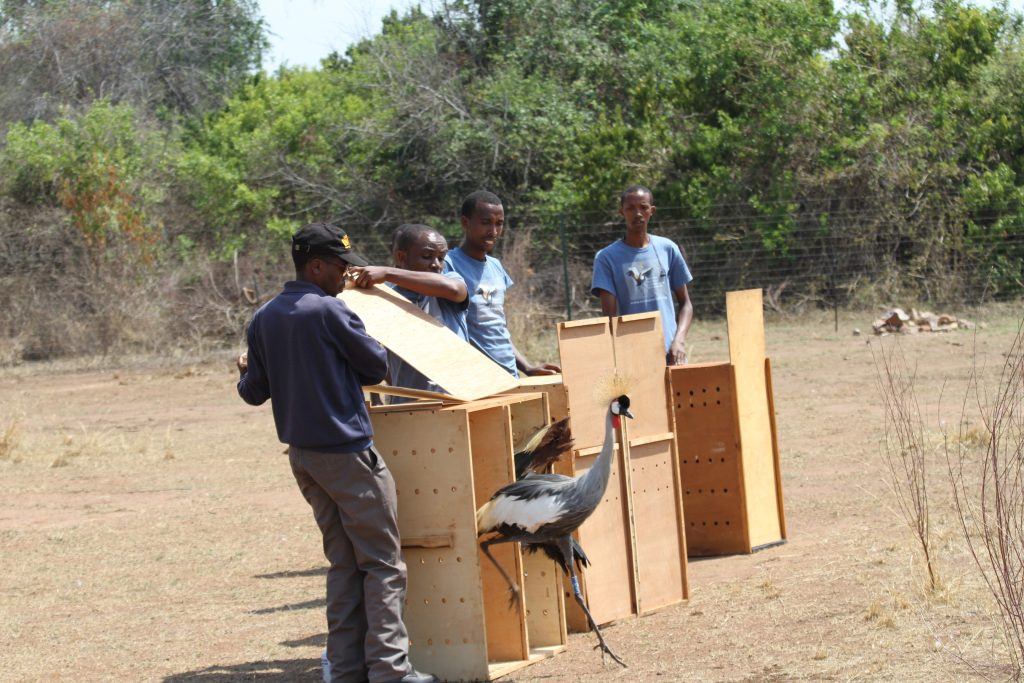 Ferus and the grey crowned cranes he protects are embarking on a new, bright future together. Aided by his WCN scholarship, Ferus is getting a chance to advance his career as a leading conservationist; in turn, he is helping to give Rwanda’s grey crowned cranes a second chance to be wild.