The baby’s grip tightened around shocks of her mother’s red hair as they descended from the high tree limbs. It was rare that they visited the world below, for orangutans are Earth’s largest arboreal mammals. Here in Malaysian Borneo’s Lower Kinabatangan Wildlife Sanctuary (LKWS), Hutan, one of WCN’s newest Conservation Partners, monitors and protects orangutans like this mother and infant. Their work is instrumental to understanding the relationship that orangutans have with the strange territory where this pair was now headed—a neighboring palm oil plantation. 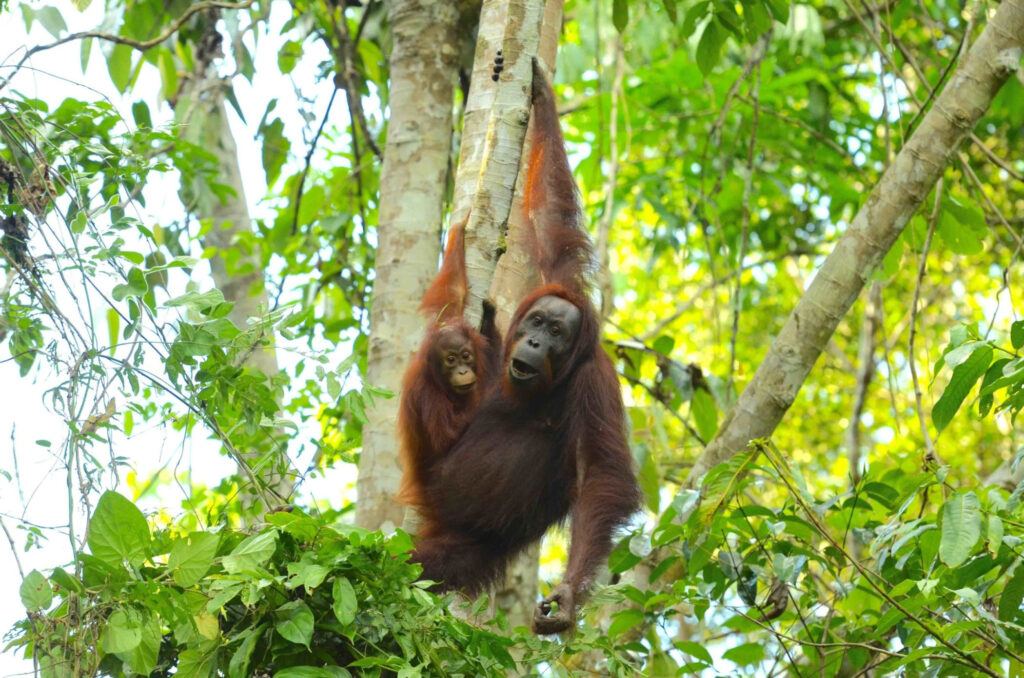 LKWS is home to one of the world’s oldest tropical rainforests and harbors hundreds of Bornean orangutans. Since 1998, Hutan has used LKWS as an intensive study site for these great apes. Orangutans are solitary, elusive, and give birth once every eight years, making their populations sensitive to threats like habitat loss. Across Borneo, orangutans have lost half of their original range in the last half century due to large sections of lowland forest being cleared for agricultural development, particularly palm oil plantations. Only 800 individuals—20% of their former number—remain in LKWS today. Scientists once believed that these apes depended solely on intact forests to thrive, but after decades of research, Hutan discovered that these ginger primates were more resilient than originally thought. 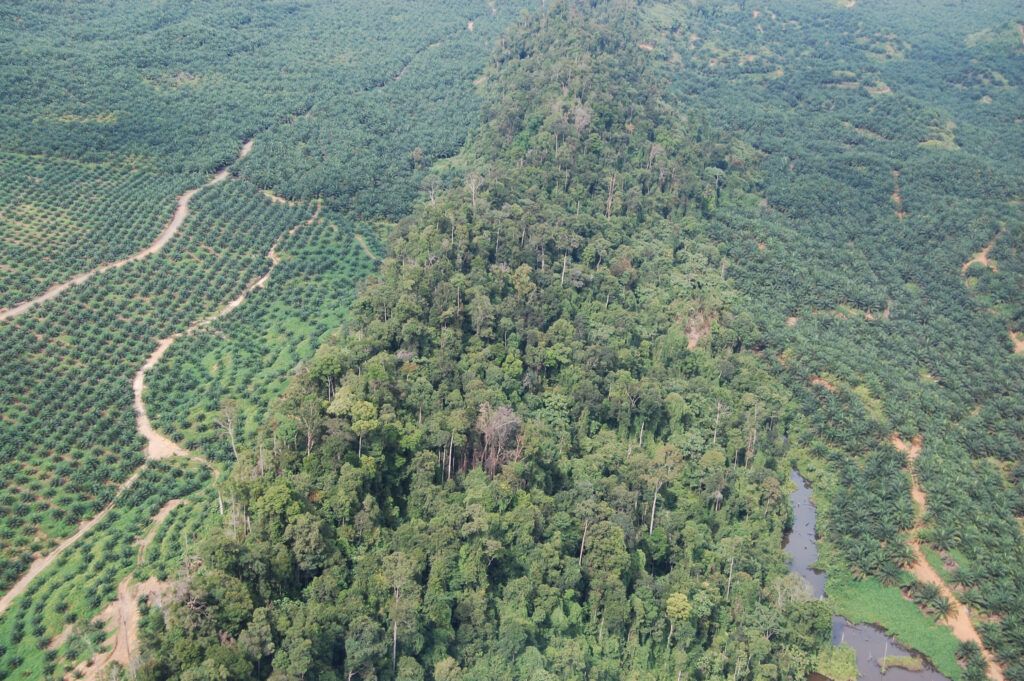 Mosaic landscapes—wild forests found alongside palm oil plantations—are suitable orangutan habitat so long as the small forest patches within the plantations are maintained so they can travel between them.

Orangutans regularly venture into palm oil plantations adjacent to their forests, both for food and to reach other untouched forest patches floating like islands within the palm fields. With ample fruit, palm fronds to build nests, and suitable mates to be found among these fields, orangutans have adapted to travel through this mosaic landscape of wild forest and agricultural land. Hutan’s data also shows that the majority of Borneo’s remaining orangutans live outside of protected areas like LKWS and inside these forest patches; of the 25 patches that Hutan surveyed in Kinabatangan, 20 of them regularly housed orangutans. This makes these patches essential to maintaining connectivity between orangutans for breeding. Without this connectivity, fragmented groups will remain permanently isolated, eventually disappearing. 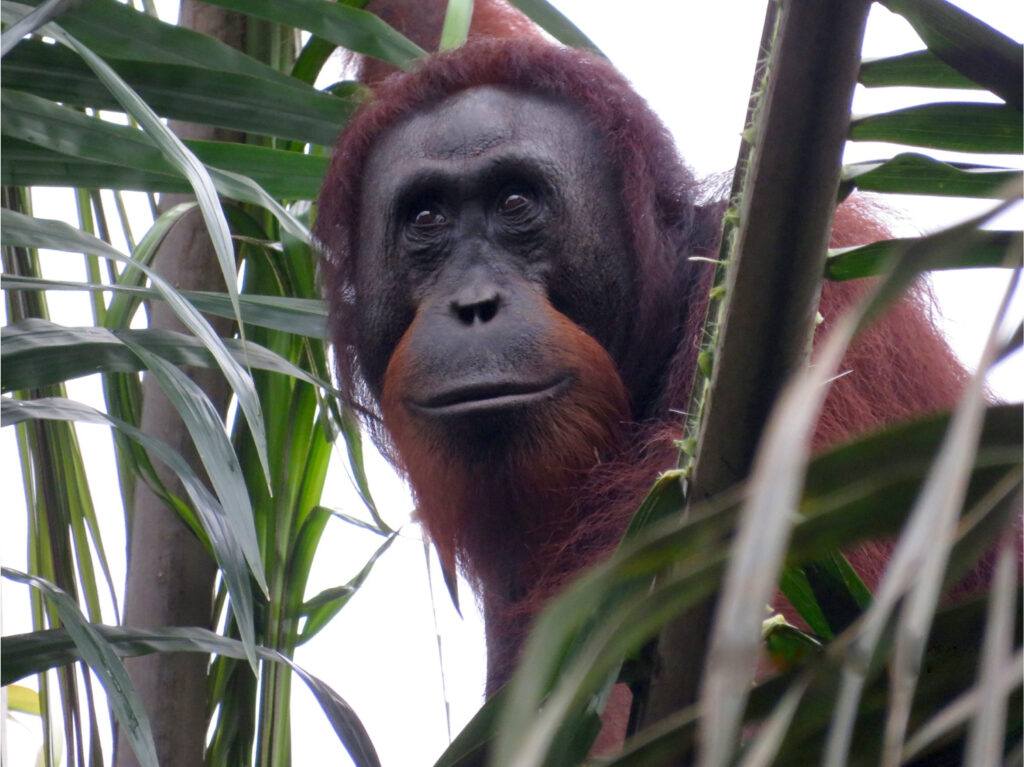 An orangutan in a palm tree.

To protect these vital islands, Hutan engages with willing palm oil companies to maintain and create new forest patches and corridors within their plantations. This enables wandering orangutans to connect with others across the palm fields without disrupting the production of this lucrative industry. Hutan’s team patrols the plantations to make sure no one is interfering with the orangutans’ progression. Their forest restoration program improves the quality of these patches, planting over half a million new trees in the last 20 years. Hutan also works with the Malaysian government to acquire land for new forest patches and improve land management practices to prevent further habitat degradation. 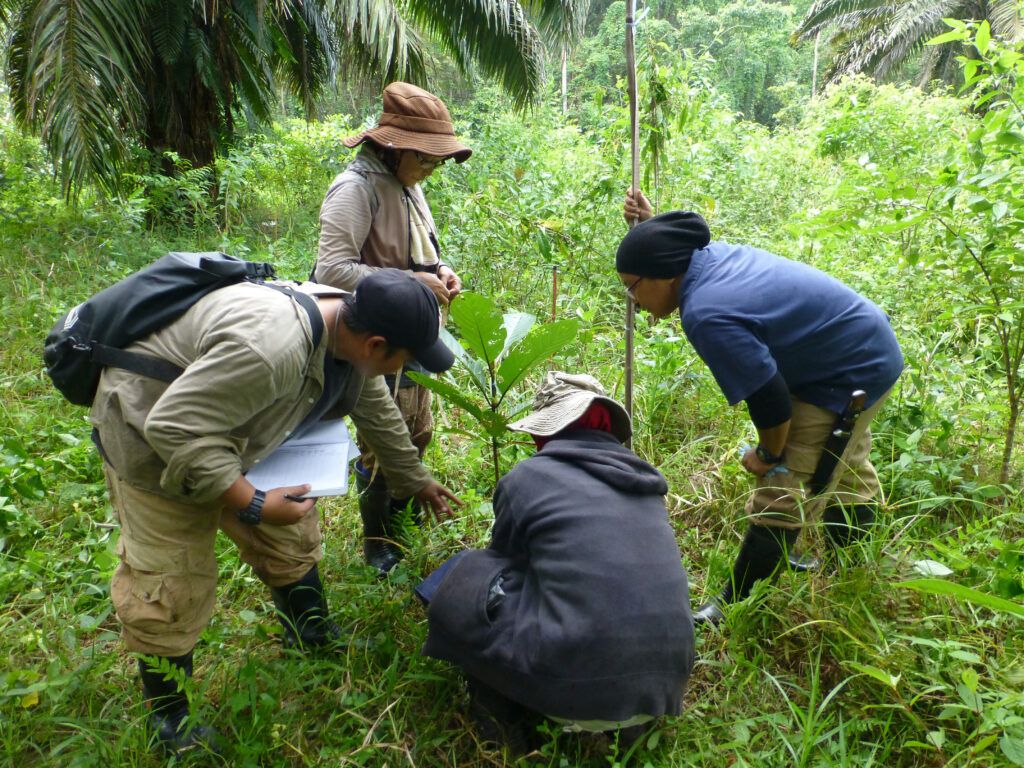 As they continued their journey across the field, the mother orangutan plucked a ripe fruit from a budding palm and passed it over her shoulder to the baby on her back. Thanks to Hutan’s dedication to understanding orangutan behavior and promoting peaceful coexistence between them and palm oil growers, this brave pair will reach their next destination among the trees without incident.