As the morning light reached through the canopy, Richard Gelo turned to his crops and waited for signs of movement. The visitor he was expecting first found his farm nearly a year ago. Since then, these occasional pit stops had become regular. Before long, Mr. Gelo’s guest emerged from the thick jungle of the Okapi Wildlife Reserve snout first. Nembongo, one of the Democratic Republic of Congo’s elusive and endangered okapi, casually munched on Mr. Gelo’s bean plants as the two peacefully shared a quiet morning. This connection between a wild okapi and a human is the first of its kind ever witnessed by conservationists.

Named after the area where Mr. Gelo lives, Nembongo is a rarity among a rare species. Okapi are nearly impossible to see in the wild; they are solitary animals that blend seamlessly into their habitat and make little sound. Naturally shy and skittish, okapi immediately flee when their sharp ears detect humans nearby. Yet at a short distance, Nembongo appears comfortable with Mr. Gelo, which makes his routine visits to the farm quite historic. Nembongo’s visits also provide a unique chance for conservationists at the Okapi Conservation Project (OCP) to see a wild okapi in person. 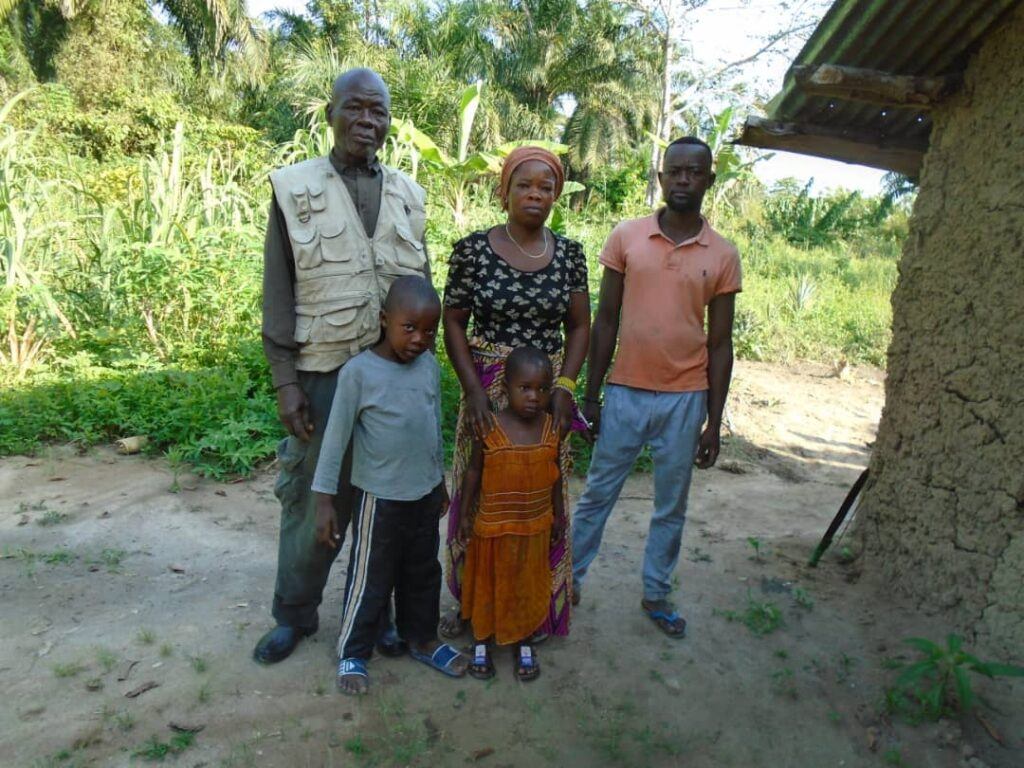 Mr. Gelo and his family on his farm in Okapi Wildlife Reserve.

The opportunity to reliably locate a wild okapi is priceless for OCP, since most knowledge about okapi comes from researching those in zoos and sanctuaries. In over 30 years, this is the first truly wild okapi that OCP has been able to study in person. Monitoring Nembongo allows them to learn more about wild okapi behavior and food preferences, which will help them better understand the conservation needs of the species. 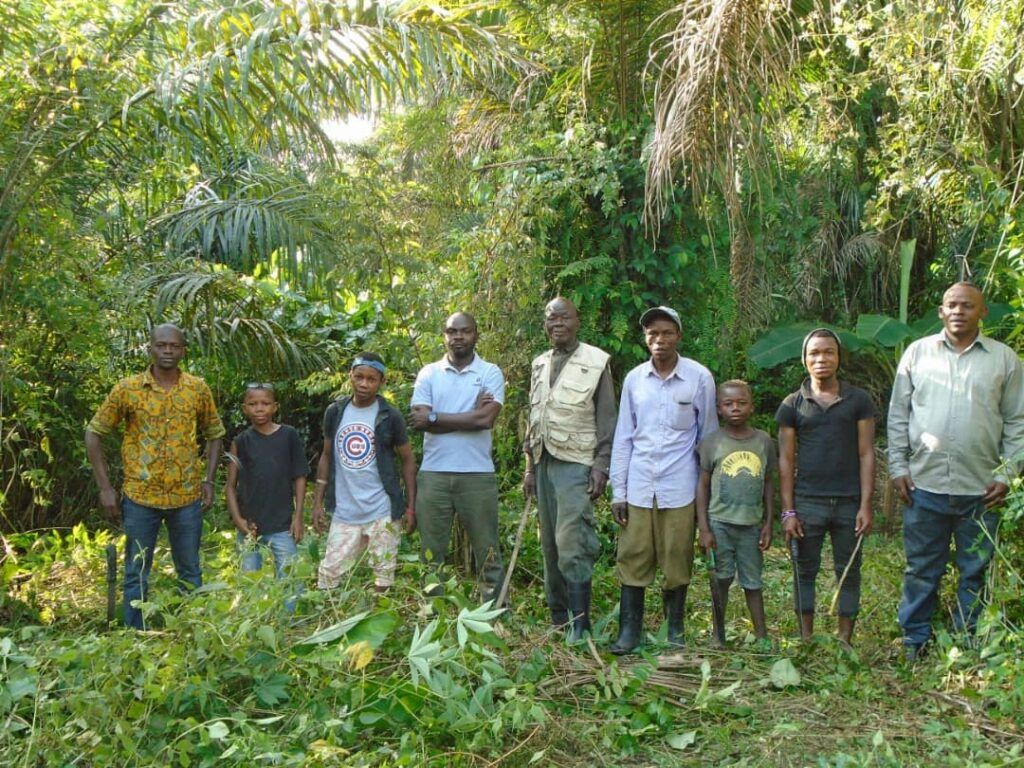 Mr. Gelo with the OCP Education and Agroforestry Teams.

When Mr. Gelo first told OCP about these special encounters, the conservationists began gathering information about Nembongo’s morning and evening visits. They positioned camera traps on the farm near the crops and shoots that Nembongo likes to eat, to better understand how frequently he feeds there. That Mr. Gelo gave the conservationists unfettered access to his land to study Nembongo is a testament to the trust between him and OCP. 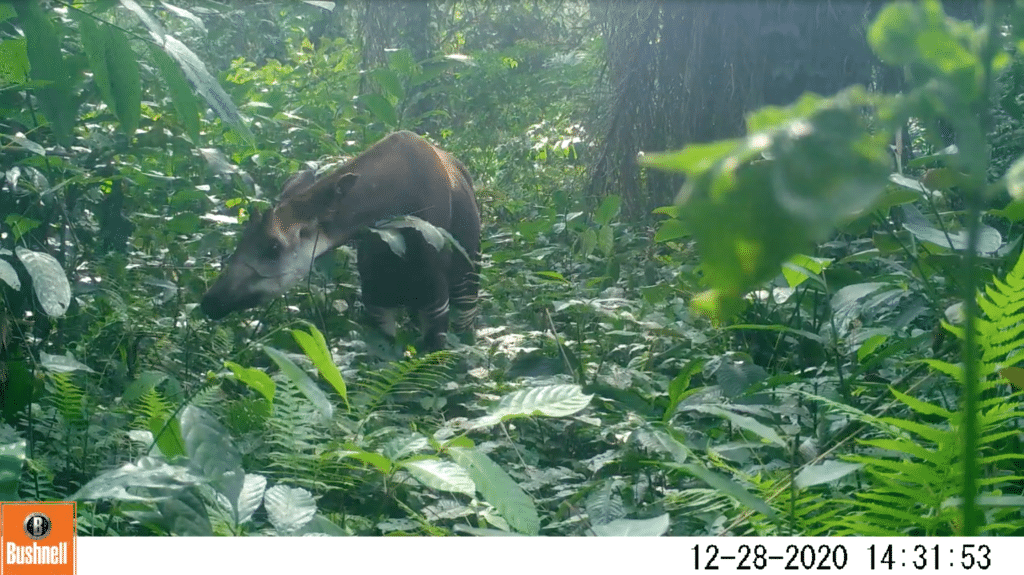 OCP reimburses Mr. Gelo for the crops that Nembongo eats so that their observations can continue without affecting his livelihood.

Mr. Gelo already had a strong relationship with OCP before he connected with Nembongo. He participates in OCP’s agroforestry program, which supports both the reforestation and agricultural sustainability of the Reserve, including Mr. Gelo’s land. Through the program, OCP provides seeds, tools, and funding to Mr. Gelo to hire staff for his farm. The staff are primarily Mbuti Pygmies, who help cultivate the crops that Nembongo eats. This program safeguards and improves okapi habitat while also helping farmers like Mr. Gelo thrive, and creates the stable conditions that make the unprecedented friendship between Mr. Gelo and Nembongo possible. 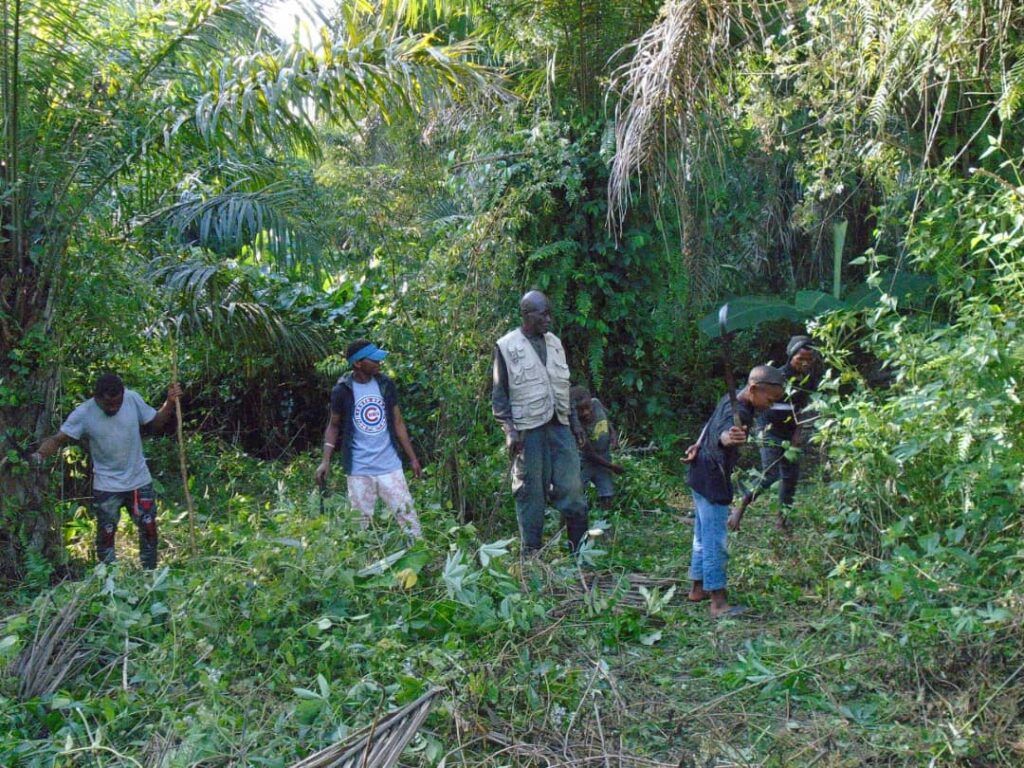 Mr. Gelo is the only farmer to have such a unique connection with an okapi, and takes great pride in the trust he has built with this intrepid animal. As the relationship between these two becomes better known, OCP hopes it will inspire others to develop a passion for protecting the forest for okapi like Nembongo.