Being a wildlife conservationist is a powerful responsibility. By definition, they’re acting for the preservation and protection of wildlife and their decisions can have an effect on an entire ecosystem. So how then do they make such weighty decisions? If an animal is in danger, how do they decide whether to intervene and when to step back and let the natural cycle of life—birth, growth, and death—function properly?

The general rule of thumb is that if the threat faced by the animal is a natural threat, the conservationist will not intervene. For example, it’s not a conservationist’s place to try and warn a gazelle herd when a pack of lionesses is sneaking up behind them. That’s not fair to the lionesses who are trying to feed their entire pride, and in most cases, it’s actually not good for the health of the gazelles either. When a gazelle has gotten old, sick, or weak, being taken out of the herd can keep the rest of the herd from slowing down. In a situation like this, this is nature’s way of keeping the balance; lionesses are able to provide for their families and keep a check on the gazelle population. Without the lionesses and other carnivores, we would have too many gazelles who in turn would over-consume the grasslands, causing stress on the landscape and leaving nothing for other species in the food chain, down to the tiniest insects who also have their own roles to fill. Every member of the ecosystem is connected in one way or another.

When we see immediate threats to an individual animal it’s still important to keep the bigger picture of the entire ecosystem in mind and consider the possibility that these threats might be a clue to a larger problem. For example, if a population of wildlife appears to be starving, a conservationist feeding them every day isn’t enough to solve the issue and the conservationists don’t want to encourage a dependency behavior from constant human interaction. Starvation can be a sign of a greater threat, such as drought or landscape management, that conservationists need to address. When Spectacled Bear Conservation (SBC) observed emaciated bears in the wilds of northern Peru during a survey, their starvation was affecting the bear population because the cubs couldn’t survive and the females couldn’t go into estrus. Rather than feeding the individual bears themselves, they focused on the fact that agricultural pressure from local farmers had eviscerated the sapote fruit that the bears depend on for their diet. Working with the community, SBC created a conservation plan to protect the bears and restore bear habitat. 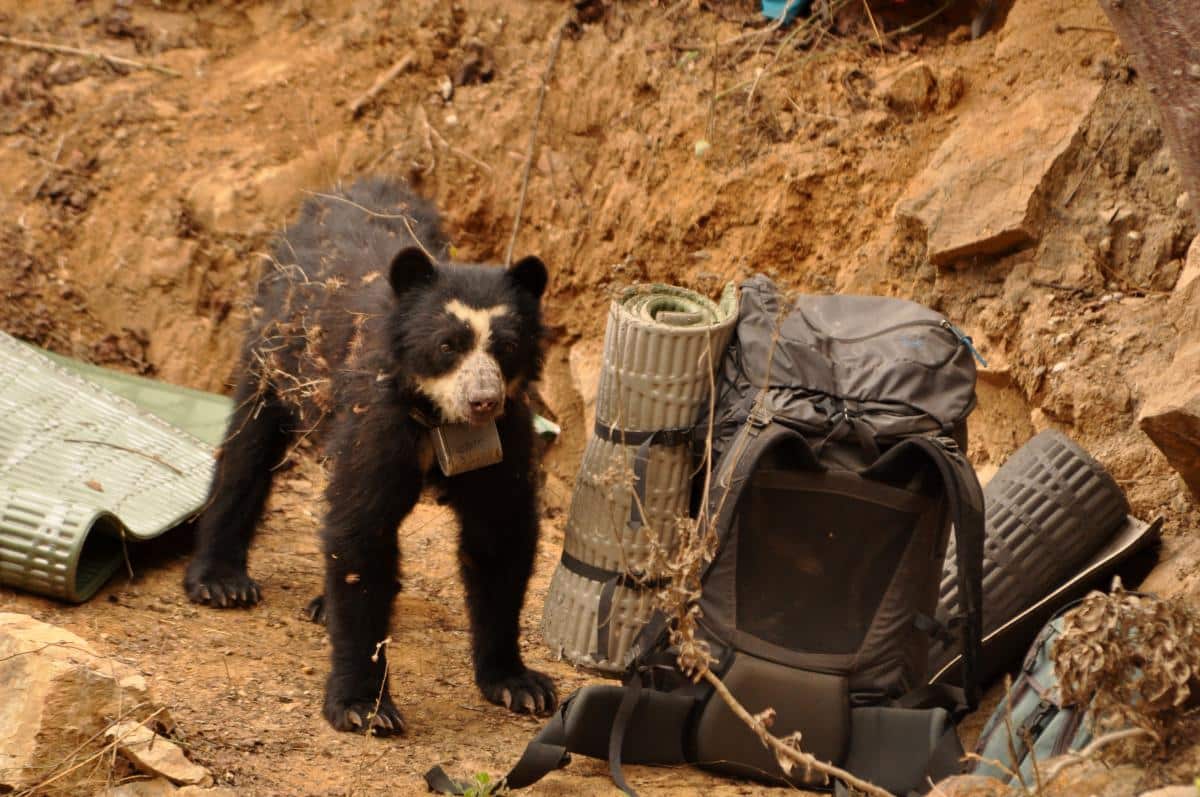 So when does a conservationist find that their intervention is necessary?  Often times it will be when an animal’s population faces a critical threat. For many endangered species, their population numbers are far fewer than what they were a century ago and even the challenges that they’ve faced for millions of years can be devastating to their now-reduced populations.  In 2017, saiga antelope in Mongolia were struck with an outbreak of disease that would kill more than 4,000 saigas, a quarter of the Mongolian saiga population. If the disease continued to spread, it threatened to wipe out as much as 80% of the entire population of Mongolian saigas, not to mention spread to livestock and other wildlife in the area such as snow leopards, ibex, wild boars, and camels. Losing large numbers of any of these animals could devastate the ecosystem unless conservationists, including our partners at Saiga Conservation Alliance, intervened immediately. Conservationists arrived to the area and administered vaccines to saiga to keep the outbreak under control and continued to patrol the area with anti-poaching units to help their population rebound to its original numbers.

When diseases break out in saiga populations the results can be devastating. Conservationists must act quickly before it's too late.

Another time that conservationists will step in is when the threats facing wildlife are man-made. In 2014, our partners at Cheetah Conservation Botswana (CCB) responded to three different calls for help from local community leaders regarding a trio of young cheetahs causing trouble for villagers. The two brothers and their sister were suspected of taking small livestock from local farms. In retaliation for this, the two males had been shot and killed; one of which had an existing snare injury on his hind leg that had made it much more difficult for him to hunt, which was why that cheetah was preying on livestock. The third cheetah was found alive by a local game farm operator days later, with her leg caught in a snare.

This was obviously a hostile place for cheetahs and CCB had to decide—once they had rescued the injured cheetah—if it was wise to release her back to the same environment in which they’d found her, where she too might face the same fate as her brothers. Moving an animal out of their home is a strategy CCB is adamantly against, because the solution is not effective in the long term for reducing conflict, and successful outcomes are difficult to achieve. They would much rather teach farmers effective ways to protect their livestock and how to coexist with predators. However, in this situation they chose to relocate the cheetah out of the hostile environment where farmers were already taking matters into their own hands. The cheetah, named Thaki, was rehabilitated, fitted with a GPS collar, and released into a remote area with abundant prey that was far from settlements and livestock. At first, she did well, but after a few weeks, she started moving closer and closer into an area with farms and known poaching problems. Finally, her GPS position stopped showing changes from one day to the next. The team tracked her GPS, driving several hours to the coordinates and found a devastating sight, the charred remains of Thaki’s collar in a small fire and human footprints. The findings were reported to local officials and a farmworker was arrested for shooting Thaki; he had killed her in retaliation for killing a goat and to get money by selling her skin. CCB’s team had given so much of their time, love, and planning to save Thaki and to have the outcome lead to this was devastating but it would be a learning experience to save future cheetahs.

Conservationists can do their best to help wildlife but wild animals will always be free thinking and independent—they make their own decisions on what they want and where they want to go. Having dedicated their lives to protecting wildlife, conservationists are well versed in the art of “doing their best and letting go.” Sometimes the decisions they make will work out the way they planned and other times it won’t. But they will continue to persevere on their mission and never stop using what they know for the good of the environment, and wildlife as a whole.