The morning light draped across the plains as Dominique Gonçalves sat in her vehicle, searching for elephants. She always appreciated the still mornings in Gorongosa National Park, over 1,500 sq. miles of picturesque wilderness in Mozambique’s Great Rift Valley. As manager of the park’s Elephant Ecology Project, Dominique closely monitors over 500 elephants as they move through and outside of the park. A significant aspect of her work is reducing human-elephant conflict, and as a participant in WCN’s new Career Program, she now has additional support to improve her project’s impact and help elephants and people to thrive together. 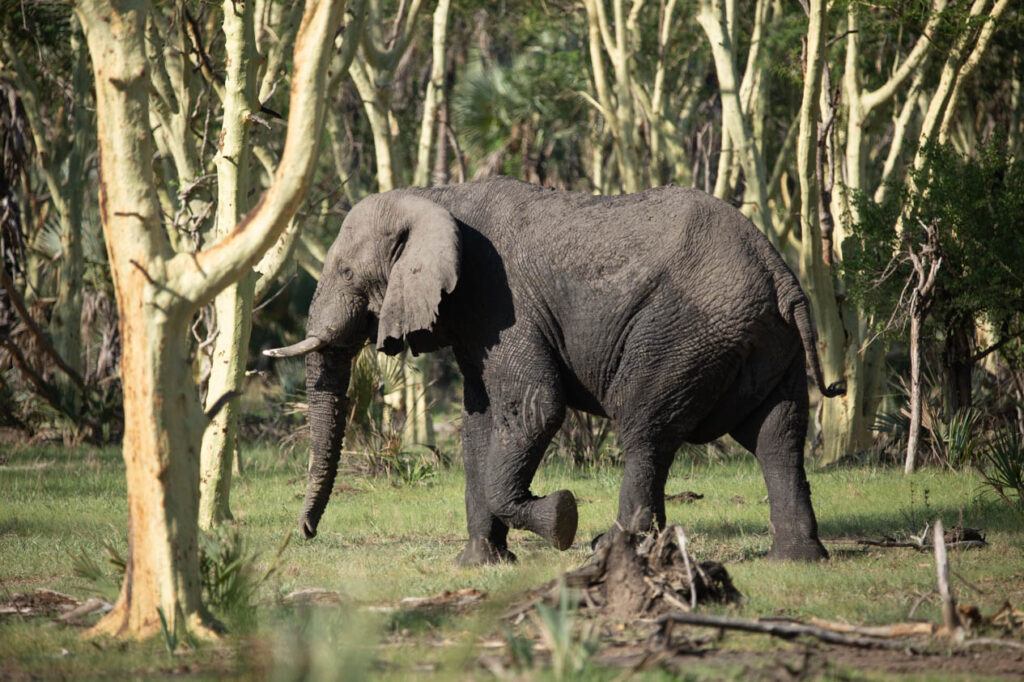 An elephant in Gorongosa National Park.

Born and raised in Mozambique, and currently practicing community-based work with The Gorongosa Project, Dominique is one of six conservationists supported by the Career Program in 2021, its inaugural year. This initiative provides financial support, skills training, and mentorship opportunities for career growth and to avoid attrition amongst local conservationists. Through the Career Program, leaders like Dominique can advance their roles as key decision makers in the stewardship of their country’s wildlife. Dominique believes that the ongoing mentorship she receives will be essential to becoming a self-sustaining, adaptive leader who can help protect Gorongosa’s elephants and foster coexistence with its adjacent communities. 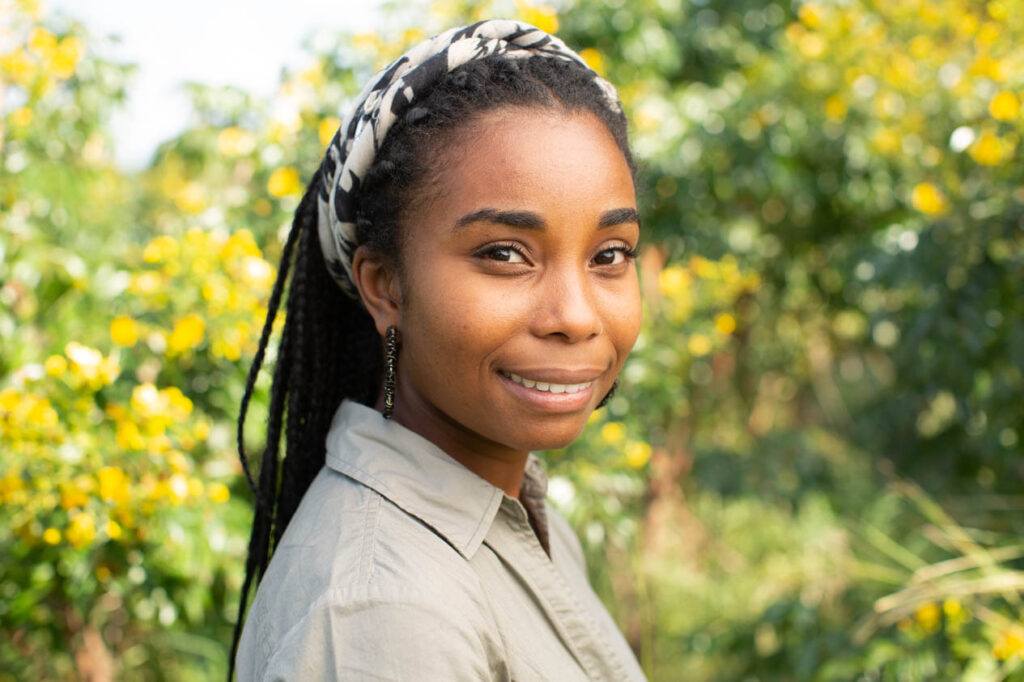 In addition to Dominique, WCN’s Career Program is currently investing in five other conservationists across Africa who are working to protect many types of wildlife.

There were once over 2,500 elephants roaming Gorongosa, but a long civil war devastated their numbers. They were poached for food and ivory, and when the war ended in 1992, fewer than 200 elephants remained. Gorongosa staff have spent years restoring the war-torn landscape and translocating animals back to the park. Today, about 1,000 elephants have returned, and Dominique wants to ensure these elephants are not lost to further conflict. The buffer zones around Gorongosa are home to many communities, and elephants sometimes wander into farmlands looking for food. Losing a year’s harvest to such raids understandably riles farmers, who use crop income for their families’ education and healthcare. They look to park management for solutions. 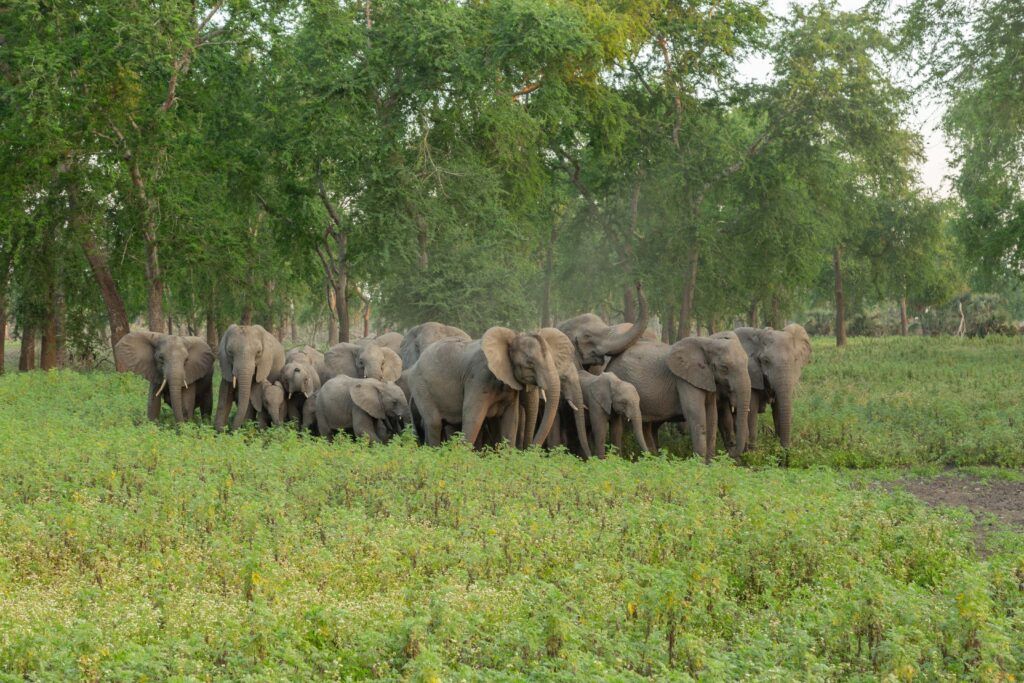 From 1977 to 1992, over 90% of the park’s large mammals, including elephants, were killed during the Mozambique Civil War. Since then, park management has worked tirelessly to bring wildlife back.

Dominique investigates elephant movement and seasonal distribution, determining where they may clash with neighboring communities. When elephants are spotted entering farmlands, a ranger team is deployed to scare them off with loud noises and fireworks. By safely warding off elephants and coming to the aid of farmers, Dominique’s project is supporting other park departments to promote human-elephant coexistence. Her ecology work has also been crucial to understanding how human pressure changes elephant behavior. She and her research partners discovered that after the war, many female elephants in the region rapidly evolved to be tuskless, likely in response to rampant ivory poaching. Understanding the evolutionary consequences of wildlife exploitation are increasingly important for conservation planning. 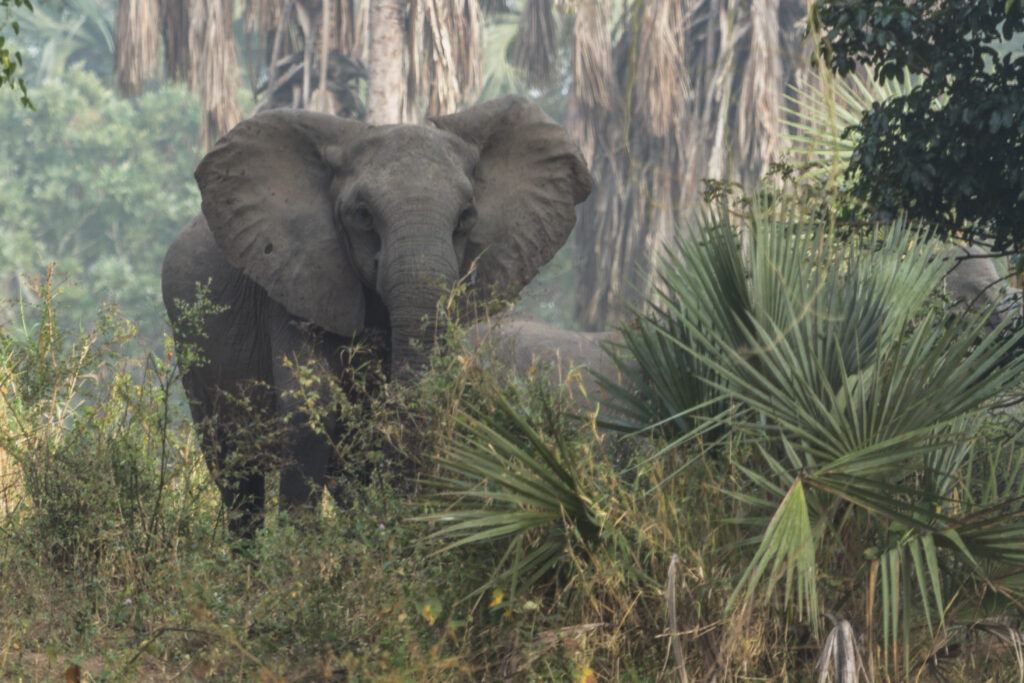 One of Gorongosa’s tuskless elephants.

As she spies a herd of elephants passing through the morning mist, Dominique takes pride in her role as a bridge between people and elephants. Coexistence takes time to cultivate, and with the Career Program investing in her growth, Dominique Gonçalves is eager to continue her elephant ecology project, get practical training to expand her work, and find new ways to build harmony between her communities and elephants.