During Pride month at WCN, we recognize and are grateful for all the incredible impacts that conservationists in the LGBTQIA+ community have on protecting wildlife all around the world. We also appreciate that wildlife comes in a variety of expressions, just like people. There is a common misconception that LGBTQIA+ expressions don’t occur in the animal kingdom, so we wanted to share some examples highlighting the spectrum of sexual behavior and gender expression that occurs among wildlife.

Many species of dolphins engage in non-reproductive sexual behaviors with the same sex, such as Amazon river dolphins and bottlenose dolphins. It is thought that intimate bonds formed between young males early on in their lives may prevent combative behavior toward each other in their later years, as bonds observed between older males are strong and long-lasting. 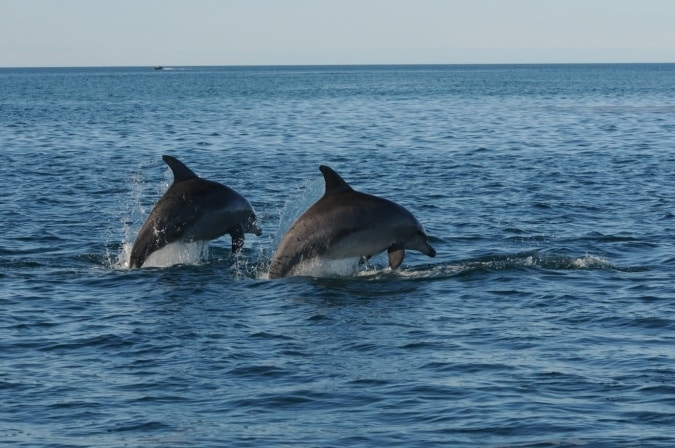 Same-sex courtships have been observed among male giraffes, who have been seen playing affectionately together and even necking in a non-aggressive manner. This sometimes can lead to mounting. Some studies have found that homosexual affection between male giraffes might be more frequent than affectionate heterosexual play. 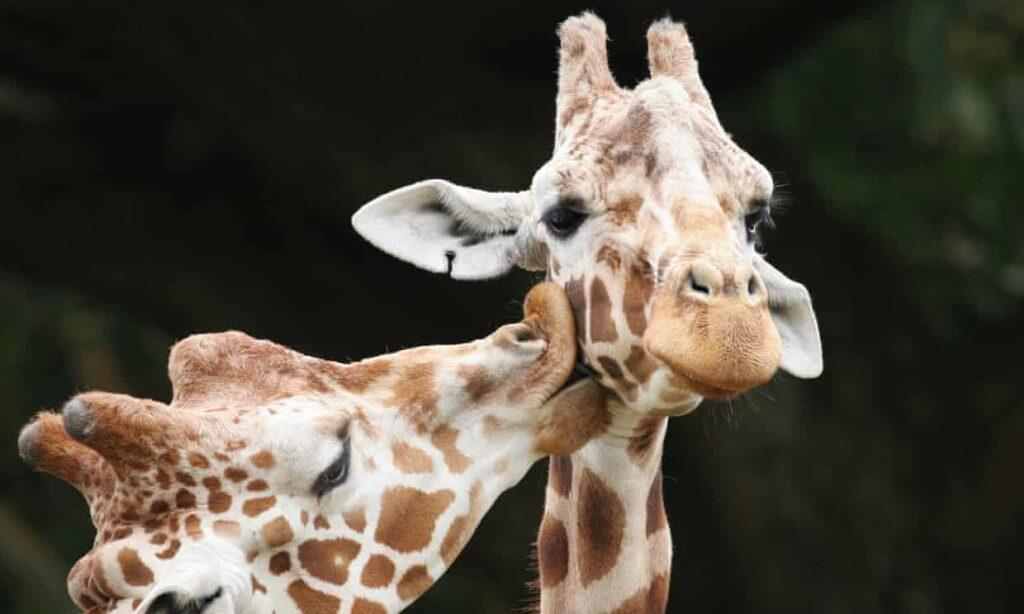 Male giraffes frequently show each other affection in a non-combative way.

Starfish are known to self-parent offspring with no male-female interaction whatsoever, reproducing through fragmentation. Similar to regeneration—when a new limb grows in place of one that has broken off—fragmentation can occur when one part of a starfish’s central body, called its disk, breaks off and grows into a new starfish. Studies even show that starfish who reproduce through fragmentation may stave off aging and live longer lives than those who experience sexual reproduction. 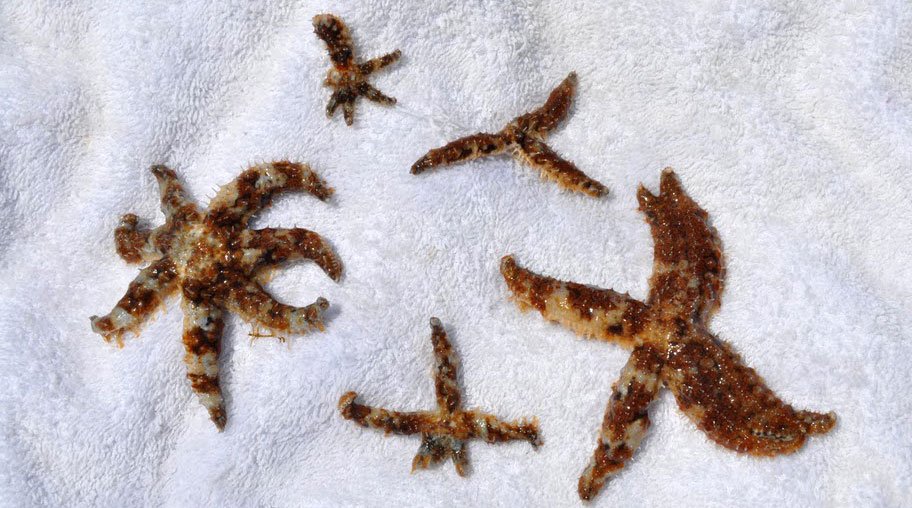 Starfish can reproduce asexually through a process called fragmentation.

Starfish are also one of many animals that can produce both reproductive cells associated with male and female sexes. Similarly, clownfish are all born as males but carry both sets of reproductive organs. When the head female of their matriarchal group dies, the dominant male will change sex and become female. 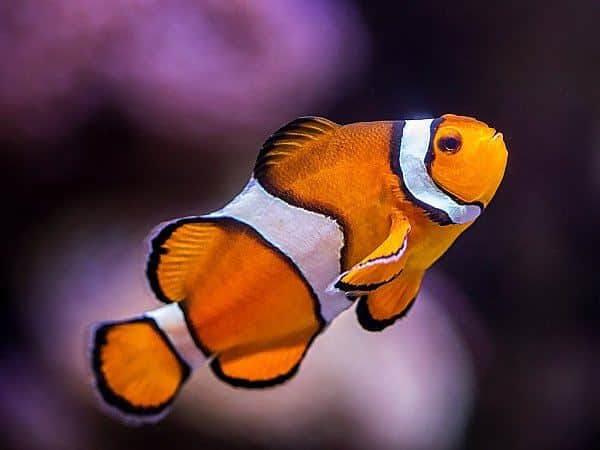 Clownfish are born as male but may become female if needed.

The Australian Bynoe’s gecko is an all-female parthenogenetic species, meaning it can reproduce all by itself without its eggs needing to be fertilized by a male. Sometimes referred to as “Wonder Woman” geckos, this species can outrun and outpace their sexually-reproducing cousins.

Australian Bynoe’s geckos are an all-female species that are faster and speedier than their sexually-reproducing relatives.

Lasyan albatrosses are known to mate for life, and in one population on the island of Oahu, 31% of these mated pairs are two unrelated females. These same-sex couples share the responsibility of rearing chicks, who are fathered by males who might already be paired up with other females. 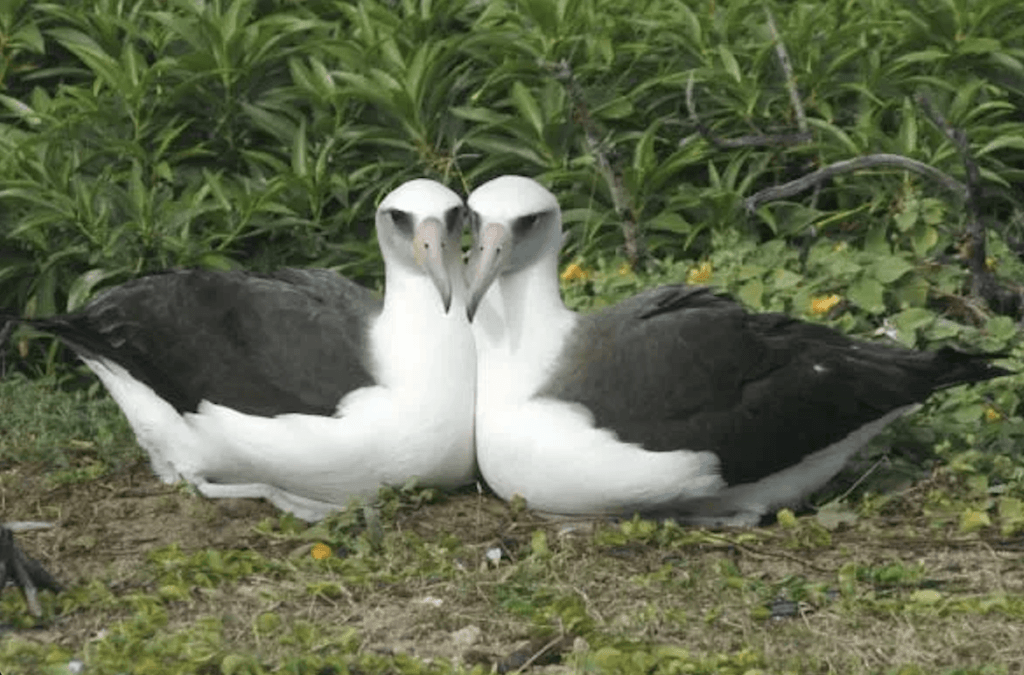 Female Lasyan albatrosses are known for same-sex coupling and co-parenting.

Perhaps one of the most heartwarming stories of same-sex coupling in the animal world is that of Jonathan, the world’s oldest living land animal. Jonathan is a Seychelles giant tortoise who resides on the island of Saint Helena in the South Atlantic Ocean and is estimated to be 189 years old. Jonathan’s mate since 1991 is Frederic, who was thought to be female until a medical examination in 2017 proved otherwise. While Frederic was under care, Jonathan proved a loyal soul mate and stayed by his side the whole time. 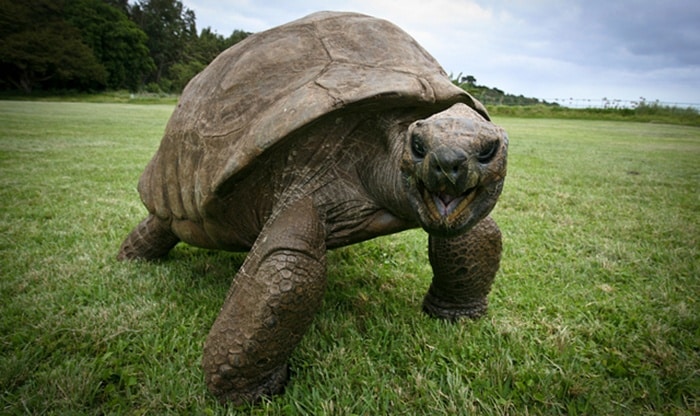 These are only a few of the countless examples of the amazing sexual diversity present in animals throughout the world. This Pride month and beyond, we hope we can all celebrate and protect all life on this one planet we share together.