The murmur of waves mingled with the teenagers’ laughter as they set their pails down in the white coral sands of Diani Beach. Kevin Lunzalu was satisfied with the contents of each brightly colored bucket—plastic bottles and debris, which unfortunately adorn this coastal area. Diani Beach is one of Kenya’s most popular tourist destinations, but garbage from nearby hotels and drifting marine plastics have negatively impacted the beach and the sea turtles that nest there. As a recent recipient of WCN’s Scholarship Program, Kevin is engaging the local community to make Kenya’s coasts hospitable for wildlife again. 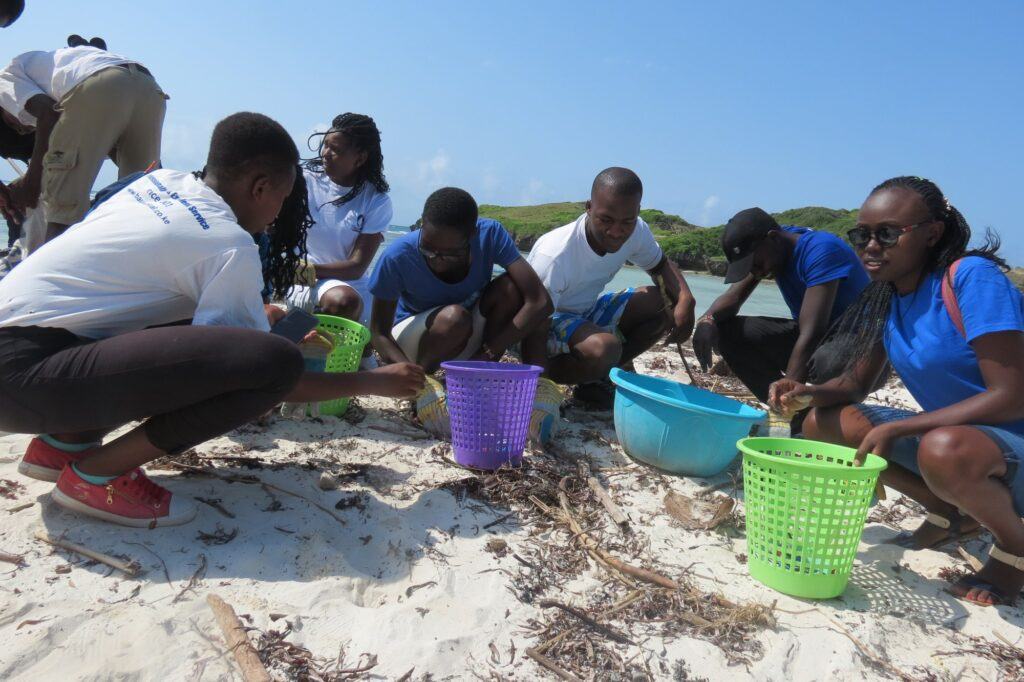 WCN Scholars pursue field experience and academic degrees to establish themselves as effective conservation leaders in their home countries. Kevin is using his scholarship to complete his master’s in Coastal Science & Policy. His research focuses on how marine pollution affects sea turtle hatchlings along Kenya’s coast, which will inform local policy to better safeguard their habitat. WCN proudly invests in students like Kevin, whose enthusiasm and expertise are shaping the trajectory of conservation. By supporting their development, WCN is empowering emerging conservationists to become tomorrow’s leaders in their respective countries and shepherd the future of endangered wildlife.

This year’s class of WCN Scholars is our largest to date, awarding over $428,000 in scholarships to 30 local conservationists around the world. 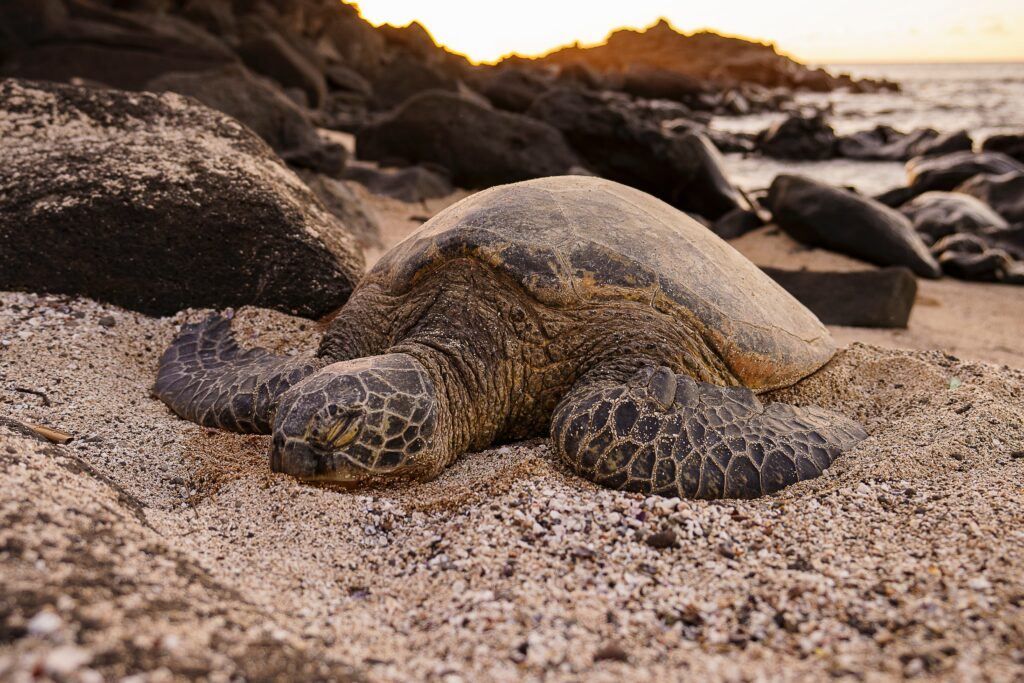 The Endangered green sea turtle is the most common turtle species found along Diani Beach.

Kevin’s project seeks to enhance the nesting success and survival rate of hatchlings from three sea turtle species—green, hawksbill, and olive ridley—found along Diani Beach by reducing marine plastics. This includes microplastics as small as sand grains and macroplastics, such as single-use bottles and food packaging. Proximity to urban areas puts this habitat under constant threat of plastic pollution; 30% of this beach is deemed unsuitable for nesting due to plastics, yet over 100 sea turtle nests are still laid here every year. Eggs are the most vulnerable life stage for turtles, with studies indicating that increased accumulation of plastics can significantly reduce hatching success by obstructing nesting sites, influencing nest temperature, and impeding the hatchlings’ path to the ocean. Turtles also sometimes eat the plastic, which can be lethal. 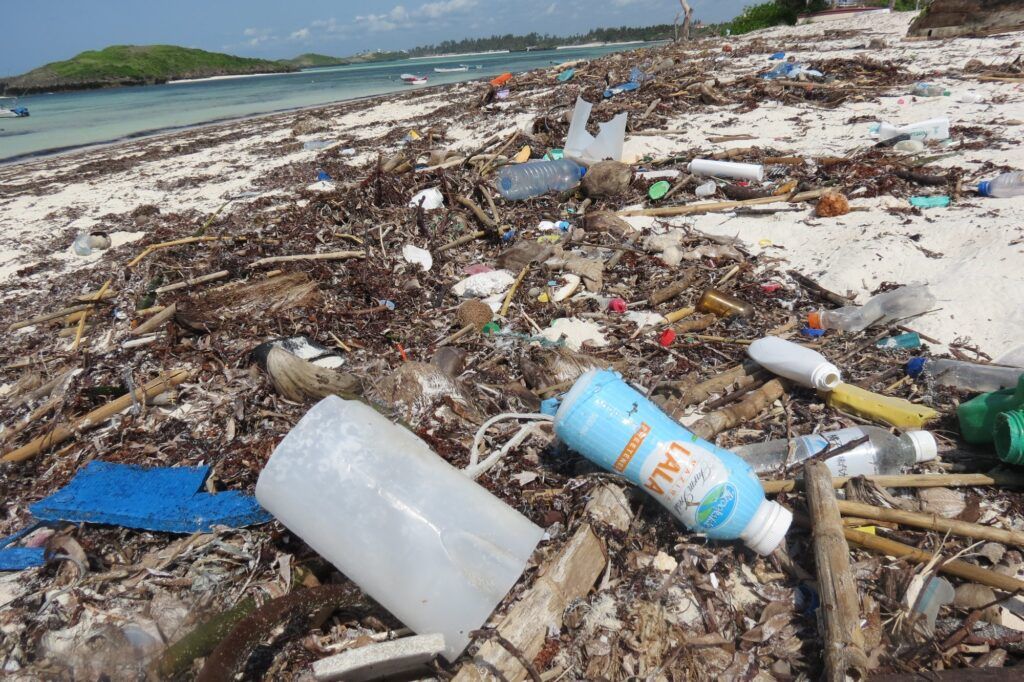 Marine plastic pollution is a major threat to sea turtles along Kenya’s beaches.

According to government reports, 88% of plastics on Kenya’s beaches are from local sources, with the rest being brought in with the tide. This means that local efforts like Kevin’s can address a significant percentage of the country’s marine plastics. Enlisting the help of locals is essential to reducing pollution, so Kevin organizes beach cleanup events with young people to address marine litter. Together, they routinely remove all kinds of plastic waste from the area, including discarded fishing gear, plastic straws, and lost sandals. Kevin’s goal is to fill knowledge gaps about marine pollution and turtle mortality in Kenya, becoming an authority on the subject and helping local communities and government make informed decisions about conservation and waste management. 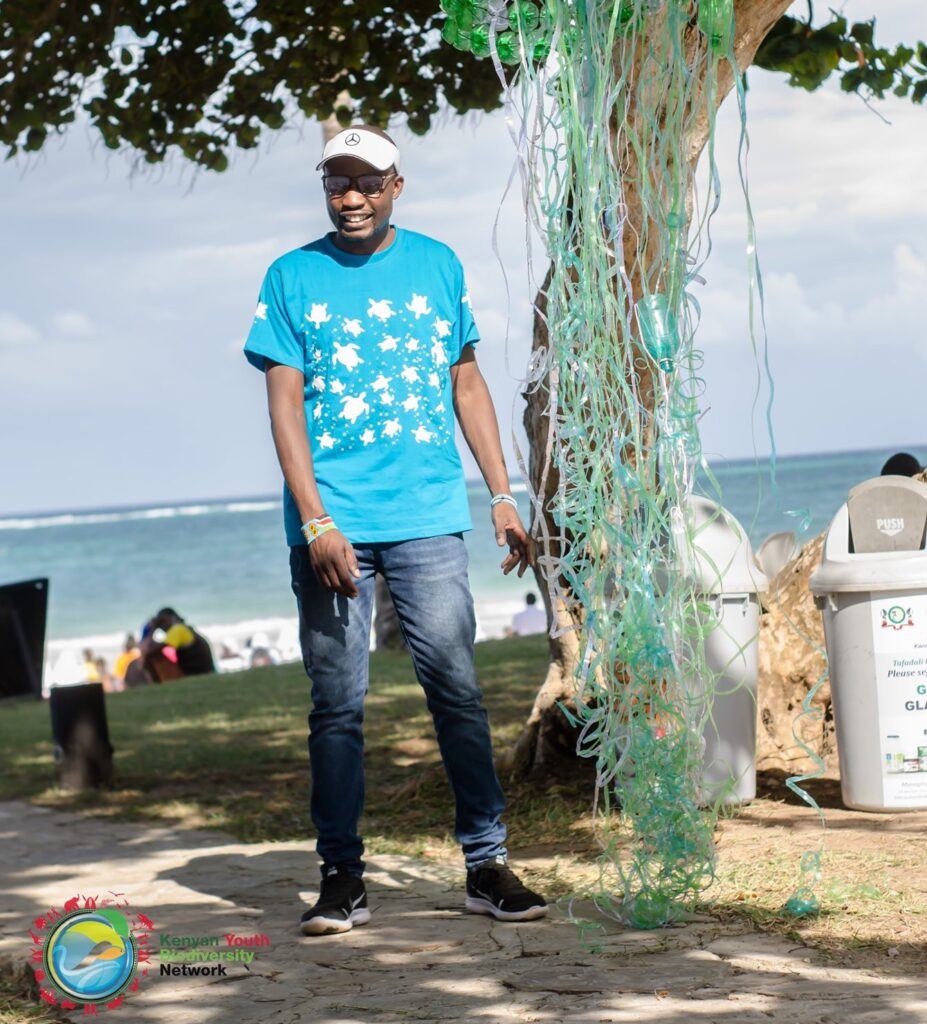 In addition to his studies, Kevin founded a nonprofit, the Kenyan Youth Biodiversity Network, which devotes much of its effort to promoting recycling and improving habitat quality for coastal wildlife.

After completing his degree, Kevin Lunzalu plans to work closely with local manufacturers, hoteliers, and the government on long-term solutions to the complex challenge of marine plastic pollution. In the meantime, he’ll continue coordinating cleanup activities with beach communities, and with help from his WCN Scholarship, restore Kenya’s coasts for nesting sea turtles.