From the desertification of the African savannah to the melting of the Arctic glaciers, climate change is transforming the landscape of our planet and, along with it, impacting the survival of all life on Earth. Climate change is now one of the greatest threats to wildlife in every corner of the world. Despite this fact, too often, climate change and wildlife conservation are approached as separate issues. In reality, the two are dynamically interconnected. A thriving planet is only possible by a healthy diversity of life, and simultaneously, that web of life can only flourish in a stable climate. Quite simply, climate change is a conservation problem.

The catastrophic impacts of unbridled climate change are undeniably clear. In October 2018, the Intergovernmental Panel on Climate Change released a Special Report, outlining the urgency to significantly reduce emissions to limit rising temperatures. Slowing the atmosphere’s warming rate down to 1.5 °C from a 2 °C forecast will be essential to preventing a complete unraveling of our planet. Given its potential impact on the fundamental structure of ecosystems and the overall atmospheric conditions of our world, climate change is now more accurately described as a climate crisis or climate emergency.

The magnitude of the climate crisis is exemplified by the massive fires presently engulfing the Amazon rainforest, home to a wealth of biodiversity. Attributable to deforestation and extreme weather as a result of climate change, wildfires in the Amazon have increased by 85 percent in just the past year. The “lungs of the Earth” continue to burn and succumb to this devastation.

Wildlife battle a vast array of human threats, from habitat loss to poaching, with endangered species being the most vulnerable. 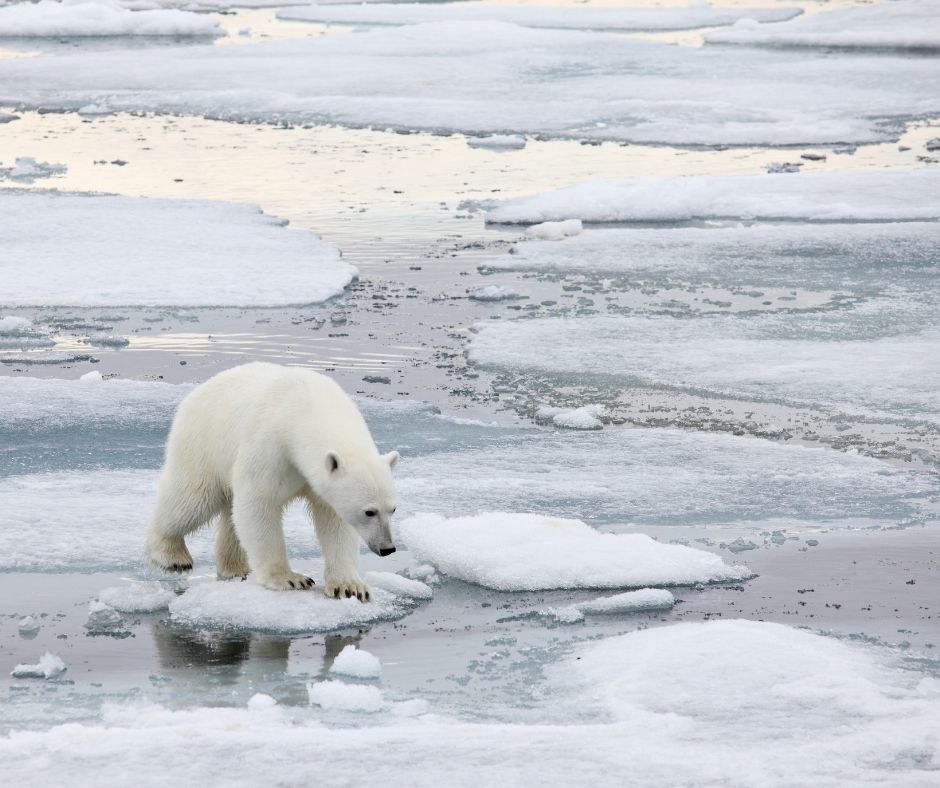 At the northernmost point of Earth, polar bears are on the frontlines of our warming planet and have become the poster species for the climate crisis. As the Arctic sea ice retreats, polar bears struggle to find prey and find it harder to survive increasingly perilous migrations. Polar Bear International’s Chief Scientist, Dr. Steven C. Armstrup, finds “the only way to save the bears and their sea ice habitats is to control temperature rise through greenhouse gas mitigation.”

Though polar bears are among the first to feel the blows of a warming planet, the rest of the world’s species are increasingly feeling the heat. WCN’s Conservation Partners who protect species across a range of ecosystems are confronting the complex impacts that climate change is having on wildlife.

With sea temperatures rising, marine conservationists are especially observing the palpable effects of climate change. Feeding, migration, and mating behaviors are shifting for thousands of species, including sharks and penguins. This is making climate change a critical issue in conservation planning for MarAlliance and Global Penguin Society (GPS). 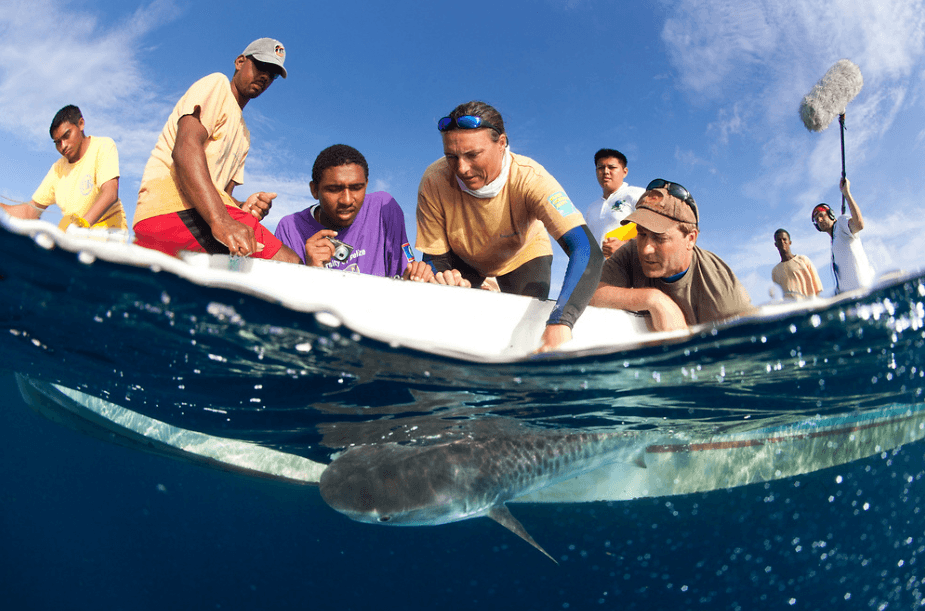 Dr. Rachel Graham from MarAlliance researches the impact of climate change on sharks.

Far from our oceans and coastlines, climate change is also impacting species in terrestrial environments. In Colombian tropical forests, cotton-top tamarins are enduring dramatic weather patterns and the dry season is becoming longer—challenging them to find food and successfully reproduce. An uptick in dry storms is also leading to more forest fires, which historically has been a rare occurrence.

In Kenya, droughts are becoming exacerbated and more common. As a result, the highly endangered Grevy’s zebra are undergoing increased pressure from rising food scarcity and exposure to disease. Lions and elephants—and indeed, all of Africa’s wildlife—are sharing this plight. Meanwhile, in Peru, spectacled bears are facing weather extremes from rampant flooding to raging wildfires. 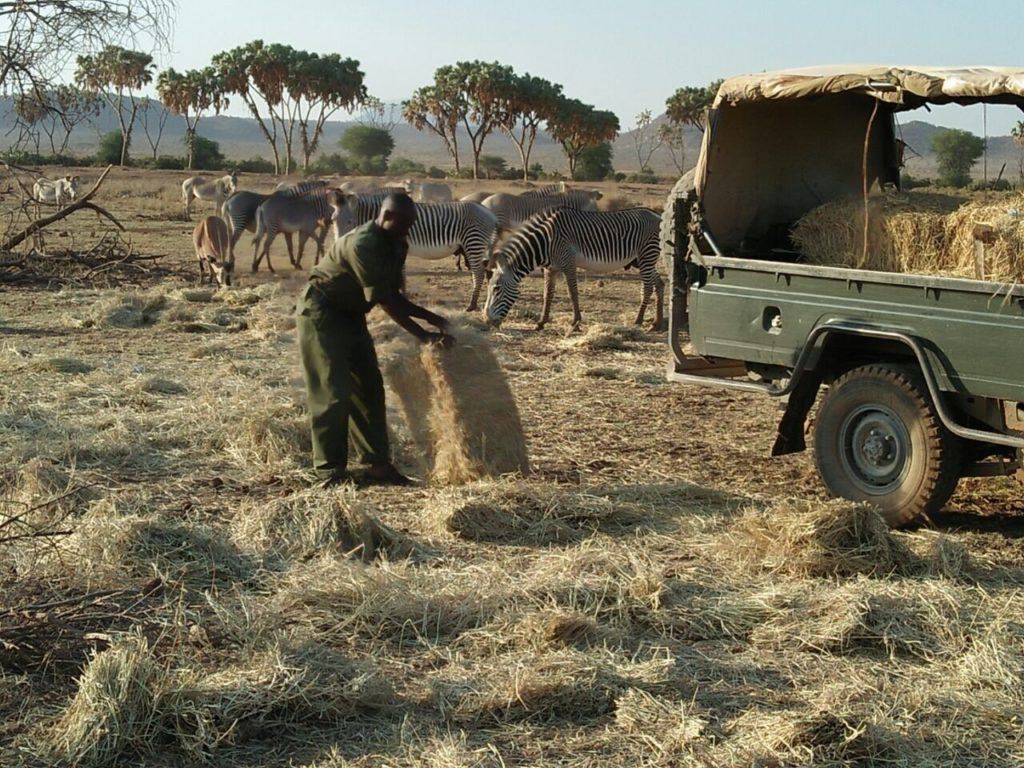 And on the steppes of Central Asia, the critically endangered saiga antelope has endured a dramatic crash in their population as a result of a transforming climate. In 2015, the saiga population was devastated by disease onset by unusual heat and humidity, and 80 percent of their Kazakhstan population perished in just three weeks. Saigas once roamed alongside the woolly mammoth and survived the Ice Age, yet despite eons flourishing on this planet they are poised to become one of the casualties of an unmitigated climate change.

No longer isolated to the far-reaches of our world, all species on Earth—including ourselves—are enduring the effects of climate change. We know this problem is urgent. But it is also a momentous time in history: one at which humanity has the opportunity to prove our role as a steward of the planet. We are still within reach of correcting our climate crisis trajectory. And we still have a chance to ensure a healthy environment for future generations and all living creatures on our shared planet.

Read Part 2 of this series here.