The dolphin’s pink snout breached the surface as it leapt into the sky. Three days had passed with no sightings in the waters of Langkawi, Malaysia. As a part of MareCet’s marine mammal research team, Sandra Teoh is no stranger to long days at sea in search of an elusive species like the Indo-Pacific humpback dolphin. Pointing her camera at the rose-colored dolphin soaring over the waves, Sandra knew her patience had paid off.

This pink coloration is what makes the Indo-Pacific humpback dolphin so distinctive. Juveniles are the characteristic gray, but the pink pigmentation blooms as they mature. Its radiant appearance is what immediately attracted Sandra to the species. It was the first wild dolphin she ever encountered in her early days at MareCet, and when she locked eyes with one swimming close to their research vessel, she was spellbound. Five years later, her admiration for this species has only deepened, motivating her to obtain the knowledge and credentials to help her defend them. 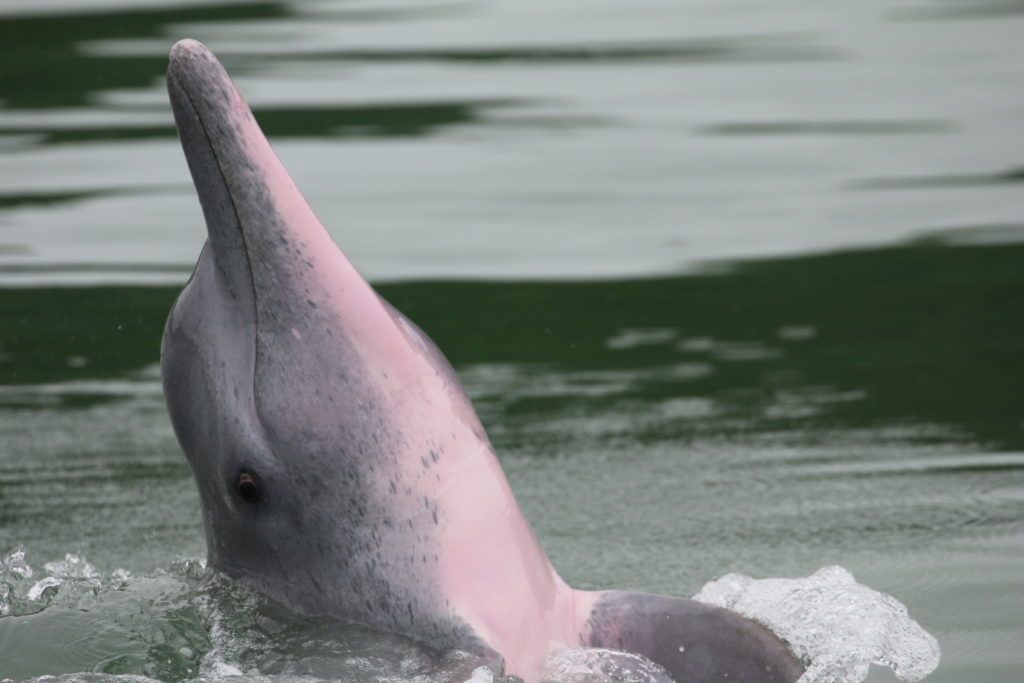 The Indo-Pacific humpback dolphin is easily identified by its distinctive pink skin.

Sandra is a 2020 WCN Scholarship Program recipient. She is pursuing a Ph.D. at the University of Malaya, focusing on the social ecology of humpback dolphins. She is one of 14 people across Africa, Asia, and Latin America whose studies are supported by WCN. These scholars are earning their degrees so they can create and fill conservation leadership roles in their home countries. By furthering their research, scholars like Sandra not only become authorities on endangered species, they reflect the identity of their local culture. WCN’s Scholarship Program helps empower local conservationists to take charge of wildlife protection in their countries without needing outside influence; their success is an investment in a hopeful future for both people and wildlife.

When she’s not on a boat, Sandra is analyzing field data and monitoring populations via photos, identifying key individuals by their unique dorsal fins. There are at least 400 humpback dolphins in Langkawi waters; their pods can reach up to 120-160 individuals, some of the largest ever recorded. These pods are increasingly composed of mother-calf pairs, and Sandra theorizes these nursery groups may be a survival strategy as threats in their habitat continue to grow. 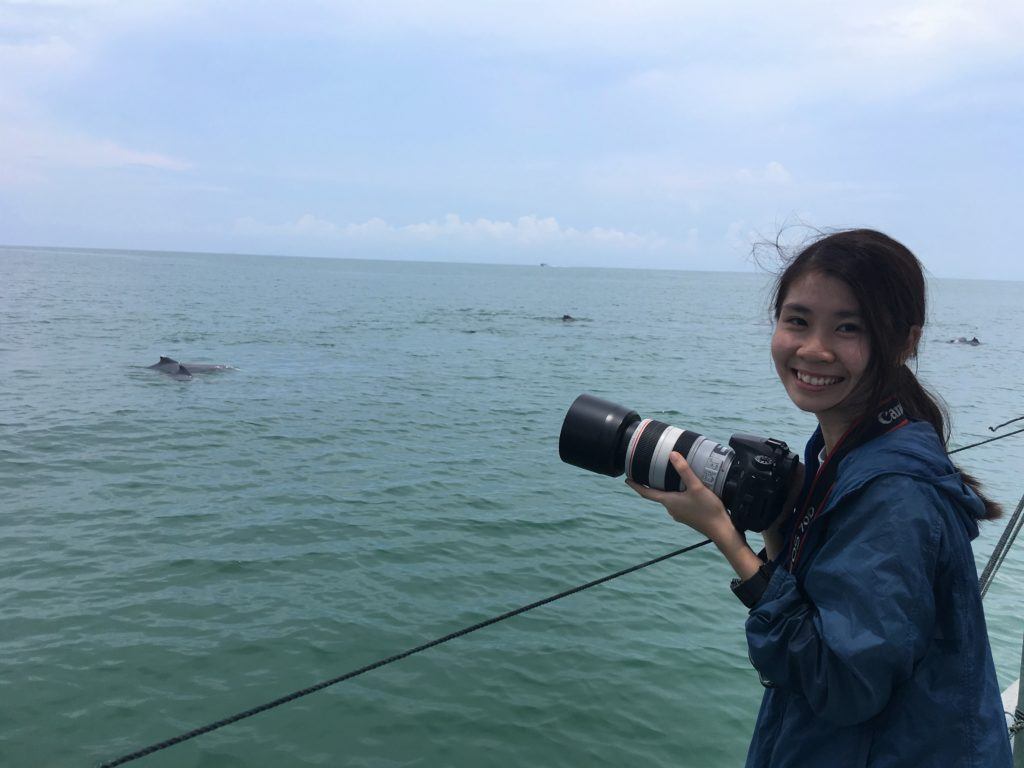 The waters where the Indian and Pacific oceans meet have become perilous for dolphins in the last decade. Langkawi is one of Malaysia’s top tourism destinations; tourism drives deforestation and development, which leads to increased pollution from improper waste management. Malaysians are also the largest consumers of seafood in Southeast Asia, and commercial fishing pressures deplete the dolphins’ food supply and increase the risk of entanglement in nets. The first necropsy that Sandra ever performed was on a dolphin likely killed by entanglement in fishing gear, and upon discovering a fully developed fetus inside the mother’s body, she realized how crucial it was to create a conservation action plan for her favorite species. Human activities also create high boat traffic, putting dolphins at risk of fatal boat strikes. Sandra and her team have documented many dolphins with disfigured dorsal fins caused by such boat strikes, further cementing her desire to do more to protect them. Stronger government protections would help alleviate these threats. 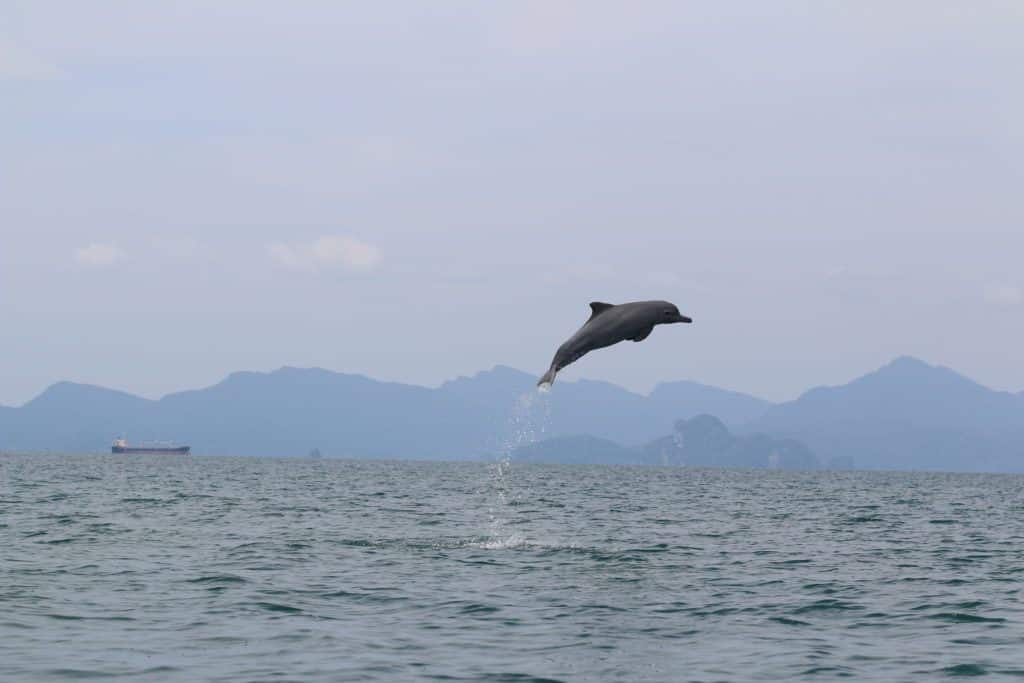 Sandra’s team used their research to get the surrounding waters of Langkawi, Perlis, and Kedah declared as IUCN Important Marine Mammal Areas (IMMA). They are currently lobbying the Malaysian government to recognize this IMMA status and instate much-needed marine mammal protections. MareCet is also involved in coastline development planning, and Sandra helps promote marine conservation through local outreach initiatives with schools, fishermen, and tourist businesses. She particularly enjoys teaching children about environmental issues and hopes to inspire the next generation of conservationists in Malaysia. With help from her WCN scholarship, Sandra is securing a safer home for her beloved Indo-Pacific humpback dolphins and showing other young conservationists how they can shape their own future protecting wildlife.