EJ was thousands of miles from the nearest ocean in one of the most landlocked countries on Earth. Yet scattered around her were the rusted out skeletons of ships, relics from a defunct fishing industry. Before it was a ship graveyard, this vast area of sand and shrubs in northwestern Uzbekistan was the Aral Sea, once the world’s fourth largest body of freshwater. But from the 1980s through the aughts, its water was over-extracted to support unsustainable cotton production until nearly the entire sea and its bordering fishing towns dried up. The beached ships that remain represent what EJ calls “the greatest environmental disaster you’ve never heard of.” The loss of the Aral Sea is a tragedy, but for the highly endangered saiga antelope this story of destruction is becoming a story of hope. 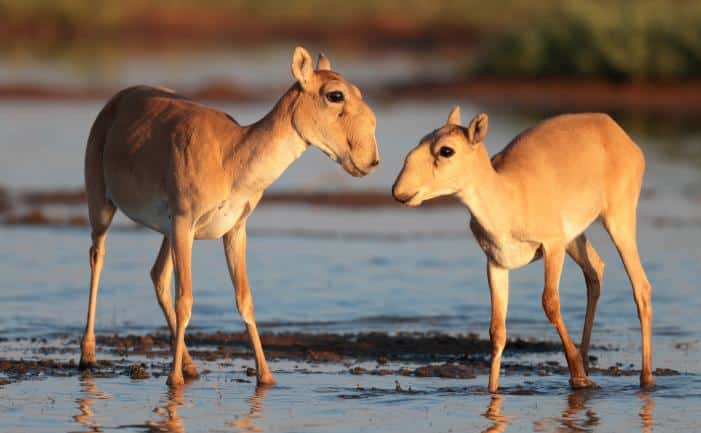 Herds of saiga once numbered in the millions, but today only 160,000 survive.

In the 1990s, as human recklessness was eradicating the Aral Sea, poachers nearly eradicated one of the largest herds of saiga antelope. Poachers target male saiga for their horns, which are coveted for an illegal market of Asian medicines, devastating populations and leaving females unable to reproduce. However, for decades there was one place poachers could not access. This place now holds promise for reviving the saiga population in Uzbekistan.

When the Aral Sea was still a sea, it sheltered an island where the Soviet government conducted covert laboratory testing of biological weapons. Called Resurrection Island, this place was top secret during the Cold War, civilians were kept out. With no people to cause disruption, the area became a wildlife haven. It remained safe for wildlife even after both the Soviet Union and the Aral Sea dissolved. In 2012, the Saiga Conservation Alliance (SCA) conducted an ecological survey of Resurrection Island (now an island only in name) that showed isolation had given the area a unique, undisturbed ecology. SCA believes this untouched area will be key in recovering Uzbekistan’s saiga populations. 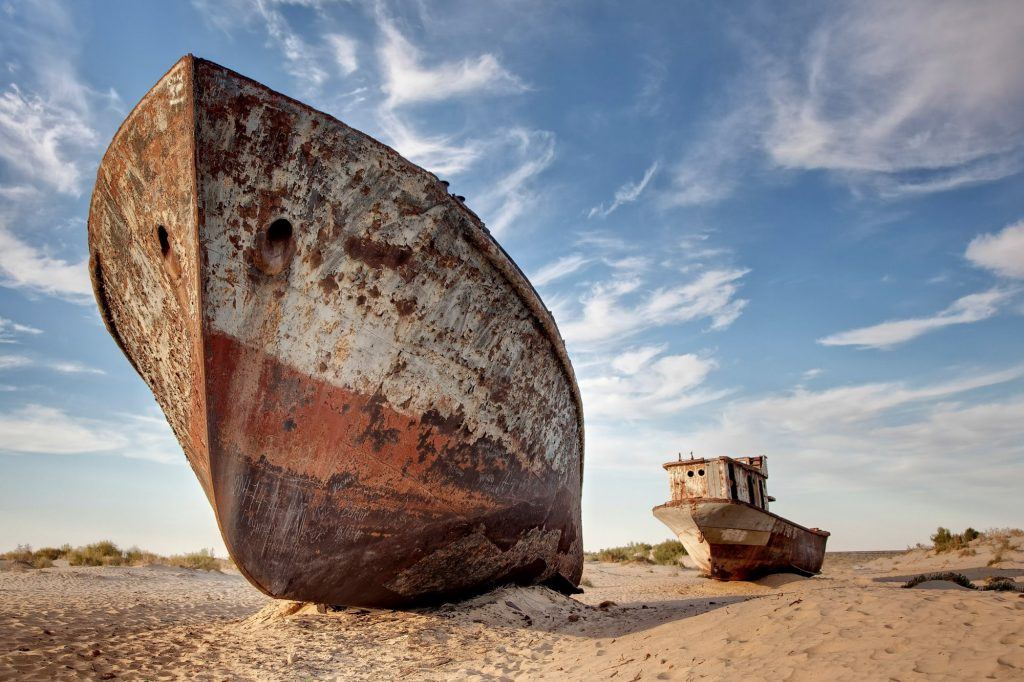 This ship graveyard was once part of the Aral Sea.

There are already signs that saigas are in the area; SCA has been finding saiga hoofprints in Resurrection Island’s muddy soil. Fortunately, because that soil remains too soft for vehicles to drive across, the area remains largely inaccessible to poachers. This is significant because it gives saiga populations a real chance to rebound safely. SCA is confident there is a future here for saigas, they have started working on protected area management to help restore nature and encourage saigas to return in large numbers.

The Aral Sea is gone, but in its place is a new ecosystem that could benefit wildlife and local people. Communities that lost everything when the fishing industry crumbled can start to explore new livelihoods. SCA is in the beginning phases of developing a five-year plan to invest in schools, income-generating craft production, and tourism opportunities to transform the lives of people in this area. With continued investment from SCA, Resurrection Island may get a chance to live up to its name, restoring hope for communities and for saigas.