Somewhere in the Atlantic Ocean a powerful figure cuts her way through the choppy water. A tiger shark—six feet long with shadowy streaks along her back—breaks the water’s surface with her dorsal fin. As she does, an orange satellite tag fixed to her fin transmits a signal, emailing her location to Dr. Rachel Graham, founder of MarAlliance. This shark, known as No.52, has just accomplished something that marine conservationists didn’t know was possible. She has swum across the Atlantic, from Cabo Verde to Brazil, and now, she was on her way back.

MarAlliance has been tracking No.52 for almost a year. They have never seen a shark go this far for this long. In fact, tiger sharks recorded in MarAlliance’s research sites were found to linger close to shore and were particularly “site faithful”, they find a place they like and they stick around. Tiger sharks don’t wander far outside the country’s territorial waters, making No.52 an enigma. 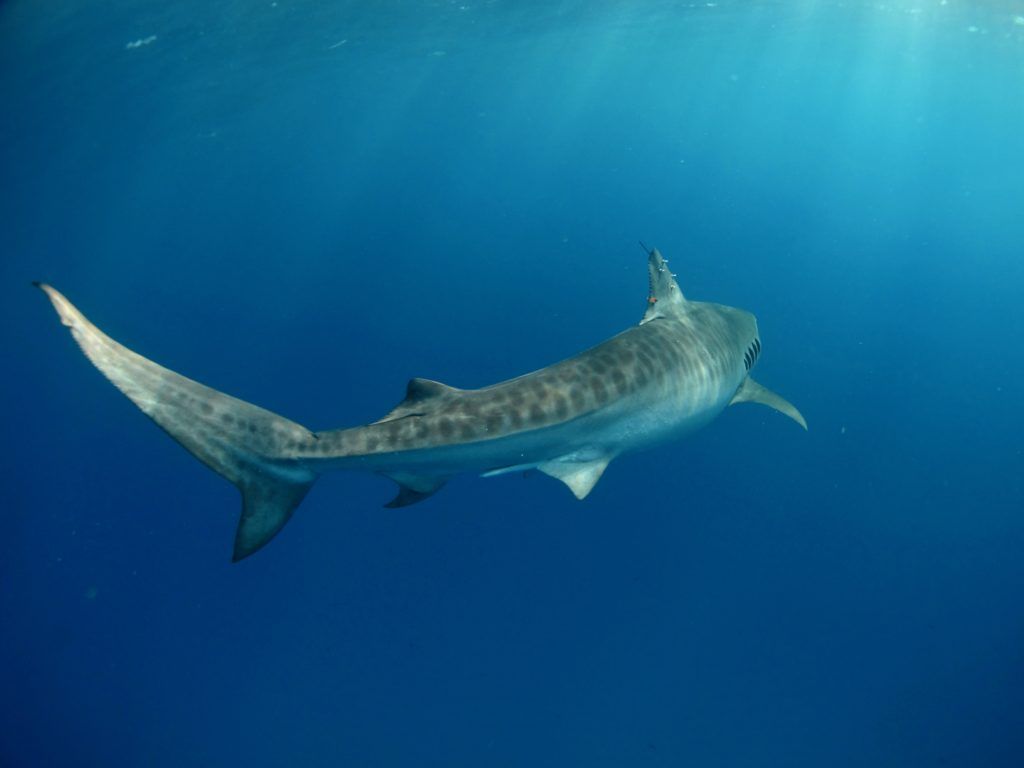 For almost a year, No.52 traveled across the Atlantic, from Cabo Verde to Brazil. MarAlliance has never before seen a shark go this far for so long.

It’s their “site fidelity” that makes tiger sharks vulnerable to illegal fishing and shark finning, which are decimating their population. This is especially true in places like Cabo Verde where they receive no legal protection yet. Three of Cabo Verde’s easternmost islands are tiger shark hotspots, catching sharks in those waters requires just a hook and a little waiting. Proverbial fish in a barrel.

Paradoxically, their site fidelity might be the key to protecting tiger sharks. Being the second largest predatory shark in the world (after great whites) and relatively easy to find, tiger sharks are accessible to tourists trying to tick “swimming with intimidating sharks” off their bucket list. In the Bahamas, for instance, shark tourism generates over $130 million every year. MarAlliance is working with the Cabo Verde government to seek protection for coastal sharks, emphasizing the non-consumptive economic benefits that responsible shark tourism could bring to the island nation.

No.52 is also doing her part to protect her species. Her transatlantic journey is supplying MarAlliance with crucial data where little data exists. To cross the entire Atlantic, No.52 avoided numerous dangers, including capture from untold numbers of fishing vessels. MarAlliance now has information on No.52’s movements and the threats she encounters to inform their conservation planning. 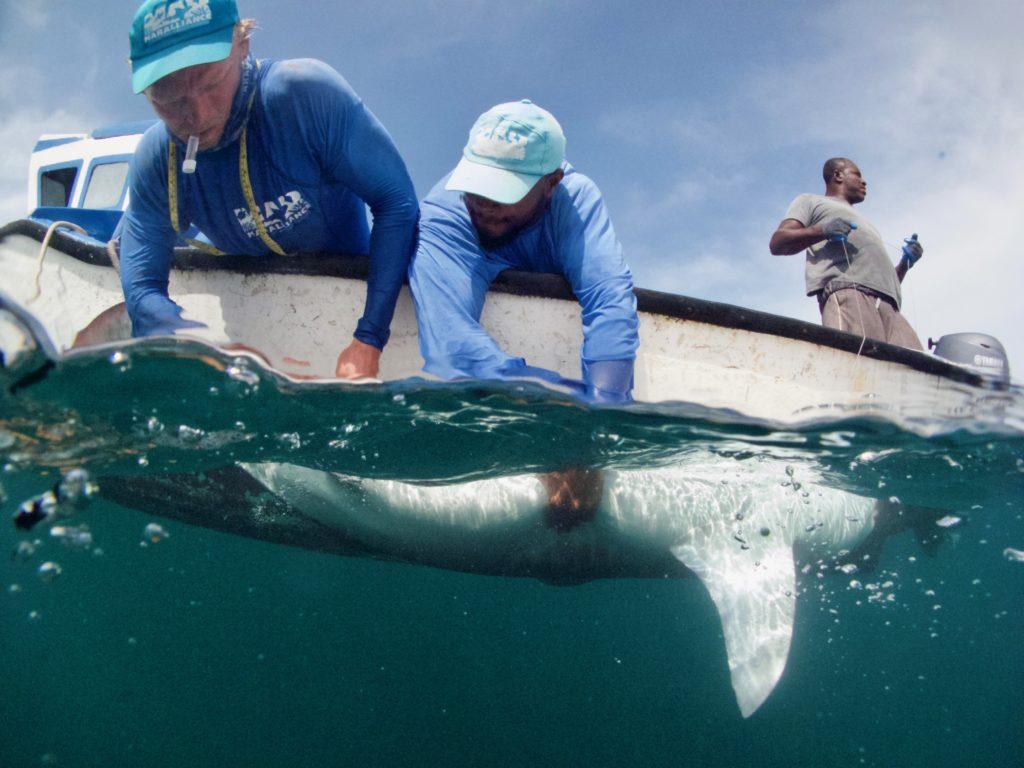 MarAlliance plans to study No.52 to learn how to better protect sharks as they move throughout the Atlantic.

MarAlliance can also include No.52’s story in their campaigns to change negative attitudes towards sharks. They work in several tropical countries, including Cabo Verde, educating children and adults about the importance of sharks in the ecosystem and teaching local fishers sustainable, shark-friendly fishing practices. No.52’s adventure can be a source of pride for people at each end of her journey, in both Cabo Verde and Brazil.

Protecting tiger sharks and understanding their conservation needs is a priority for MarAlliance. As such, they’ll be monitoring No.52 closely, learning all they can from her epic journey, while also advancing their work to protect her less intrepid cousins throughout the Atlantic.