Paula stared at the small fingers wrapped around the bars of the cage and the shiny eyes peering out from behind them. The cotton-top tamarin looked past her toward the forest far beyond the window of her family’s living room. This rare monkey, who her grandparents named Amenir, had been their pet for almost five years, a gift from relatives who live near his natural habitat in northern Colombia. With their snow-white head of fur and tiny size, many people find cotton-top tamarins cute and appealing as pets, but these endangered primates do not belong in captivity. Paula Andrea started researching cotton-tops online, and after learning how detrimental it is to keep them as pets, she began looking for someone to help convince her family to free Amenir.

Amenir in his cage prior to being rescued from life as a family pet.

Her search led her to Proyecto Tití (PT), whose extensive campaigns against the illegal cotton-top pet trade caught Paula’s attention. Paula lives 18 miles south of PT’s reserve in San Juan Nepomuceno, where wild cotton-tops thrive in 3,120 acres of protected forest. Fewer than 7,000 cotton-top tamarins remain in the wild, yet in the last six years, PT and their partners have documented over 130 cases of cotton-tops kept as pets by local families. This is likely a conservative number, as authorities don’t cover all regions and this estimate relies on anecdotal reports from locals. But the rising trend of reports could indicate that cotton-top trafficking is increasing, spurring PT to intensify their awareness campaigns and encourage those with pet cotton-tops to turn them over to authorities. 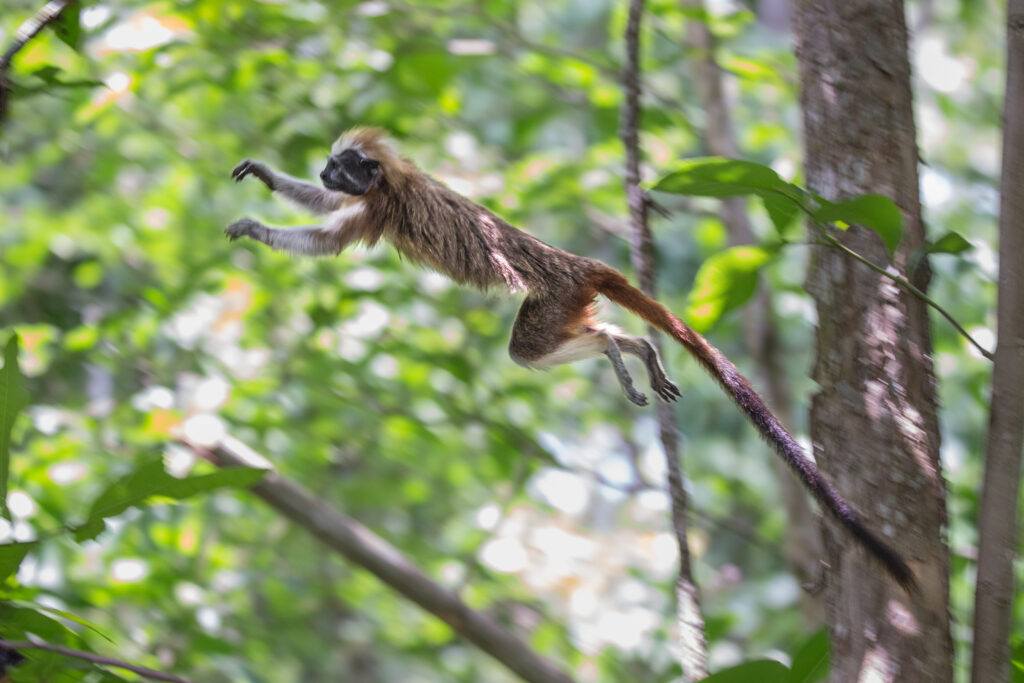 A cotton-top tamarin in its natural forest habitat.

PT regularly uses social media to explain how keeping cotton-tops as pets reduces their populations and threatens the survival of the species. Paula responded to one such post and shared her desire to free Amenir. Delighted by her compassion, PT provided Paula with educational materials about the impact of the illegal cotton-top trade to sway her family into releasing their pet. It took time, but it worked.

Paula Andrea and her family have become supporters of Proyecto Tití and their campaign against the illegal pet trade.

After agreeing that this would be best for Amenir, PT connected Paula’s family with CARDIQUE, the regional environmental authority. They received Amenir and placed him with one of their “friend of wildlife” participants—kind-hearted citizens who house rescued cotton-tops in semi-captivity on private land. While it is unlikely that Amenir can fully return to the wild after years of captivity, his new home allows him to experience life in conditions more closely related to his natural habitat. He may also get to socialize with other rescued cotton-tops. 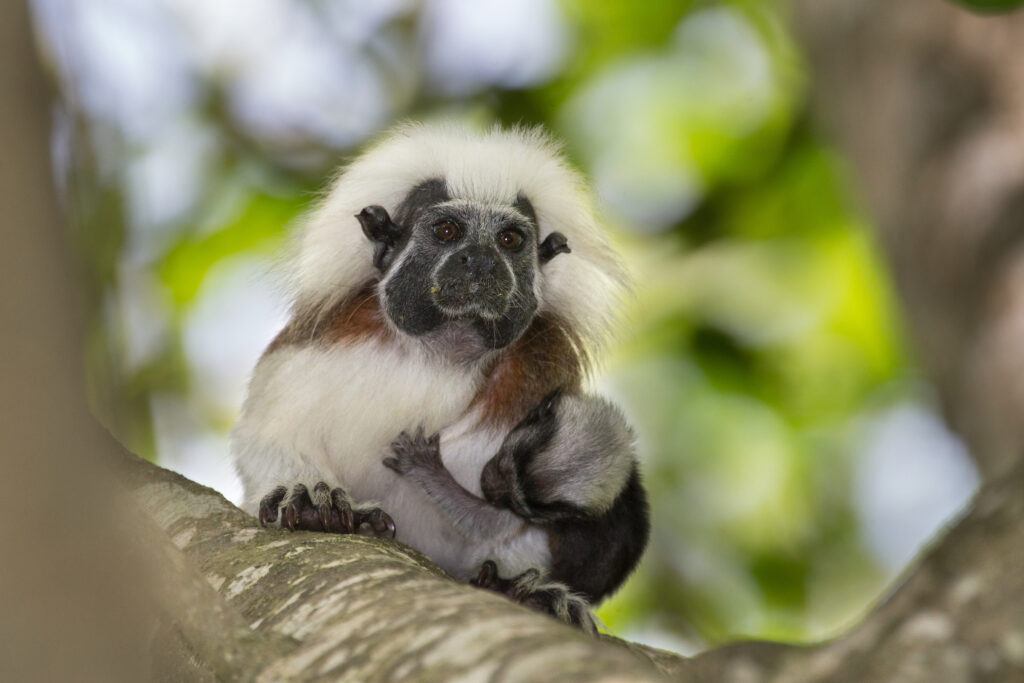 Proyecto Tití plans to recruit more caring Colombians to convince others not to keep cotton-tops as pets. To date, thanks to PT’s positive reputation and successful community outreach, 68 people have contacted them in the hopes of turning over captive cotton-tops. A growing number of online supporters are alerting them about other pet cotton-tops, and PT hopes to one day found a rehabilitation center specifically for recovered tamarins. With help from people like Paula Andrea and her family, PT will continue changing attitudes about cotton-tops in Colombia and teaching admirers of this rare species to keep them in their hearts, not their homes.