David Daballen squinted as he scanned for elephants moving across the landscape hundreds of feet below. The afternoon sun ushered beads of sweat down his face as the aircraft flew low over the plains, the horizon behind the blur of propellers. As the Head of Field Operations for Save the Elephants (STE), David regularly takes to the skies to track roaming wild elephants fitted with GPS collars across Kenya via an app that receives the collar data. As the locator icon appeared on his tablet, David knew he had found Koya’s herd.

STE tracks signals from collared elephant herds from the sky.

Along with six of her family members, including calves, Koya recently left Samburu County and traveled nearly 50 miles across an area previously plagued by ivory poachers and tribal conflicts, reaching Marsabit County in the north. Female elephants, especially those with calves, are less likely to travel through high risk areas, making Koya’s milestone a significant indicator that Kenya’s elephants are returning to behavior not regularly seen since before the ivory crisis began. Because of the ongoing danger, no elephant has been recorded making this trek since 2008, so Koya’s tracks are the first seen on this trail in 13 years. This signals to STE that elephants now feel safe enough to venture back into spaces they had once fled.

Koya and her herd seen from STE’s aircraft.

Koya’s pilgrimage indicates the work of STE, the Northern Rangelands Trust (NRT), and Indigenous communities are making these areas of Kenya safe for elephants again. The ivory crisis put elephants under constant threat from 2009 to 2012. Rampant poaching combined with regional unrest splintered the remaining elephants into fragmented clusters, unable to reconnect due to these danger zones. But STE, NRT, and Kenyan government agencies have spent years protecting elephants from poachers and implementing sustainable area management to improve security for wildlife and local people. Indigenous communities have also partnered with STE and NRT to help reduce the conflicts that made large swathes of Kenya inhospitable to elephants. Over 800 scouts have been deployed across NRT’s conservancies for round-the-clock monitoring of elephants.

Years of establishing these protections are now paying off. Elephant poaching incidents have steadily declined and elephants are beginning to reunite, as demonstrated by Koya and her family exploring formerly dangerous areas. This increased range and safety has also led to an elephant baby boom in the region. When elephants are under stress they have trouble breeding. However, last year, STE recorded more than 90 elephant calves born in Samburu National Reserve, the highest birth rate since 2008. As the elephant population recovers, STE’s monitoring will become even more crucial to protecting elephants in real time, better understanding elephant behavior among reacquainted herds, and studying their migration patterns across newly reclaimed territory. 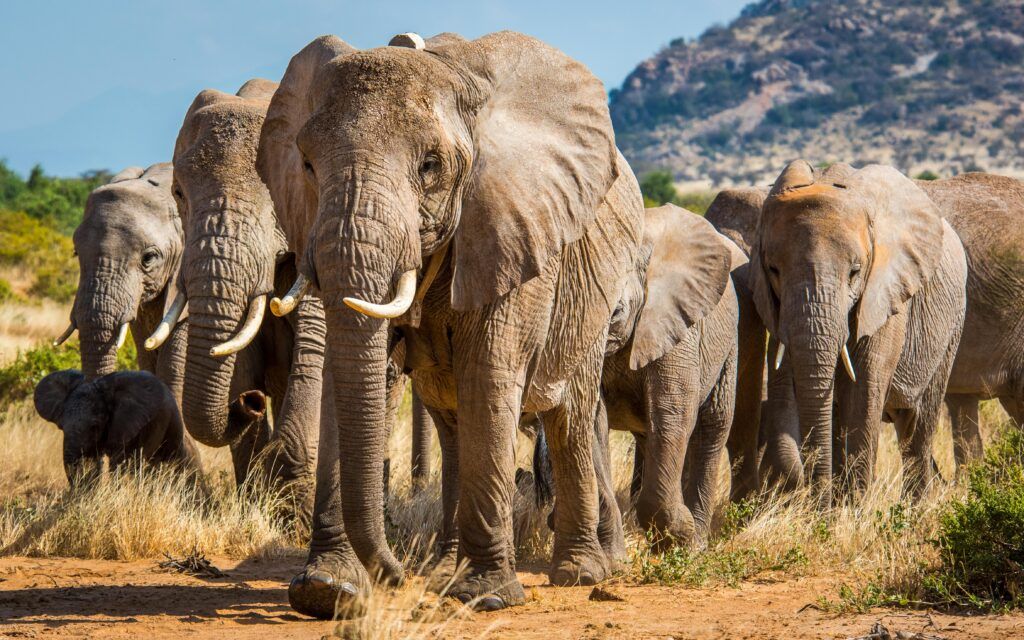 STE uses GPS collars to track the migration of many elephant herds, such as The Royals seen here.

Koya’s remarkable journey symbolizes progress for the entire Kenyan elephant population, proving that endangered wildlife can bounce back when threats are removed. And as elephants like Koya continue to tread into new lands, David and STE will be there to track every groundbreaking step.