Small wild cats in Sri Lanka are extremely vulnerable to threats from human activity; they are often hit by cars or are victims of conflict. Sometimes, their injuries are too severe and they can no longer survive in the wild. If they’re fatally wounded they can leave behind orphaned kittens who can’t survive alone. Small Cat Advocacy and Research (SCAR) and the Small Wild Cat Conservation Foundation (SWCCF) has created a safe home for these animals in Giritale Wildlife Training Center. They are seeking funds to create four new enclosures that will be used to house rescued fishing cats and kittens, each enclosure costs $4,500.

Below you can read about the animals SCAR and SWCCF has been able to rescue and house at the Center. We hope you will join them in their efforts to protect and care for wounded wild cats that are in need of a safe home.

They come to us as small furry puff-balls that can be held in the palm of one hand. 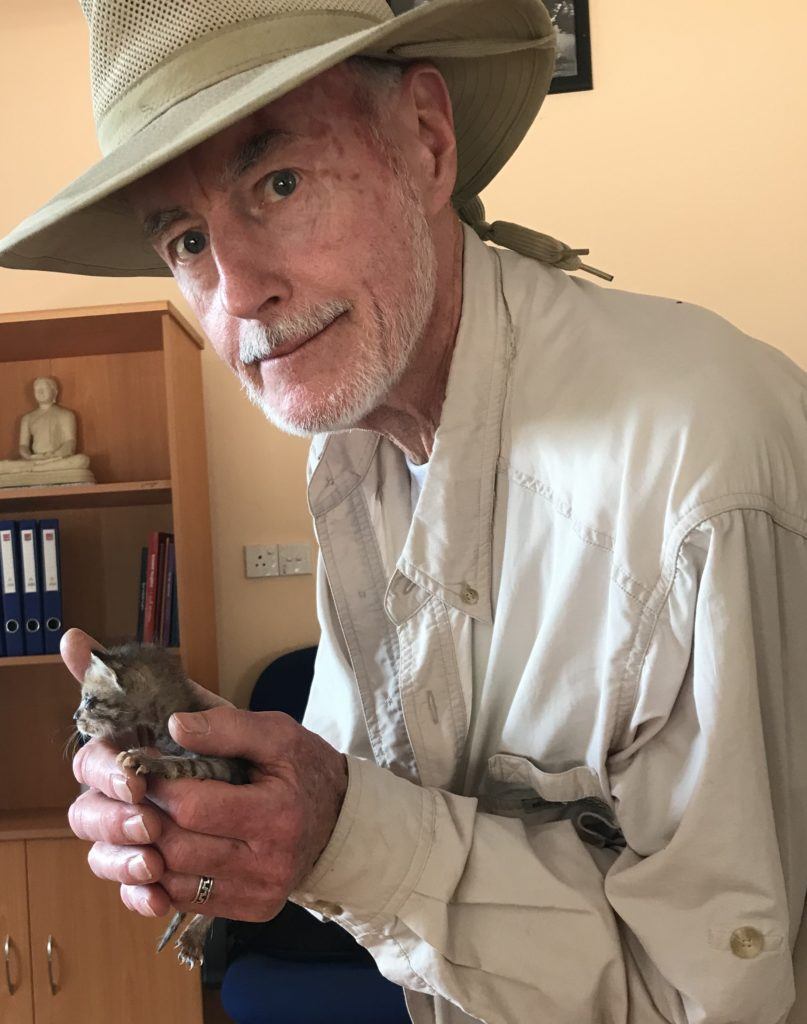 Their eyes are barely open. Though their legs cannot support their bodies, the urge to stand is relentless. Perhaps their need to be near their mother’s warm body, suckle nourishing milk, and feel her heart beat is overwhelming. But this will never be. Unknown to them their mother is gone forever, struck by a vehicle as she tried in vain to cross one of Sri Lanka’s heavily traveled roads, the densest road system in south Asia.

Wild-born fishing cat kittens at this age are particularly vulnerable; their chance of survival low. Specialized care is needed. They must be bottle-fed every four hours for six weeks. After six weeks small amounts of solid food can be eaten four times a day. Their need for companionship cannot be satiated by human care-givers. It’s a void that most likely never fills, it just fades with age. Three permanently injured adult fishing cats will be in our care for the rest of their lives. One, a female, was blinded by an angry mob of villagers who surrounded her in a rice paddy. Two adult males in our care suffered similar near-fatal vehicle collisions permanently damaging their rear legs. They occupy our first enclosure, complete with a waterfall where both fishing cats are often found sharing the pinnacle. 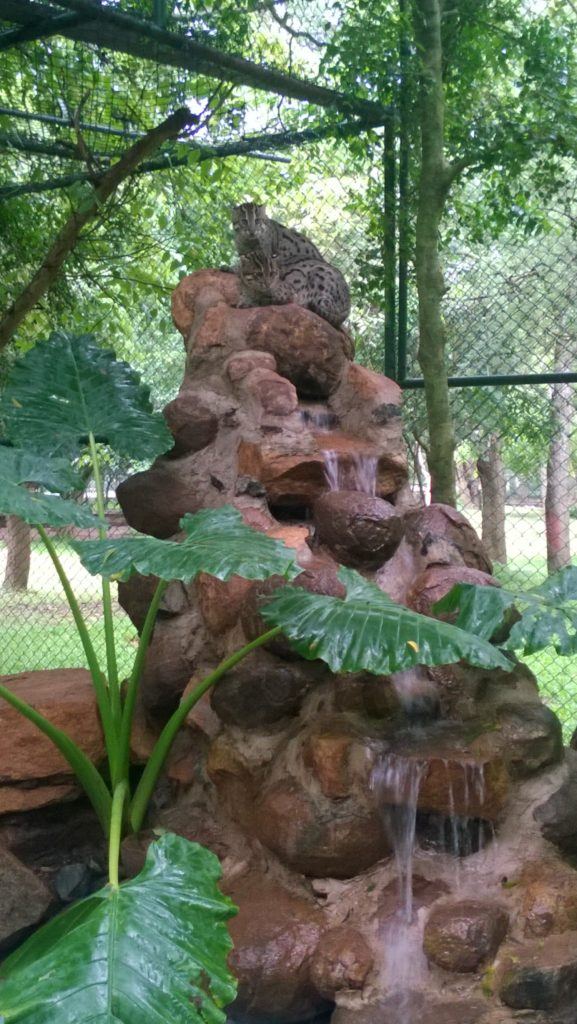 We had hoped that international zoos with a need for wild-caught fishing cats would step forward and accept our hardship cases that cannot be released, thus freeing space for rescues. While several zoos offered to accept the permanently injured fishing cats, our requests for permission to transfer these individuals out of Sri Lanka have been declined for reasons unknown to us.

In early 2018, three fishing cat kittens reached us. Two were siblings. We were certain we could save them but also realized we had no place to put them. Sri Lanka’s Department of Wildlife Conservation operates Giritale Wildlife Training Center (GWTC) primarily for injured elephants. Surrounded by forest and wetlands, off limits to the public, and with six national parks including Minneriya-Giritale Nature Reserve nearby, GWTC was the ideal place for our rescue enclosures. With $4,500 we built the second enclosure (designed by a colleague at a UK zoo) specifically for fishing cats. The three kittens survived and were introduced to the enclosure that has a pond, trees, and dens. The pond enables fishing cats to do what fishing cats are quite adept at doing – catch fish. Their partially webbed feet and innate ear closure on entry to water are clearly visible in this slow motion video.

But it’s not just fishing cat kittens we receive. Known as backyard leopards, Jungle cats are rodent specialists. Despite the obvious services provided to humans at no cost, Jungle cats are routinely victimized. We have one adult and one unrelated kitten. 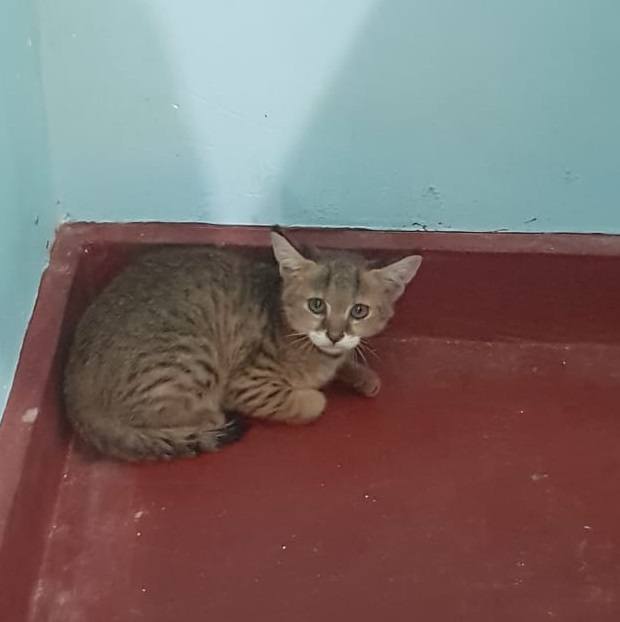 Our first otter pup arrived in January 2019. Found along a roadside the pup had been dragged from the mother’s den by a dog, attacked, and left for dead.  A sympathetic motorist found the injured pup which was later delivered to GWTC. 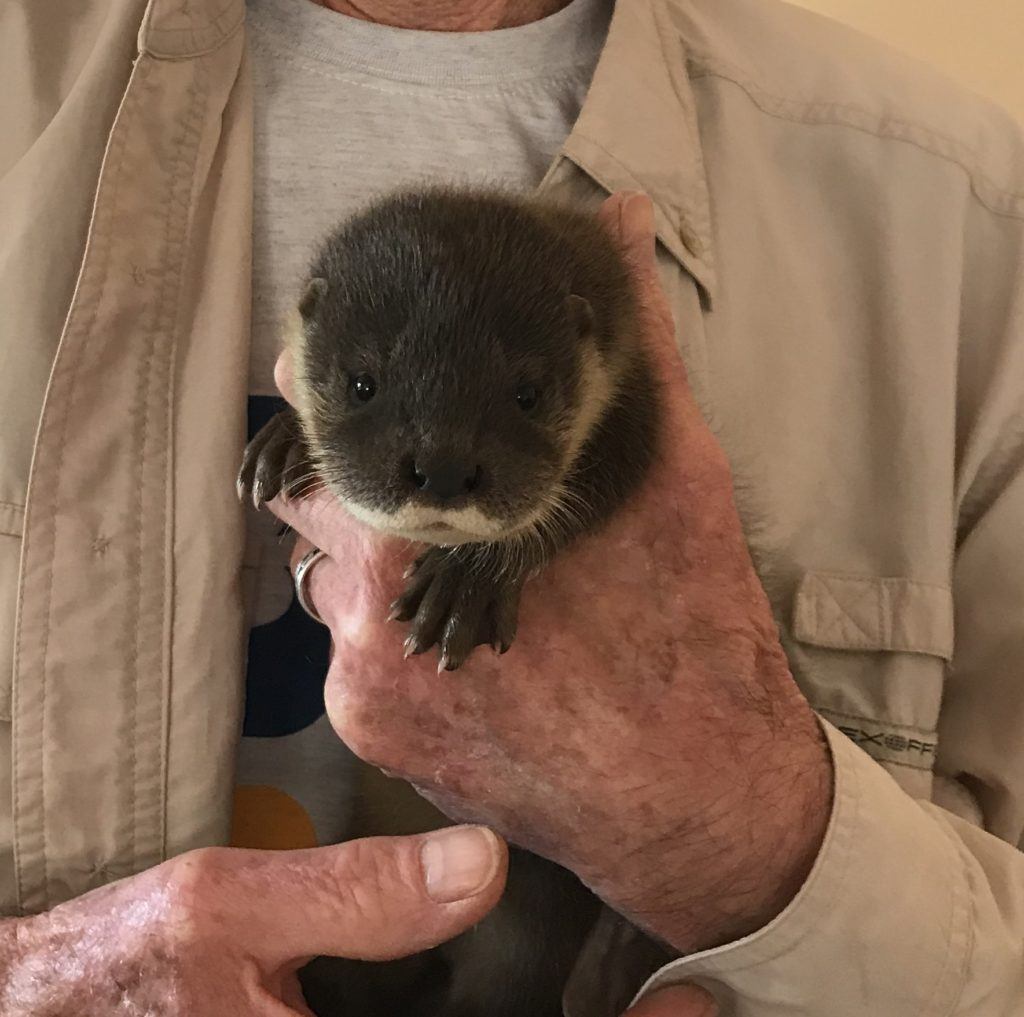 Now one-year-old, our previously rescued fishing cat siblings are scheduled for release but their companion, a male, has not yet reached his growth spurt so his release awaits. With birthing season fast approaching more enclosures are needed. One adult Jungle cat in our care is scheduled for release but the younger juvenile requires more time. Unfortunately, she is not happy in the vacant office she now occupies.

Our first two enclosures proved their worth. In February 2019, construction began on a third state-of-the-art enclosure, this time for the otter. We’ve designed another larger version capable of being divided in half but funds are needed for construction. At $4,500 each, our enclosures are 4-5 times less expensive than those typically found at most zoos in the USA and Europe. We’re ready to build four more as soon as funds are found. Giritale Wildlife Training Center is where end-to-end conservation begins. With your help we’ll be ready this year and in the future.