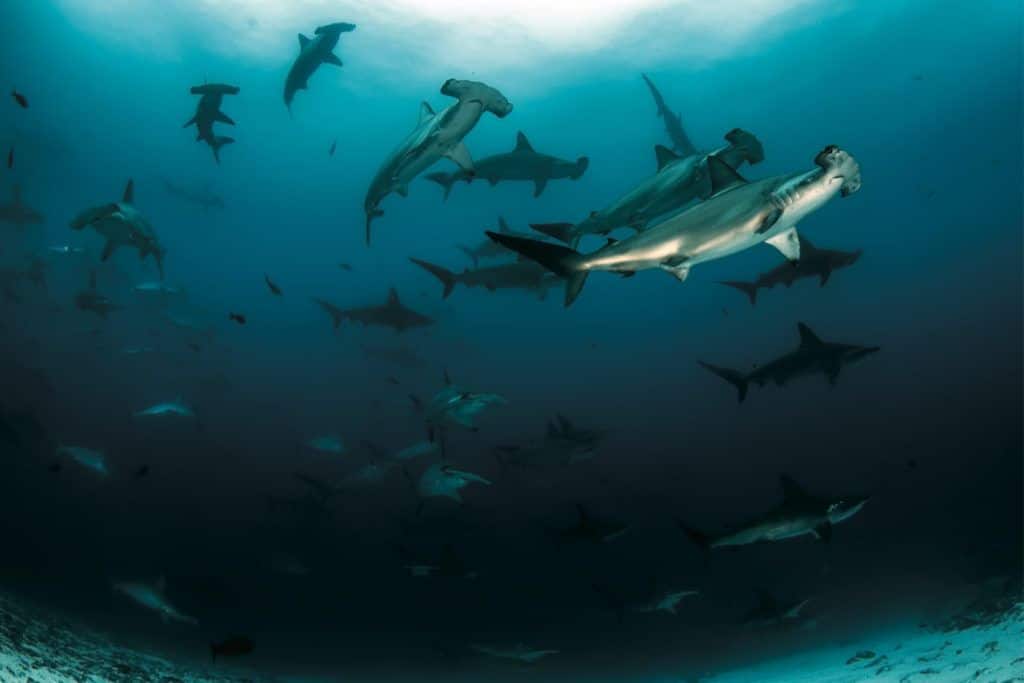 The rumbling of the motorboat was gone. Rachel could no longer hear the whistle of the wind or the squawking sea birds, the only sound left was her own breath as she dove deeper into the warm Caribbean water. The Belize Barrier Reef spread out before her in a kaleidoscope of color; the visibility was incredible, clear as glass for 100 feet in all directions. The tranquility was quickly interrupted by an enormous hammerhead shark barreling towards her. Her breathing pounded in her ears as 15 feet of pure muscle shot through the water, powerful as a rocket and graceful as a dancer, close enough to touch. Rachel was in awe.

This happened 20 years ago, but marine conservationist Dr. Rachel Graham conjures the memory as if no time has passed. It continues to motivate her efforts to keep sharks in the oceans and out of fishing nets. Right now, off the coast of Belize where several members of Rachel’s team at MarAlliance are based, endangered hammerhead sharks are caught in nets at an alarming rate. Sadly, their hallmark hammer-shaped head makes them especially susceptible. When caught, their fins are bound for Asian markets, where shark fin soup is a status symbol. Their meat is typically sold locally, but fishers have started salting the meat, enabling transportation across international boundaries. Hammerheads now have the unfortunate distinction of being an illegally trafficked species.

Hammerheads are also one of dozens of marine species unintentionally caught as bycatch, essentially the fishing industry’s collateral damage; an occurrence that is worsening as fishers become less discriminating about what and how much they are able to procure from the ocean. MarAlliance wants to halt the killing of hammerheads; one of their effective methods is to encourage local fishers to adopt alternatives to nets, such as hook and line fishing. MarAlliance then hires these fishers as monitors, to help collect data on sharks, which offsets any income lost from not using nets. 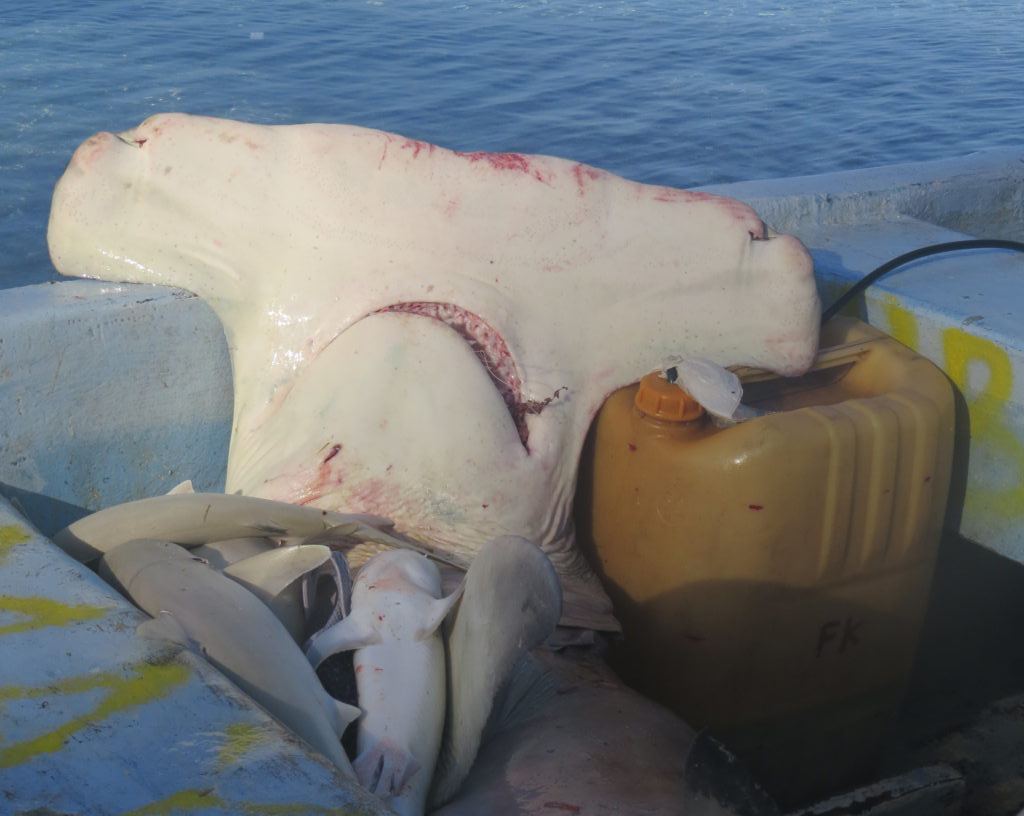 A hammerhead found on a fishing boat.

Successful conservation is informed by an understanding of a species’ behavior, breeding patterns, and population health. MarAlliance obtains these assessments by catching hammerheads, quickly gathering data on size and sex, satellite tagging (for monitoring), and then releasing them. There are many challenges to this work—including the difficulty of catching a hammerhead, ironic for an animal so easily entangled in fishing nets—conservationists need all the help they can get. Turning fishers into shark monitors increases MarAlliance’s ability to learn about a species that scientists know precious little about; the more they know about hammerheads, the better equipped they are to protect them. Additionally, because their income is supplemented and they are connected with conservation, fishers have become enthusiastic advocates for sharks, encouraging others in their communities to protect them. This means fewer nets and more sharks in the water, and that means more opportunities to inspire awe in all of us.