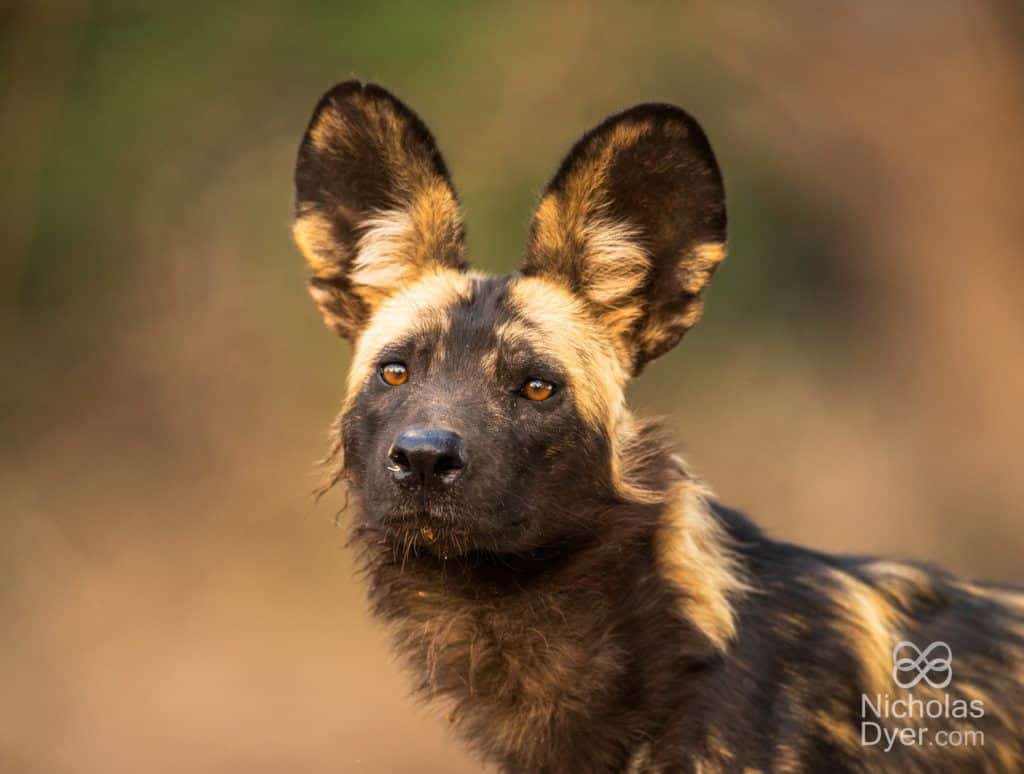 The painted wolf, also known as African wild dog and painted dog, is one of Africa’s most persecuted predators; it is also one of its most elusive and enigmatic. For the last 100 years, the painted wolf has endured an outrageous onslaught of attacks, which has seen their numbers decrease from 500,000 a century ago to only 6,500 today. This 99% reduction in their population has put the painted wolf’s survival on a knife’s edge. However, few people even know this animal exists, or that it is among the world’s endangered species.

Most people across Africa perceive painted wolves as threats to domestic livestock; as a result, they are often shot or poisoned. Painted wolves are also unintentional victims of bushmeat snares that have been set to catch other wildlife species for subsistence and commercial hunting outside protected areas and for poaching inside them. Other threats to painted wolves include: injuries or deaths caused by vehicles moving through their habitat and the loss and fragmentation of their habitat.

You can reserve a copy of the book now, with all profits going to the Painted Wolf Foundation, a UK-registered charity, whose goals are to raise awareness of the painted wolf, and to increase the support base for the species. 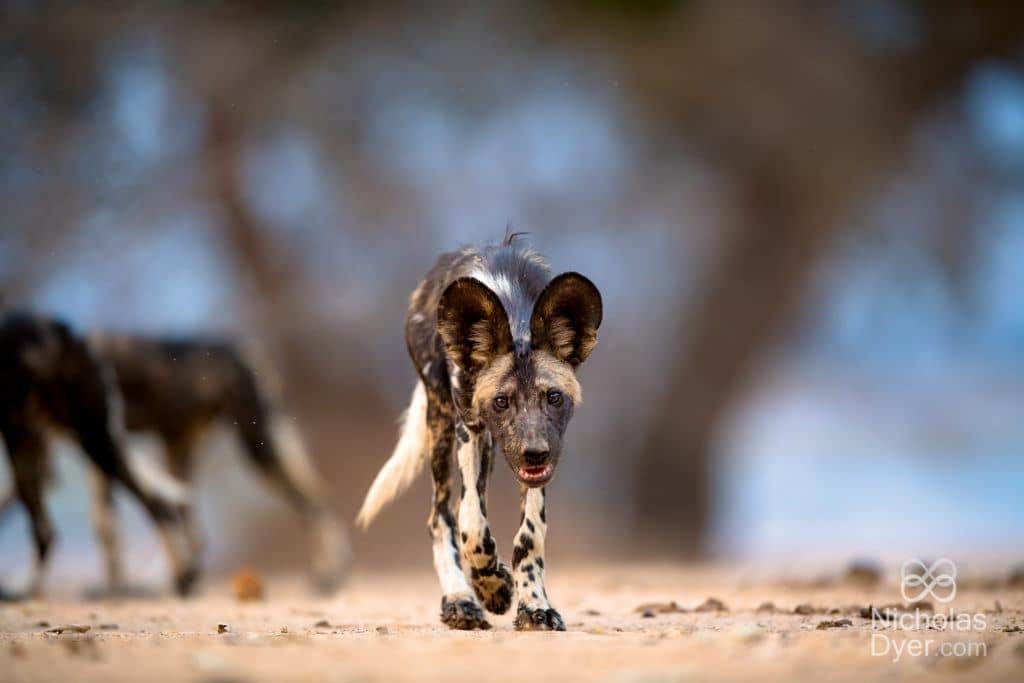 Expertly narrated across 300 pages and illustrated with over 220 stunning images, this book provides an insider’s look into the secret world of painted wolves, showing them to be incredibly social animal that care deeply for their family’s wellbeing in a tightly knit pack. The alpha female leads the pack and is the only one to breed. Other members of the pack serve as dedicated aunts and uncles, teachers and playmates, hunters and defenders to a brood of beautiful but cheeky little pups.

Through this book, Peter and Nick hope to share with people their own unique perspectives about this endearing animal. 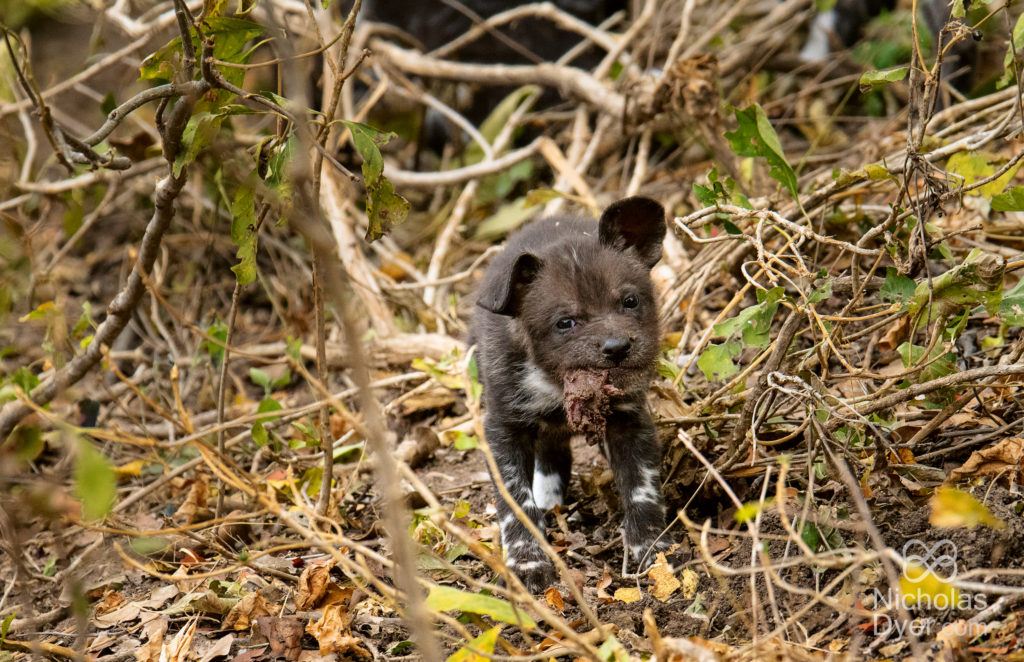 Here are some ways in which YOU can help raise awareness about the remarkable painted wolves:

Help us shine a light on the plight of these beautiful animals.

Join us. Become part of the pack. 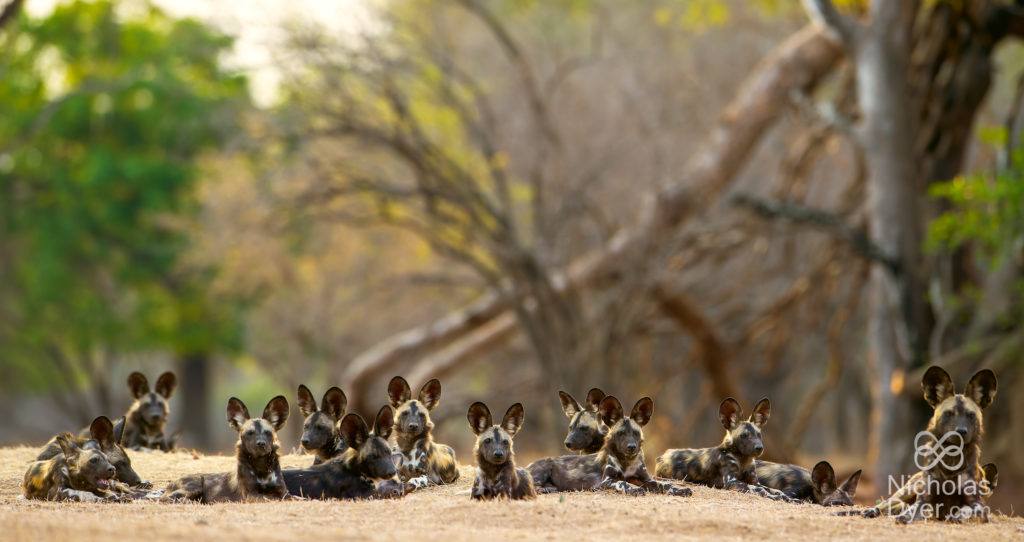