The Miombo woodlands stretch out for miles, intermittently marked by two curving rivers and massive granite inselbergs that loom like sleeping giants. Within this striking landscape, packs of painted dogs chase down impalas, elephants tug leaves off of branches, and lions silently stalk their prey. In both size and attributes, Mozambique’s Niassa Special Reserve is one of the greatest wild places in Africa. Inside its borders, 60,000 people live alongside roughly 900 lions, one of the largest lion populations on the continent. Unfortunately, lions can be terrible neighbors—lion attacks are a risk to people protecting their crops from bushpigs at night. Consequently, Niassa Lion Project (NLP) works across 90% of the Reserve’s 44 villages to improve human-lion coexistence. NLP also leads the Lion Coalition Project that, in collaboration with the Reserve’s management authority, brings together diverse partners to protect the Reserve’s lions and their prey. With a recent grant from the Lion Recovery Fund (LRF), this coalition is employing an innovative conservation approach wherein communities are incentivized to protect wildlife, turning lions from a liability to a financial benefit. 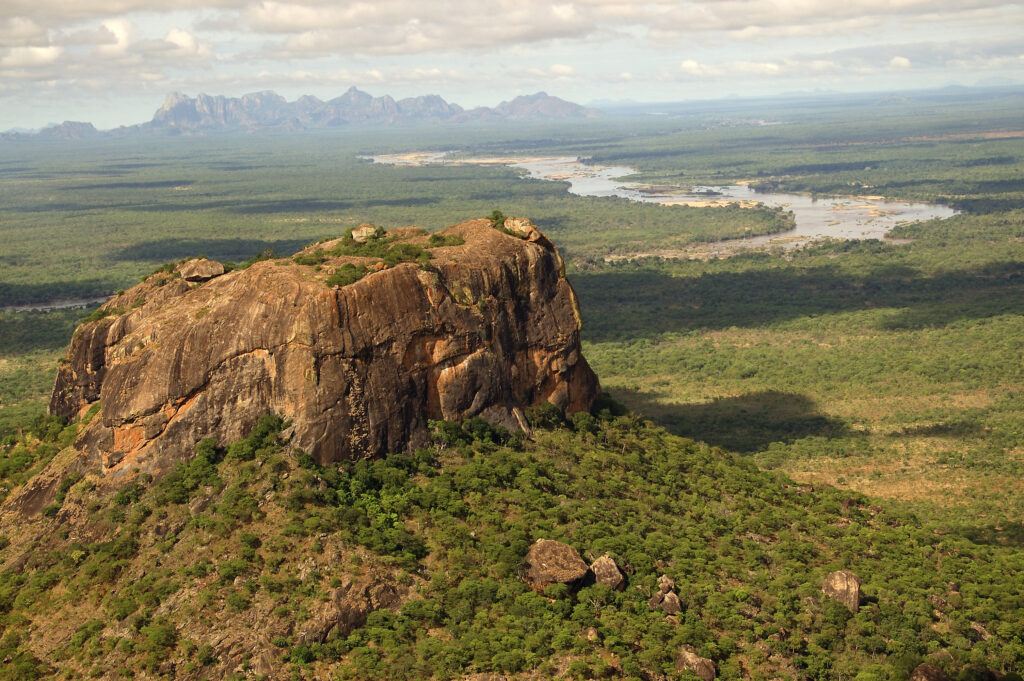 Niassa’s inselbergs tower over the plains that lions call home.

The LRF has been investing in “performance payment” projects since its early days and is gradually expanding this support. These projects vary slightly but all incentivize local people to reduce human-lion conflict by offering them payments predicated on a healthy presence of wildlife—frequently determined by the number of animals recorded via camera traps. For example, LRF funding helped the Ruaha Carnivore Project in Tanzania develop a grid of camera traps to measure the abundance of wildlife in the area, which was used as the basis for their performance payments. Payments might also be given based on a community’s adherence to guidelines regarding the extent of livestock grazing, agriculture, or human settlement and even reduced if such rules are transgressed. 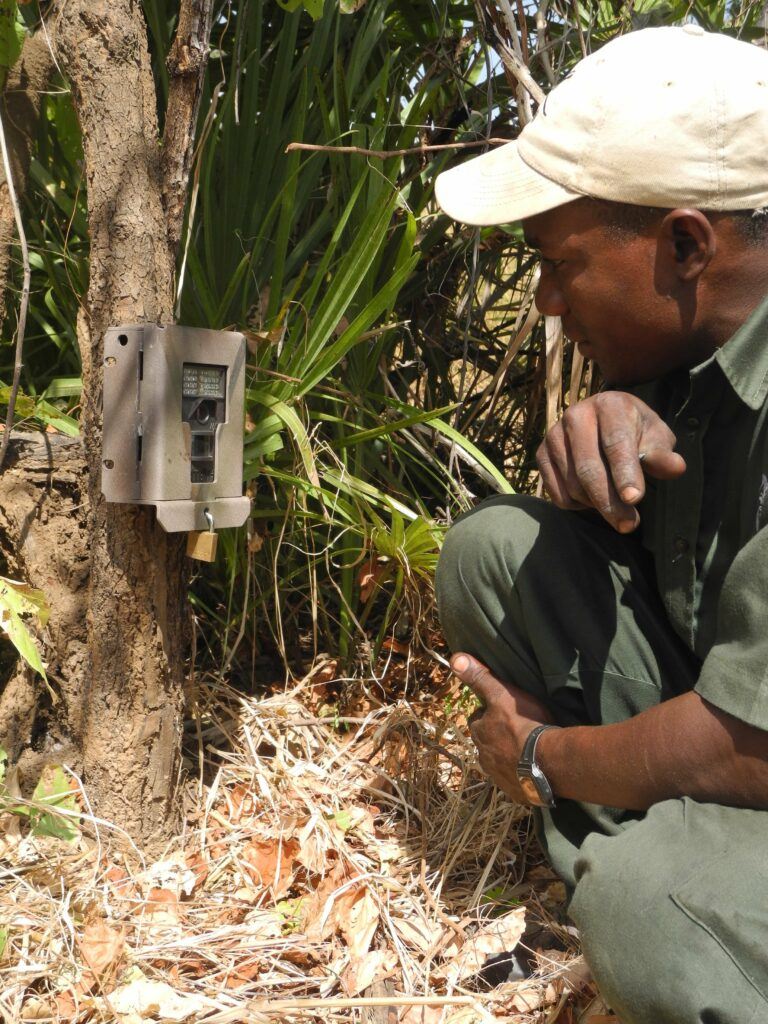 In Niassa, performance payments are particularly important now as targeted lion poaching has grown to be a pressing threat. Historically, poaching in Niassa has been focused on bushmeat, not specifically lions. But recently, there has been a worrying increase in demand for lion body parts, which has caused poachers to deliberately put lions in their crosshairs. 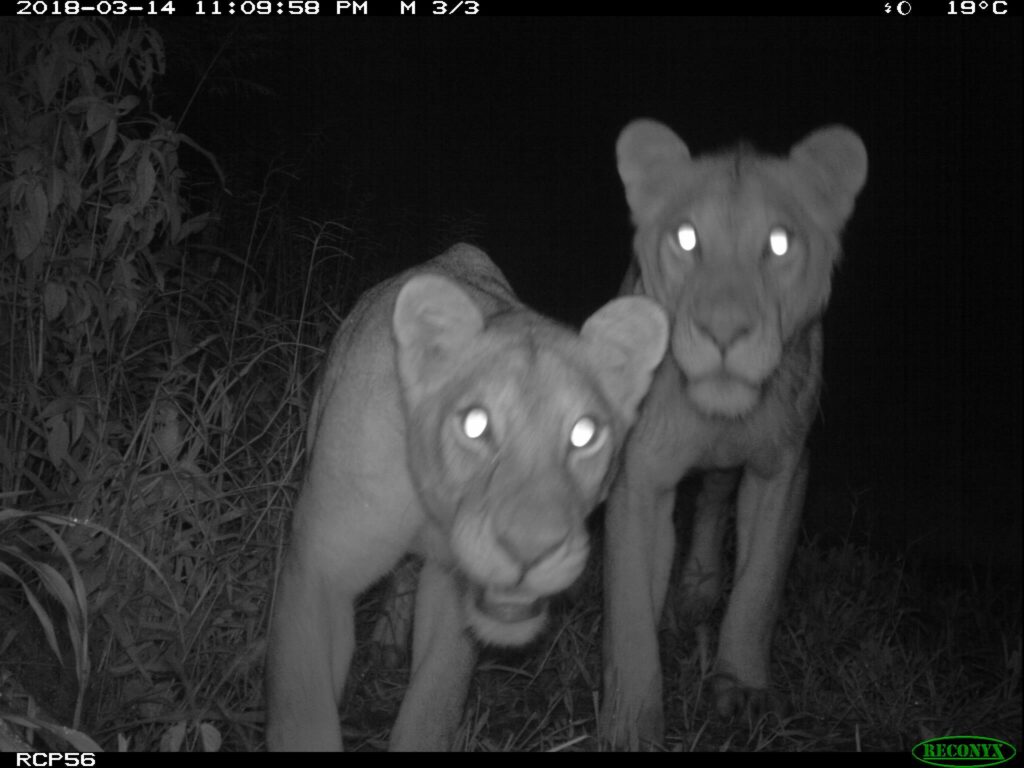 NLP has already seen significant reductions in poaching by implementing other performance payment programs in partnership with communities. New funding from the LRF will help advance these programs and anti-poaching law enforcement with partners across the Reserve. Similar to Ruaha, this project will use camera traps. Each wild animal captured on camera generates a certain number of points, with the more threatened and conflict-causing species worth more. Every three months, those points are tallied and converted into specific goods that are paid out to each of the 10 participating villages, creating a solid link between community benefits and the presence of wildlife. 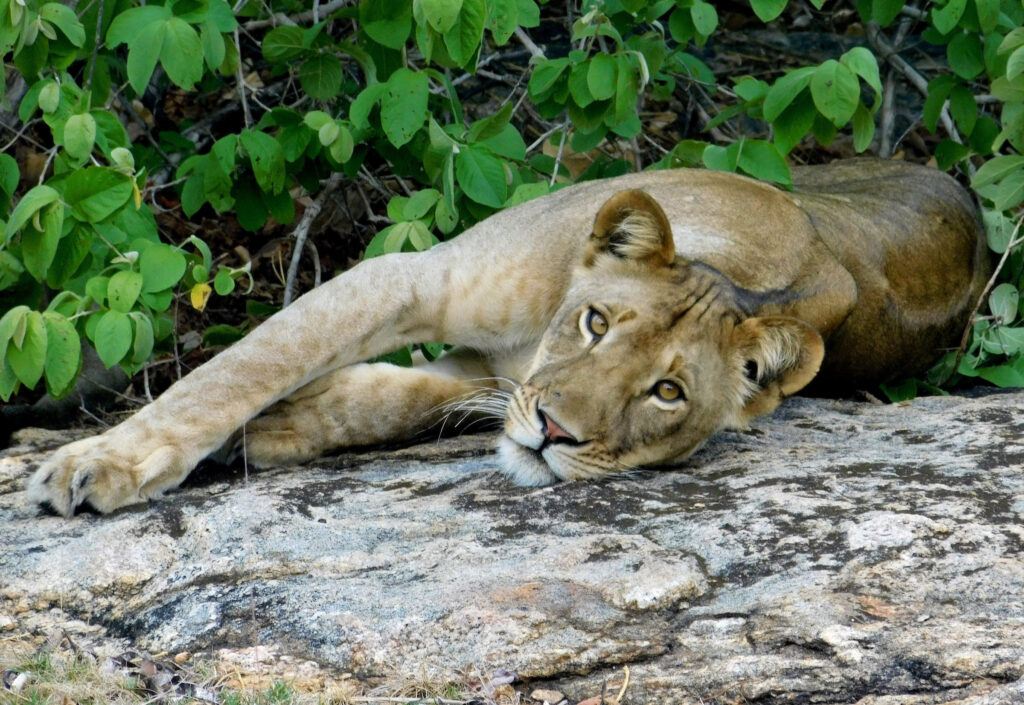 A lion in Niassa Special Reserve.

Performance payments are a great investment because they diminish the challenges and costs inherent in living with lions, so that coexistence is worthwhile and the presence of wildlife is valuable. In Niassa, this could be a key part of ensuring that lions continue to safely inhabit one of the greatest and last true wilderness areas on Earth.