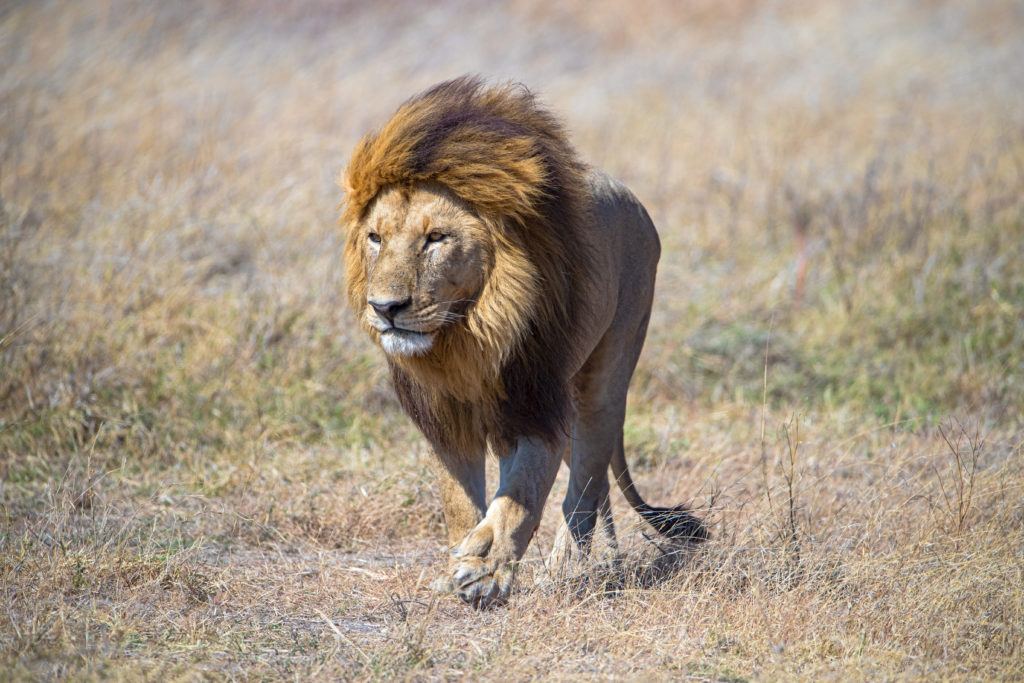 Despite being one of the most iconic and revered animals on the planet, African lion numbers are drastically declining. Lion populations have seen a precipitous drop from 200,000 a century ago to just over 20,000 today, signaling an unprecedented crisis for both lions and their landscapes. In response, the Lion Recovery Fund (LRF) is moving swiftly to convene conservationists and other institutions to stop the crisis, recently announcing six new grants in key lion sites across Africa.

The LRF, an initiative launched by the Wildlife Conservation Network and the Leonardo DiCaprio Foundation, aims to catalyze investment in the most effective efforts by conservationists who are working to reverse the decline of lions in the wild. LRF will assess and deploy funding to the best ideas for lion recovery and habitat restoration. Using a format to maximize efficiency, LRF sends 100% of every dollar raised directly to conservation partners without taking administrative fees or overhead.

The Leonardo DiCaprio Foundation voiced its support for the Lion Recovery Fund’s latest investments, and called upon the public to get involved. “One of the world’s most iconic and revered animals – the lion – is quietly disappearing,” said Justin Winters, Executive Director of the Leonardo DiCaprio Foundation. “The time is now for us to come together and scale up the funding for wildlife conservation, and certainly for lions. The Lion Recovery Fund is effectively supporting efforts across Africa to bring them back.”

Loss of habitat, encroachment of wild lands by people and livestock, poaching of lion prey, and human-wildlife conflict are the main factors that have caused lions to disappear from more than 90% of their former range. More than 26 countries have already lost their lion populations and without action, lions may disappear from many of their remaining strongholds. As a keystone species, the loss of the lion would have a severe impact on Africa’s wildlife and ecosystems and would trigger enormous ramifications on the continent’s $34 billion ecotourism industry.

“Bringing lions back will require a coordinated response on a scale thus far never attempted,” said Peter Lindsey, director of the Lion Recovery Fund at the Wildlife Conservation Network. “We are working to align the conservation efforts of multiple conservation groups around the key steps needed to save lions, and the initial outlook is very promising.” While the threats to lions are great, the road to lion recovery is possible. Conservationists estimate that if existing national parks and nature reserves were properly resourced and managed, and if their local communities were supported, Africa’s lion population could increase to three to four times its current size.

Such investments in parks and people are a priority for the Lion Recovery Fund. The LRF supports innovations in, and scaling of, on the ground conservation efforts to reduce human-lion conflict, enhance law enforcement and end illegal bushmeat (wild game meat) poaching in reserves, and secure the space lions need to roam and recover. It will also support campaigns that build the private, public, and philanthropic commitment for lion recovery.

As of today, LRF has already allocated more than $1.6 million to 19 projects with 14 different organizations working to protect lions and their landscapes across 12 countries in Africa. Today it is announcing its six latest grants to support lion conservation:

About the Lion Recovery Fund
The Lion Recovery Fund (LRF) was created by the Wildlife Conservation Network in partnership with the Leonardo DiCaprio Foundation to double the number of lions in Africa, regaining those lions lost over the past 25 years. In recovering lions, the LRF also aims to restore the health of their landscapes and all that they provide for local people and wildlife. The LRF sends 100% of donations directly to projects that conserve lions, investing in the best ideas for lion recovery, and supporting projects beyond any singular country across lions’ entire range.