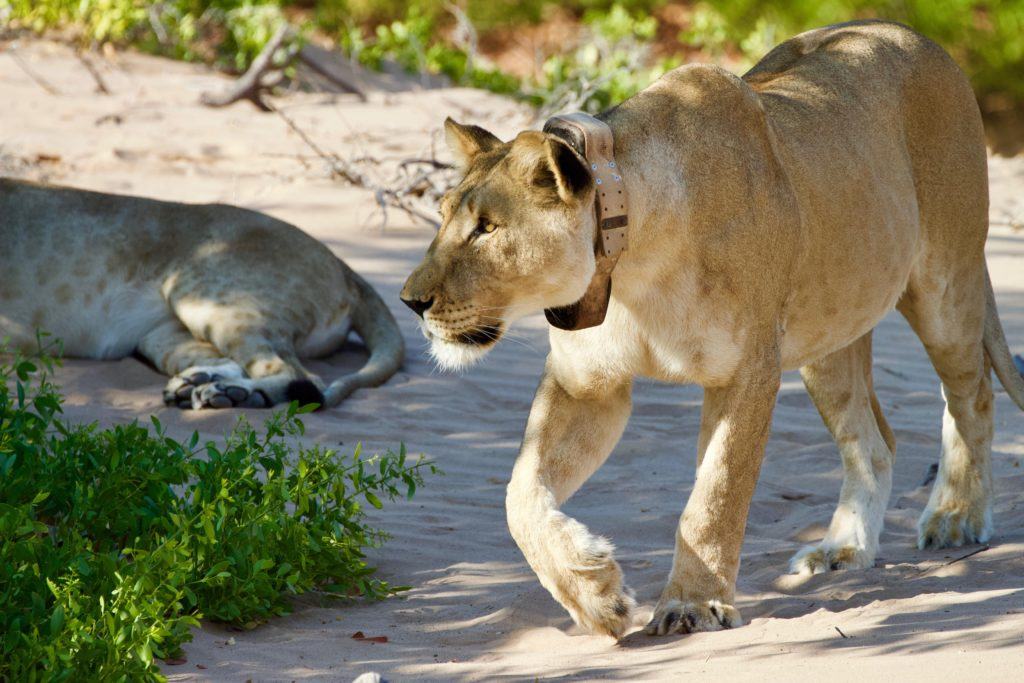 In Angola, lions are believed to be on the edge of local extinction. The grant to the Zoological Society of London will enable them to conduct a survey of wildlife in the lands adjacent to Liuwa Plains in Angola. The results from the survey will be used to lobby the Angola government for the establishment of a new national park and a transfrontier conservation area—both of which would have significant potential to foster the recovery of lions and other wildlife in Angola.

In Namibia, a grant to Desert Lion Conservation (DLC) will enable them to purchase a new vehicle to continue their monitoring and lion collaring efforts of desert lions in the region. DLC’s efforts to monitor lions feeds into the human-lion conflict project of existing LRF grantee, the IRDNC. The collars they put on lions are used to provide early warning to livestock farmers, enabling them to protect livestock to minimize human-lion conflict. The grant will also enable DLC to train community lion rangers and IRDNC’s human-lion conflict rapid-response team.

The Selous Game Reserve in Tanzania is one of Africa’s largest protected areas, containing a critically important population of lions. The status of lions in Selous is unknown, but it is possible that the reserve contains one of (if not the) largest populations of lions in the world. The grant to Frankfurt Zoological Society (FZS) will enable them to deploy a de-snaring team around part of the boundary of the reserve that is acutely affected by bushmeat snaring. FZT supports law enforcement in Selous, working with the Tanzania Wildlife Authority; the grant will also enable them to take measures to protect lions and other wildlife from poison attacks.

In Uganda, the grant to Wildlife Conservation Society (WCS) will enable them to develop a comprehensive program to tackle human-lion conflict in the Queen Elizabeth National Park. The park has recently experienced a major spike in retaliatory killing of lions, causing their numbers to decline from 144 lions to around 100. With LRF support received in 2017, WCS undertook a number of activities, including: rehabilitating a Uganda Wildlife Authority (UWA) ranger station near the boundary to help tackle illegal incursions of livestock into the park; hiring community scouts to act as a liaison between WCS and UWA and the communities to help tackle human-lion conflict (HLC), and monitoring lions in conflict-prone areas to help for rapid response in the event that they leave the park.

To date, the LRF has invested over $5 million to 53 projects with 34 different organizations across 17 countries, for the benefit of lion conservation.