The Land Cruiser is parked at a discreet distance from the Ewaso Ng’iro River, where a herd of elephants is bathing. From inside the vehicle, Frank Pope of Save the Elephants (STE) observes its newest member—a six-month-old male. The calf splashes in the water, his chubby body slick and mud-spattered. His mother, Monsoon, is nearby, keeping a watchful eye on her son. Monsoon is the herd’s 57-year-old matriarch and one of the oldest elephants in Samburu National Reserve, her young calf is one of 52 born in the Reserve last year. Under the herd’s protection, he is growing into a confident, feisty bull. Ten years ago this relatively serene childhood would have been upended by a raging poaching crisis in northern Kenya. 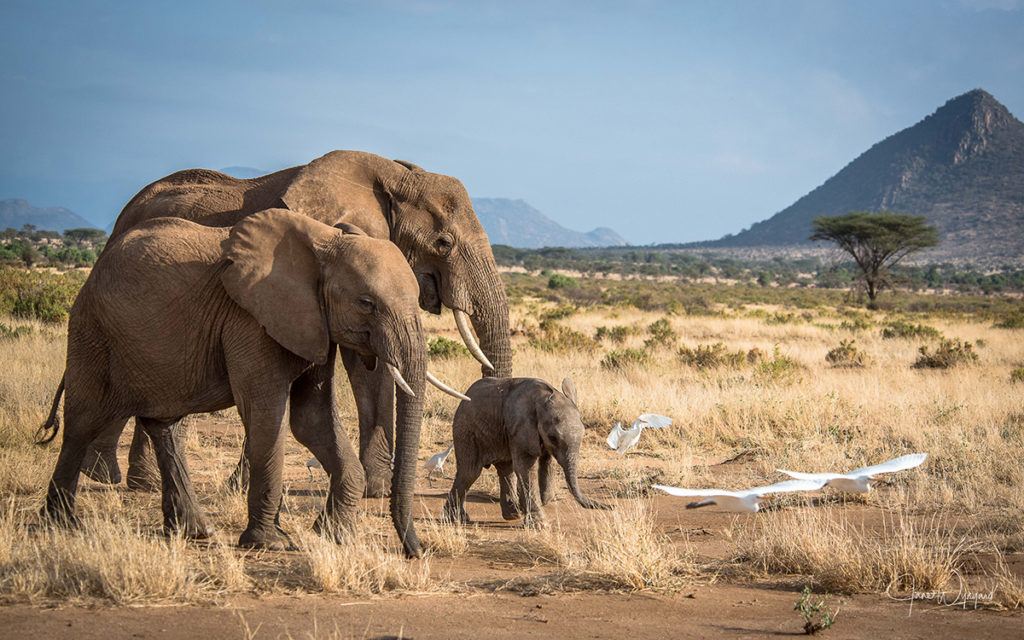 The birth of Monsoon’s calf could signify that she finally feels safe enough to reproduce again.

Most of Monsoon’s herd was killed during the height of Kenya’s poaching crisis that began in 2009. Driven by a demand for ivory, poachers killed an estimated 100,000 elephants from 2010 to 2012. Monsoon herself was shot five times; each time she survived because of quick interventions by STE and Kenya Wildlife Service to treat her wounds. Monsoon suddenly became the matriarch of her herd, a role for which she was woefully unprepared. Elephants rely on matriarchs to teach them how to survive—they carry knowledge about safe migratory routes, where to find sources of water in arid landscapes, and how to avoid threats. Monsoon had no one to show her the ropes, but despite these challenges, she persevered.

STE has been monitoring Monsoon for 17 years, gathering data from her tracking collar. This data has shown Monsoon and her herd frequently traveling at night to forage for food when passing through dangerous locations. It also indicated the herd often retreats into Samburu when they feel threatened. Such fear-based behaviors in elephants are likely to have long-term implications for their survival, impacting the way they search for food and their reproductive cycles. For example, Monsoon had a calf she managed to raise and keep safe during the 10-year-long poaching crisis, but until last year she hadn’t given birth to any more calves since then. (Elephants usually give birth every two to four years.) The birth of her newest calf could signify that she finally feels safe enough to reproduce again. Returning to Samburu to have her calf could mean she feels the Reserve is secure. Monsoon’s movements seem to support these theories; she travels with her herd more freely during the day while in Samburu and she eats, sleeps, and socializes there with relative ease. 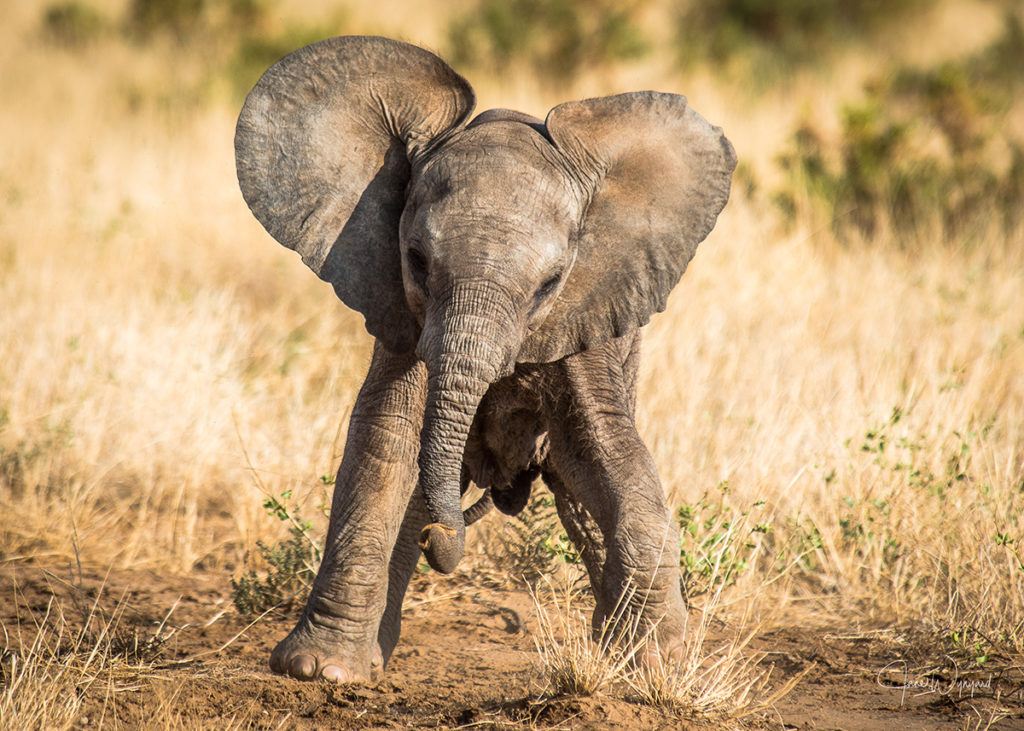 STE’s collaborative efforts to engage local communities in conservation and to curb poaching in Kenya have played a key role in making Samburu safe for Monsoon’s herd and for all elephants in the Reserve. The wave of new elephant births in the last year, including Monsoon’s new calf, gives hope for a brighter, more secure future for Kenya’s elephants.