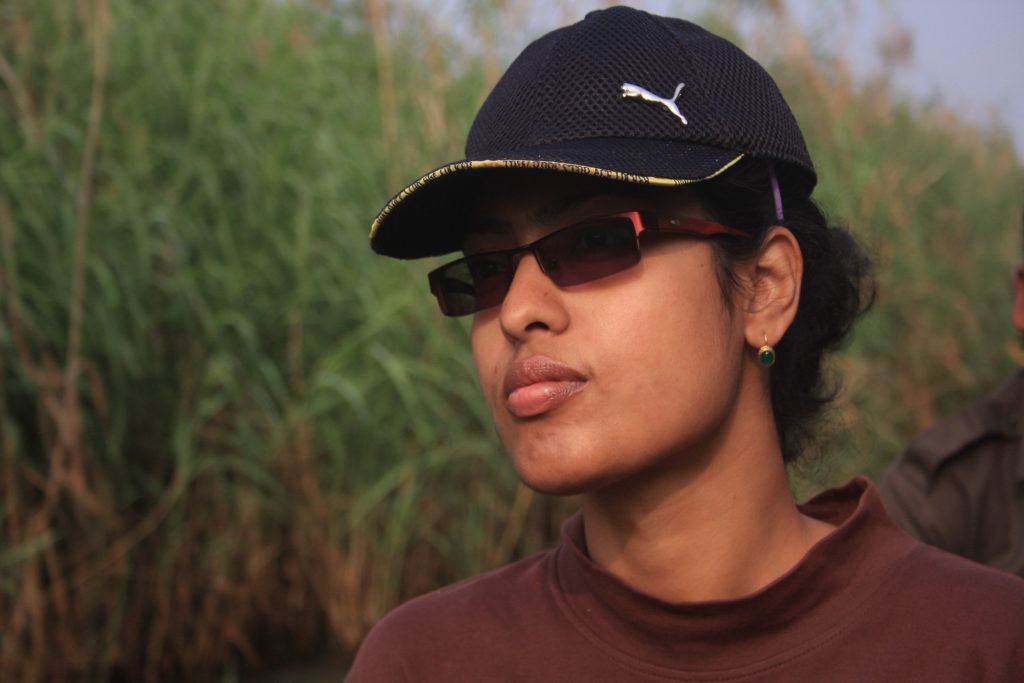 Pink flamingoes soar over Chilika Lake, India, where felid biologist and conservationist Tiasa Adhya is helping local students install a camera trap near the flat, glassy water of Asia’s largest estuarine lagoon. The water shimmers blue, gold, and green as Tiasa secures the camera to a stake in the sandy earth. Explaining that fishing cats are nocturnal, Tiasa arranges with students to return tomorrow to see if they’ve captured images of one of India’s most endangered felines—the fishing cat.

Native to south and southeast Asia, fishing cats are about twice the size of a house cat, with black spots and stripes patterning coarse, olive-gray fur. Notoriously elusive, they are among the world’s least-seen and least-studied wild cats. Hunting, poaching, and retaliatory killings by farmers and fishermen threaten them, as do land-use intensification and habitat destruction, since marshlands are widely considered “wastelands” in India. Tiasa uses science-based research and media outreach to persuade government officials, non-government organizations, and citizens/community members to initiate mainstream conservation actions for fishing cats in human-dominated landscapes. Her work contributed significantly to the 2016 IUCN Red List assessment, listing fishing cats as Vulnerable.

Wildlife conservation has been Tiasa’s passion since childhood. After learning about fishing cats during a tiger census, she undertook a fishing cat survey in West Bengal. Fluent in English, Bengali, and Hindi, Tiasa earned her Bachelor’s degree in Zoology from Calcutta University and is now working toward her master’s degree from the Centre for Conservation of Natural Resources at The University of Trans-Disciplinary Health Sciences and Technology, where she focuses on fishing cat habitat use and occupancy in Chilika. As a recipient of multiple national wildlife service awards—including the 2018 WCN Scholarship award—Tiasa lectures in workshops and educational seminars about human-wildlife coexistence. To help people understand fishing cat ecology and create conservation action plans, Tiasa bridges the gap between science and the public through art, to break down scientific jargon and involve people in building conservation movements. She has written over 100 popular and scientific articles in English and vernacular media, eco-poetry, and a scientific publication, edited a local wildlife magazine, and provided research for Machbagha, a film about fishing cat survival. 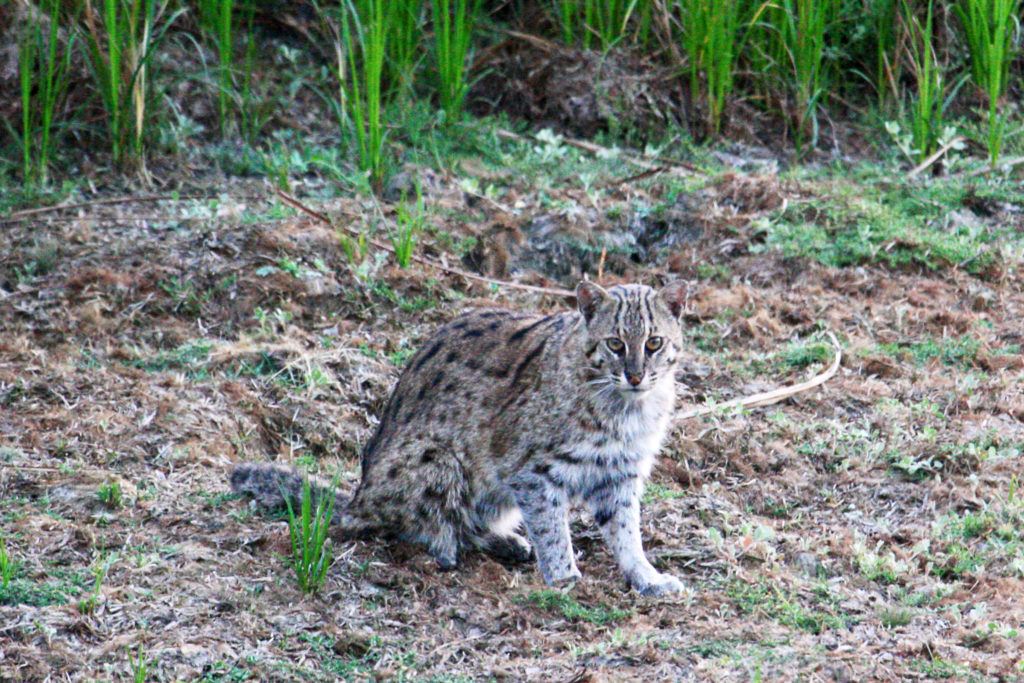 As principal coordinator and scientist for the Fishing Cat Project—part of the Small Wild Cat Conservation Foundation—Tiasa works with her team in India to research outside protected areas in the marshlands of the lower Gangetic floodplains, Mahanadi floodplains and delta, and in the basin of Chilika, which lies between two protected areas (Bhitarkanika in Orissa and Coringa in Andhra). They recently found evidence of a fishing cat population there and now work with a local poacher-turned-conservationist group to conduct ecological studies assisting with wetland management and protection.

Tiasa’s work has led to government resolutions protecting fishing cats and supporting local conservation efforts; Forest Department adoption of scientific protocols during fishing cat rescue and release; and increased interest among the general public. By nurturing and encouraging a spirit of conservation in local communities, her team generates a “pride value” for the fishing cat in West Bengal, where it is the state animal. This has led to community-driven conservation initiatives, including a community owned and managed seed-goat-firm that replaces goats taken by fishing cats, and efforts to resist hunting/poaching, instead involving former wildlife hunters in fishing cat research. Tiasa also trains local youth on camera trapping protocols and involves community members in research and conservation through her team’s initiative, “Know Thy Neighbors.” This program supplies interested community members with camera traps so they can monitor fishing cats in their backyard and involves them in identifying and naming fishing cats, helping to create attachment with the species.

Tiasa also works with her team to raise local conservation awareness through local cable channel films, campaigns on bike, and collaboration with the Forest Department and elected administrative rural bodies to lead workshops and distribute awareness materials. Tiasa’s work has led to ongoing community involvement to have their area recognized as a community owned and governed heritage site for fishing cat conservation.