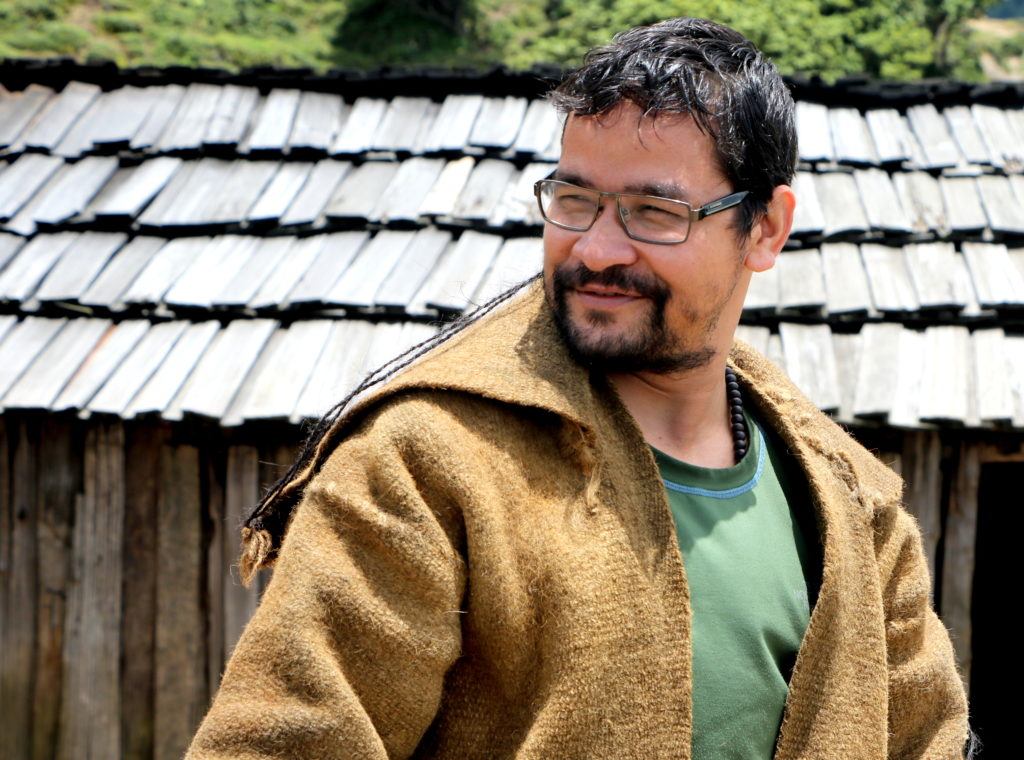 A red panda streaks through a rural village in the Himalayan foothills of Eastern Nepal, a pack of stray dogs following close behind. The sound of their barks and growls fills the air. Slightly larger than a house cat and sporting striking russet fur, the red panda is an easy target for the dogs. It turns a corner and comes to a hard stop, searching desperately for a tree to climb, but there is only flat road and open space. Just as the dogs close in, a villager appears.

Fortunately for the red panda, the villager is familiar with the species as well as the Red Panda Network (RPN)—RPN has educated and sensitized nearly 100,000 local people about red pandas using materials prepared by conservationist and 2019 WCN scholarship recipient Damber Bista. The villager rescues the red panda, sheltering it overnight in a bamboo basket and providing it with plenty of bamboo to eat. The next morning, his friend, an RPN Forest Guardian, arrives and checks the animal for signs of injury before releasing it back into the forest.

Damber, now earning his Doctorate of Philosophy in Wildlife Science Unit/School of Agriculture and Food Sciences at the University of Queensland, is studying how red pandas interact in human-dominated landscapes. He joined Red Panda Network in 2011, and has trained more than 125 local people as citizen scientists (RPN “Forest Guardians”), promoted red panda-based eco-tourism in Nepal (the only place where you can see red pandas within 3-4 tracking days in the wild), and worked tirelessly to expand a community-based red panda conservation program in Nepal. As poaching, livestock and agricultural farming, and clear-cutting increasingly degrade the red pandas’ habitats, their numbers are sharply declining; there may now be fewer than 10,000 red pandas left in the wild.

Easily recognizable with their rich, ruddy fur, ochre-ringed tails, and shining eyes set in expressive faces, red pandas spend their early mornings and evening hours foraging for bamboo and their days sleeping in trees—stretched out on a branch with legs dangling in hot weather, curled in a tight ball with bushy tail wrapped about the head when cold. This ancient species lives in high-altitude cloud forests, ranging from northern Myanmar (Burma) to the west Sichuan and Yunnan Provinces of China, and some areas of Nepal, India, Bhutan, and eastern Tibet (China). Human introduction of free-roaming dogs (feral, hunting, and herding) into these forests is just one threat that red pandas face: dogs can hunt them, chase them into human-populated areas, and spread non-native diseases like canine distemper virus, which is fatal to red pandas.

Growing up in western Nepal’s lowland countryside, near a forest filled with colorful birds and the sound of tigers roaring, Damber planned to focus on tiger conservation. But after earning his Master’s degree and joining the Red Panda Network in 2011, he grew increasingly concerned about the red panda’s plight. “Despite having no conflict with humans, the red panda is suffering more from human activities,” Damber said. “Every creature has an equal right to live on this planet.”