Minh Nguyen never knew that Javan rhinoceros were native to her country of Vietnam until a poacher shot the last one in 2011, cementing the species as locally extinct. The news jolted her. But, it also renewed her drive to ensure that her focal species, the large-antlered muntjac deer of the Annamite Mountain Range, never meets the same fate.

Nominated by William Robichaud of the Saola Working Group, Minh is a 2019 WCN Scholar pursuing her PhD in Wildlife Ecology and Conservation at the University of Florida. Through her collection of behavioral movement data, she hopes to improve conservation outcomes for the large-antlered muntjac while integrating the needs of local communities. 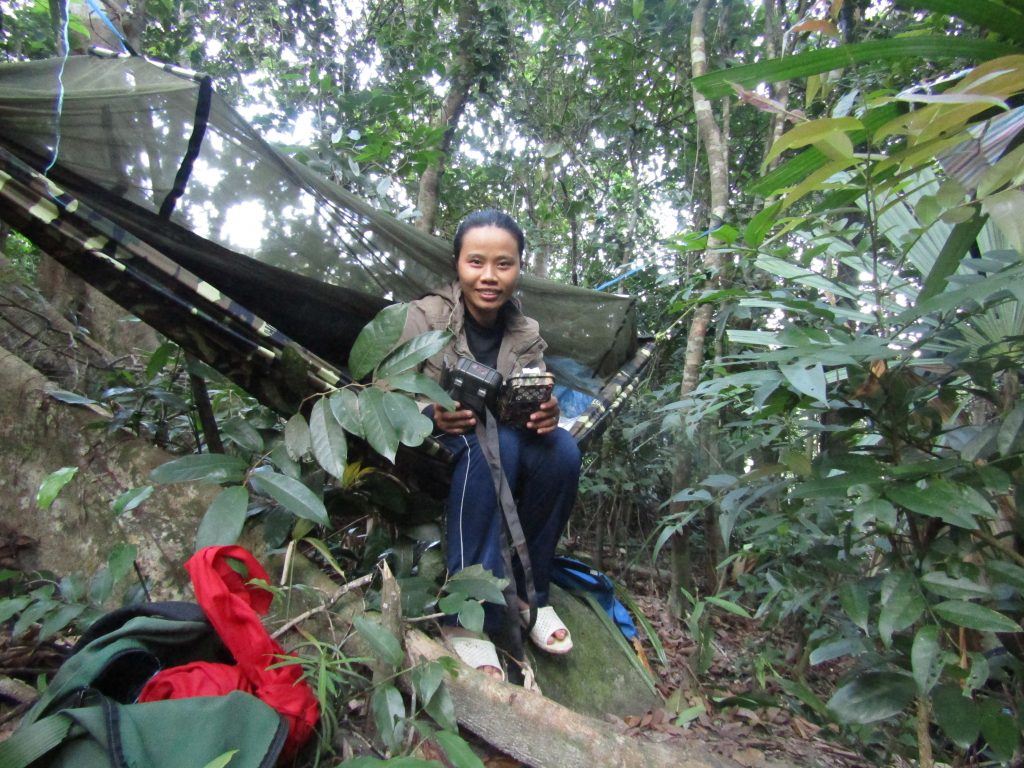 Minh is tracking the rare muntjac across the evergreen forests atop Southeast Asia’s peaks. Stretching from central Laos down to southern Vietnam, the Annamites are home to some of the world’s most threatened and least studied species. Critically endangered species like the large-antlered muntjac and the saola, a forest-dwelling bovine, were only recently discovered within the last thirty years. While there are still new species to be found and studied, snares and illegal hunting are decimating the muntjac and other Annamite wildlife at an alarming speed. This region is one of the principal biospheres plundered by black market traffickers, and the sheer scale of poaching is pushing the large-antlered muntjac and other rare species to the brink of extinction.

Minh believes that the solution to this conservation problem lies in working with local communities. “From ten years of involvement in field research and conservation work, I am realizing that our management strategies are causing conflicts between the community, the forest, and the management authorities. No one can protect the forest better than people who are living in or around it,” Minh reflects. By fostering community-based conservation, she hopes to protect the large-antlered muntjac and other wildlife across the Annamite region. 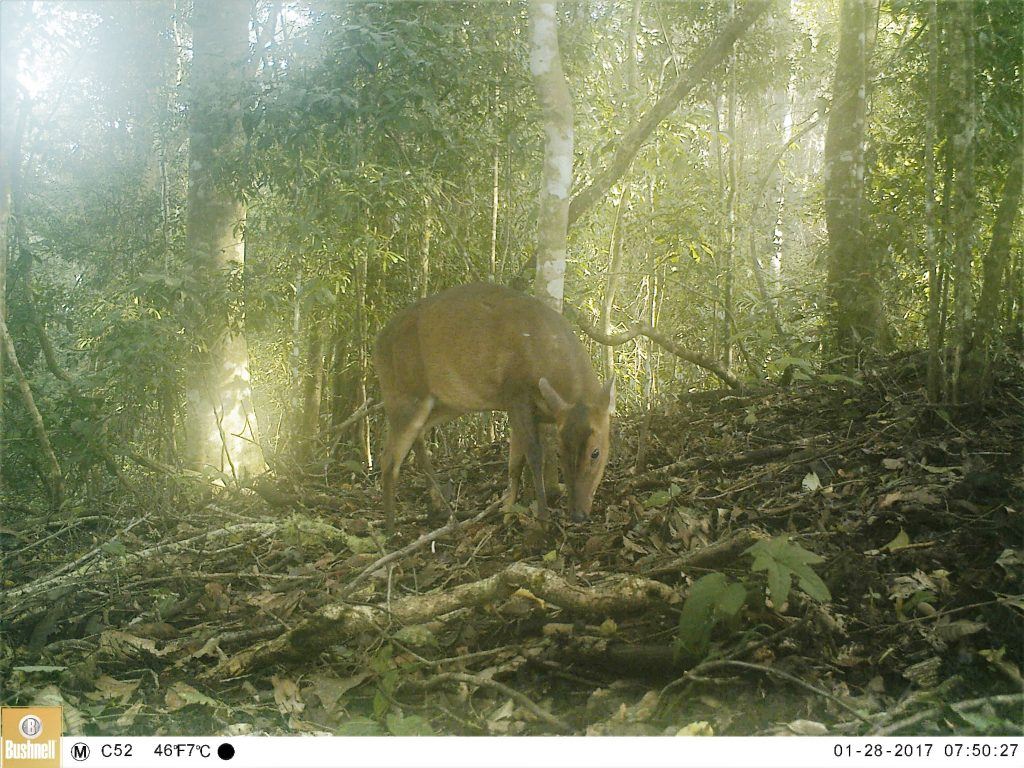 Before starting her PhD program at the University of Florida, Minh earned both a Master of Science in Ecology and a Bachelor of Science in Biotechnology from the University of Science in Ho Chi Minh City, Vietnam. Between her studies, she has been developing her career as a conservation field researcher. As part of the Wildlife Conservation Society, Minh contributed to the preservation of the highly-endangered Rafetus giant softshell turtle and supported monitoring and enforcement of the illegal wildlife trade taking place in Vietnam. More recently, as a consultant to the Southern Institute of Ecology, Minh assisted with the census of the rediscovered Vietnamese mouse-deer and acted as principal investigator on the status of long-tailed macaque in the Rung Sac Mangrove Reserve.

Minh is part of a small group of women pioneering evidence-based conservation in Vietnam, and she envisions long-term solutions to improve conservation across her country. She seeks to develop more informed policies and effective strategies, optimize the connection between management authorities and the community, and foster the next generation of well-trained wildlife conservationists.

Though she has yet to see a large-antlered muntjac with her own eyes, Minh’s mission to save this critically endangered deer is steadfast. By developing community-based approaches, Minh is working to save not only the muntjac but other highly-threatened species unique to the Annamite Mountain Range.