Many of you will remember the story of the Mpindo pack from last year. The pack of two adults had chosen to den in the rural village of Mpindo, eventually giving birth to eight pups. When the community discovered the den, they contacted us and asked us to remove the painted dogs from the village. Contacting us, as opposed to directly harming the dogs, was a great sign of progress and to thank them we added the Mpindo Primary School into our Bush Camp Program. 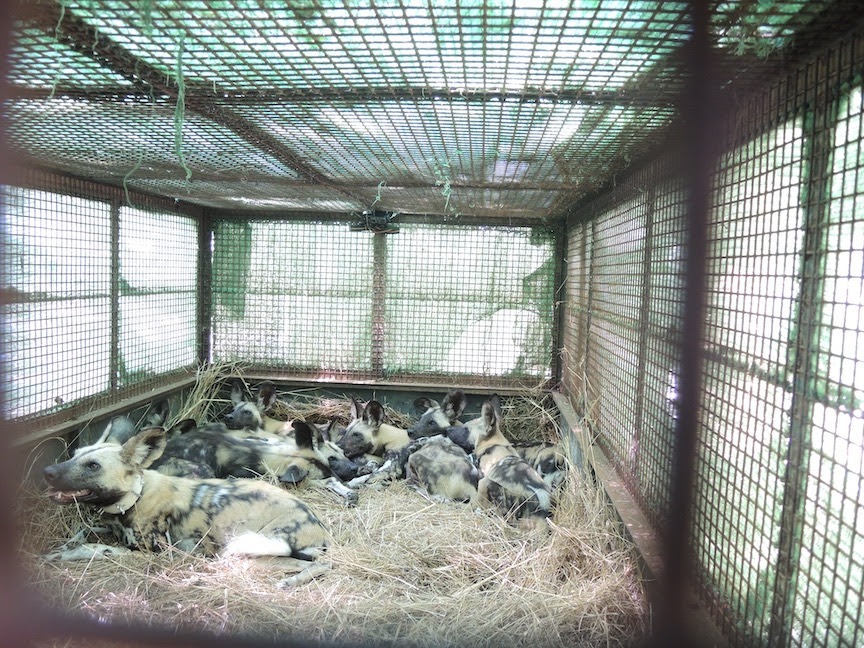 We relocated the adults and pups to our world class Rehabilitation Facility and kept them until the pups were old enough to be released in December 2018. The release was as smooth as it could be and the pack began the next chapter of their challenging life at Jambili Pan, deep inside Hwange National Park. 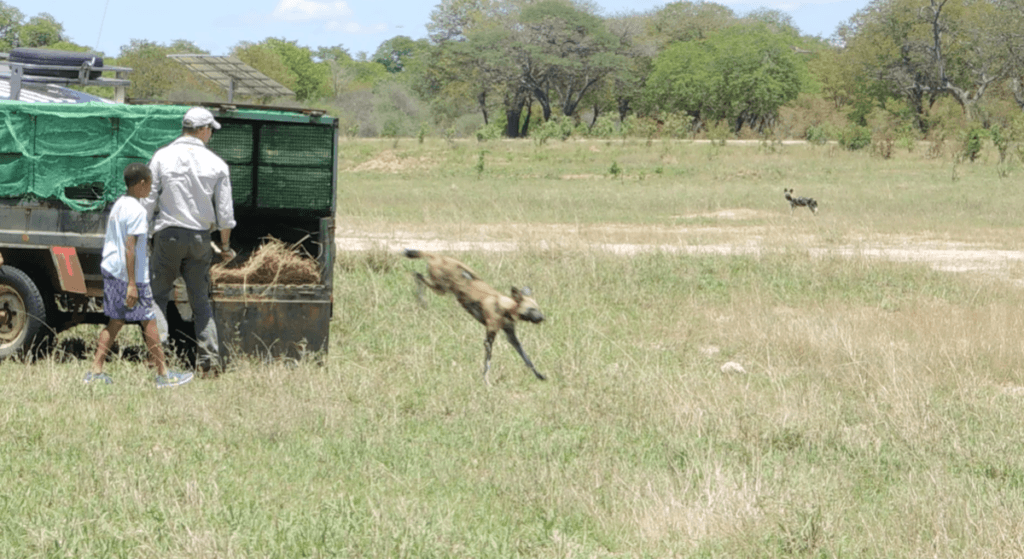 Sadly, two pups were lost early on to predation, likely from lion or hyena. The pack continued to move through their new territory and we quietly hoped they would remain in the area. But things began to change. 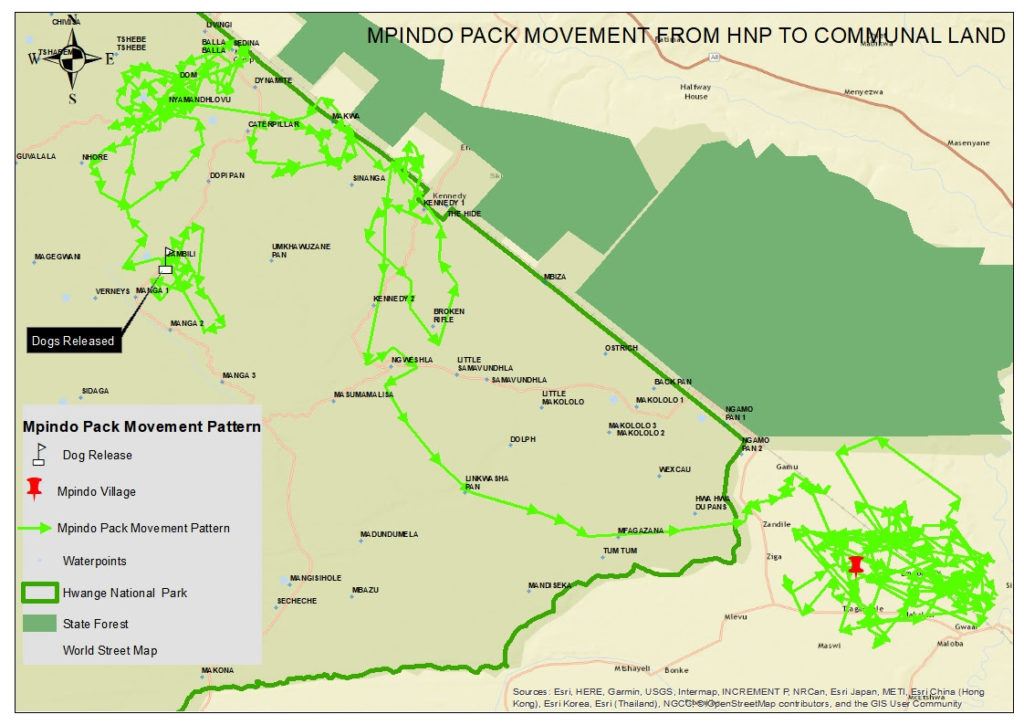 Two more pups were lost, and then, alpha male Jonathan’s collar indicated the pack were heading in a bee line back to the relative safety of Mphindo! A lion free area. And very soon the phone was ringing again. “The dogs are back.” 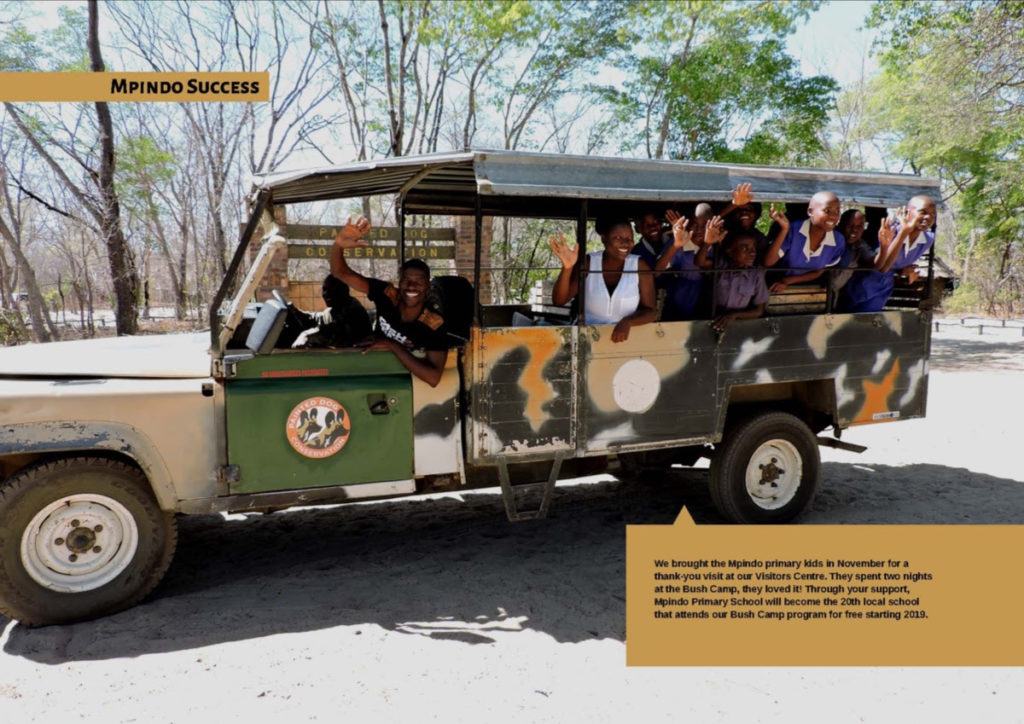 This time, however, the calls from Mpindo were merely to notify us that the dogs had returned rather than to request their removal. Why? Because after that first call, our team, headed by Jealous, were on the ground talking and meeting with the villagers every day and educating them and their children about painted dog survival.

As a result, this time the message was very clear: “You are helping us, you are helping our children, so we will help you. No one will harm the dogs.” That’s a success whichever way you measure it. An acknowledgement of 20 years of work, aimed not only at changing attitudes but also at changing behavior to create an environment where painted dogs can thrive. 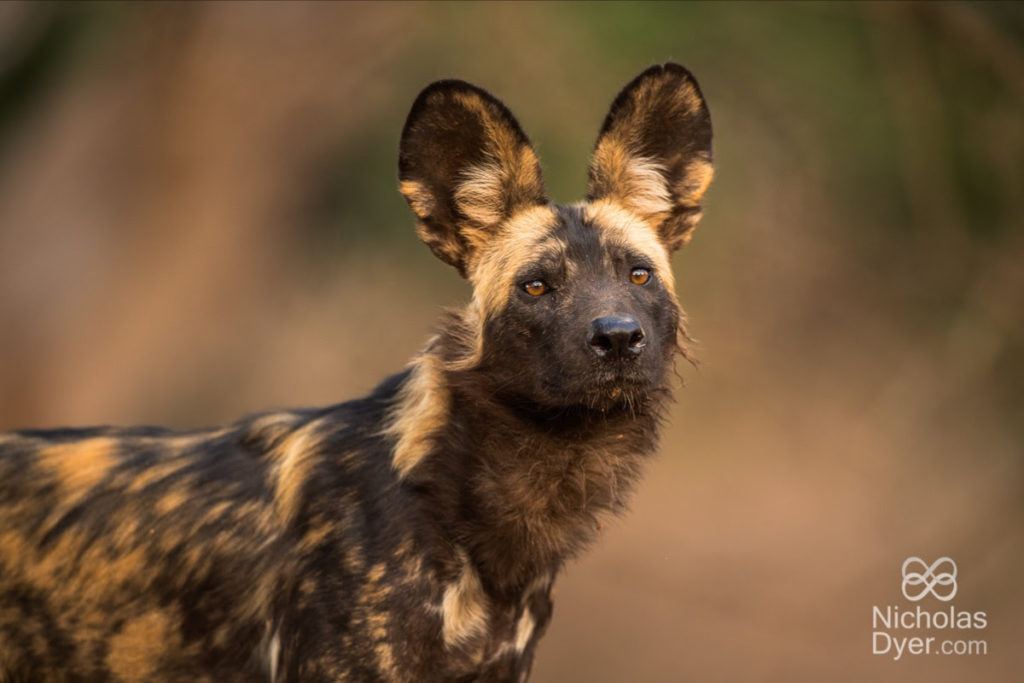 However, there is always a however. The painted dogs don’t confine themselves to Mphindo Village. They cover more than 700 square kilometres of an area we barely touch with our education outreach programs. We simply do not have the resources to conduct education and development programs in this area, which is more than 100 kilometres from our headquarters. We talk continually about possible programs we could implement in the area, such as a developing a so called goat bank, that can compensate the villages for any losses, or helping with infrastructure development at the various schools or providing life giving water through drilling bore holes. All to ensure that the painted dogs are universally accepted. It’s a tough order, and as we work to figure out our response, we must again capture the pack and remove them from the area.

Such is life on the front line of conservation and we don’t yet have a solution. 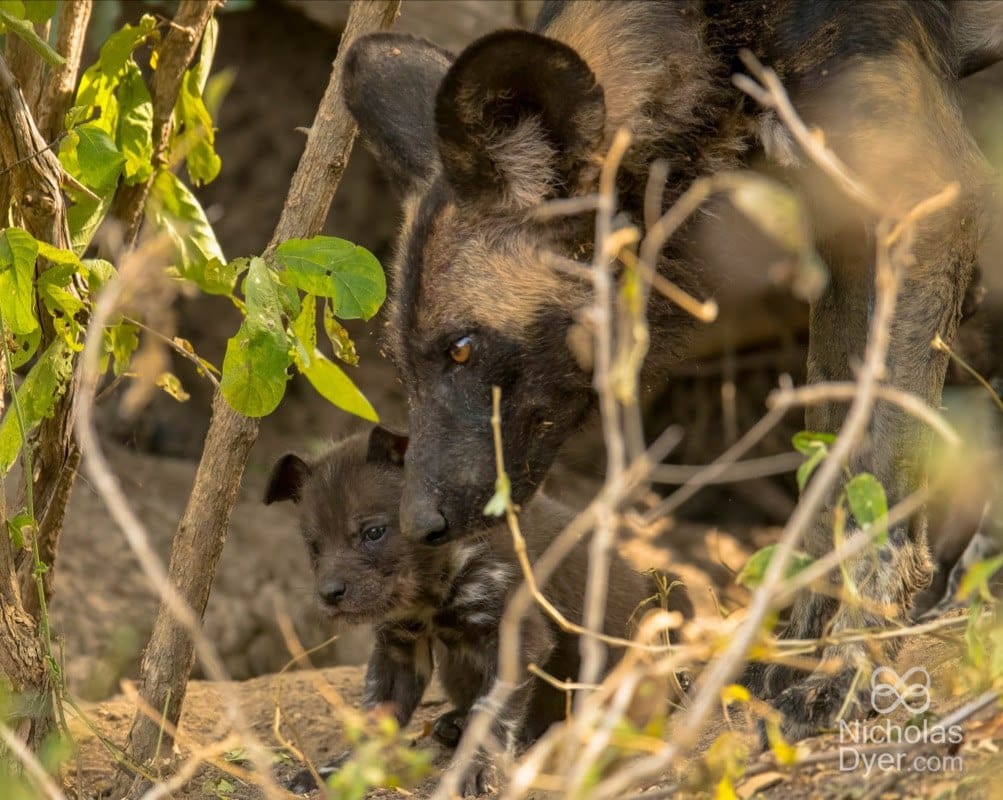