At the start of the year, people all across the world set new intentions, resolutions, and goals to accomplish in the New Year. As we think about our work in 2019 to protect some of the world’s most endangered species, we can’t help but be hopeful by seeing the birth of new wildlife at so many of our partners’ sites. We’re kicking off 2019 with hope for wildlife by sharing fun facts and adorable photos of young pups, calves, and cubs from across the globe.

Elephants are some of the world’s most iconic species and we can’t help but smile when we see baby calves. The gestation period for elephants can be as long as 22 months and calves weigh around 250 pounds at birth! These not so little cuties can’t see very well at first and recognize their moms by touch, sound, and scent. Just like some human babies who suck their thumbs, calves suck their trunk and don’t learn how to use it to eat and drink until 6-8 months old. 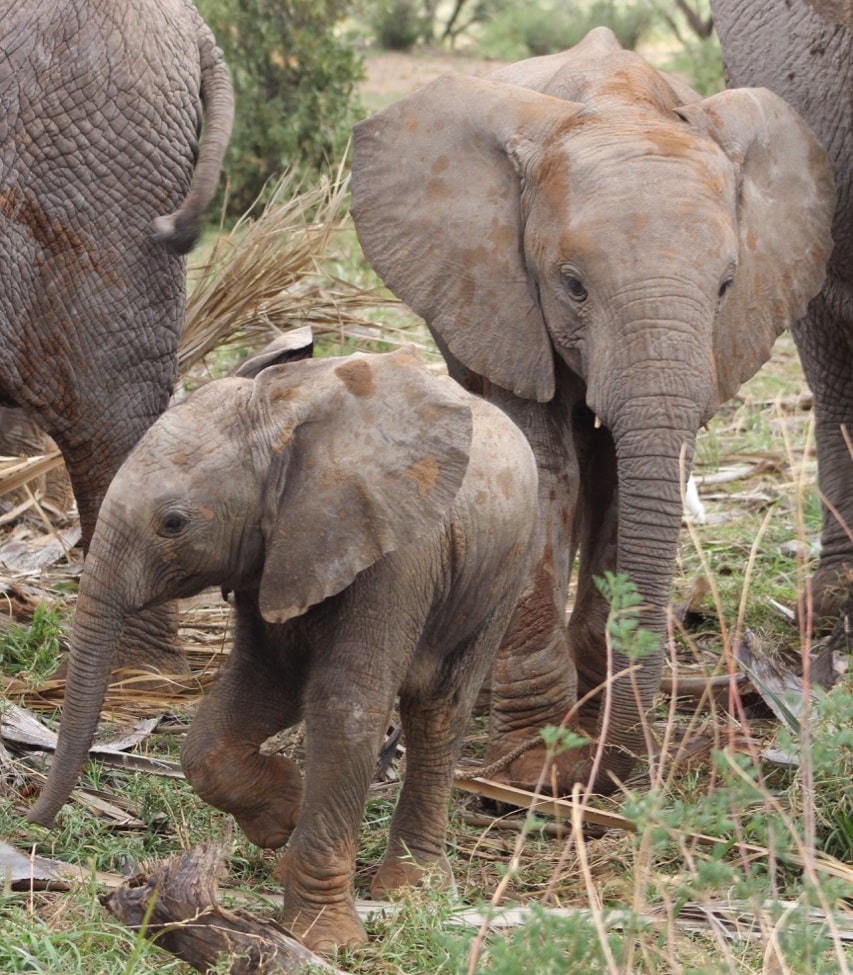 Calves photographed a month ago at our partner Save the Elephant’s site in northern Kenya by WCN staff member Becca Stievater.

As iconic as elephants and known as the “King of Beasts” once they are full grown, lion cubs are born blind and helpless. A lioness will leave her pride to find a safe and secluded place to give birth to her litter, which usually consists of 1-6 cubs. She keeps her cubs hidden for 4-6 weeks and is their sole caretaker. If she has to move them, she does so by picking up the cubs one-by-one with her mouth. When they join back with the pride, any lactating female will suckle the cubs and there is no favoritism for their own offspring. 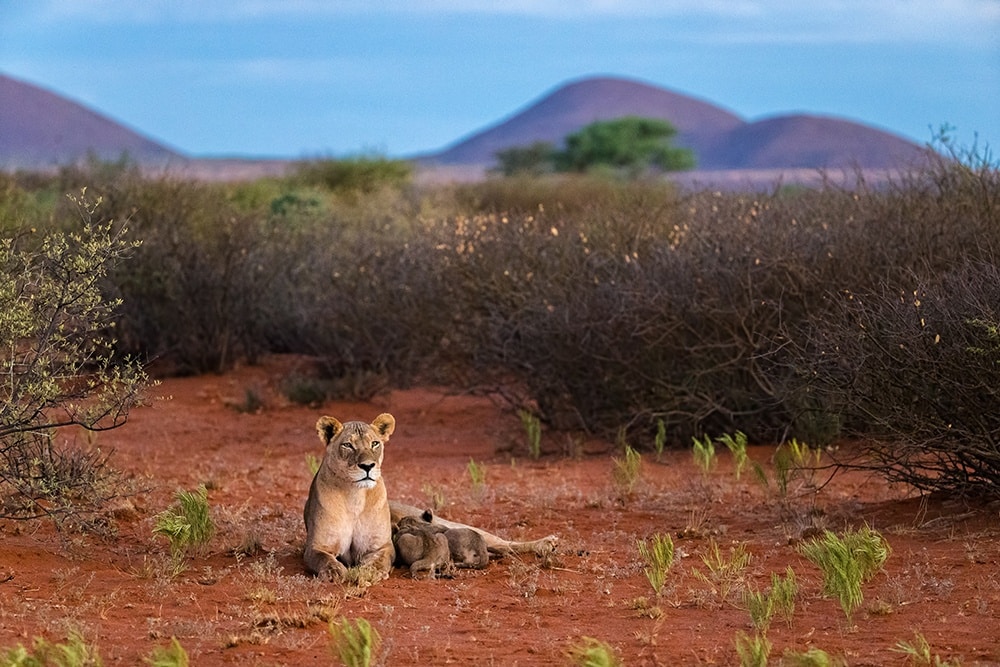 A lioness stays secluded in the bush to nurse her two young cubs.

Can you guess what a baboon baby is called? Believe it or not, they are called infants! Mothers raise their young collectively and fiercely protect babies of other females just as they would their own. Newborn baboons immediately have an instinct to grasp tightly with their hands and feet, a trait that helps them cling tightly to their mothers for the first several weeks. You can see this grasping instinct in the photo of the mother and infant baboon below, taken a few weeks ago in northern Kenya. 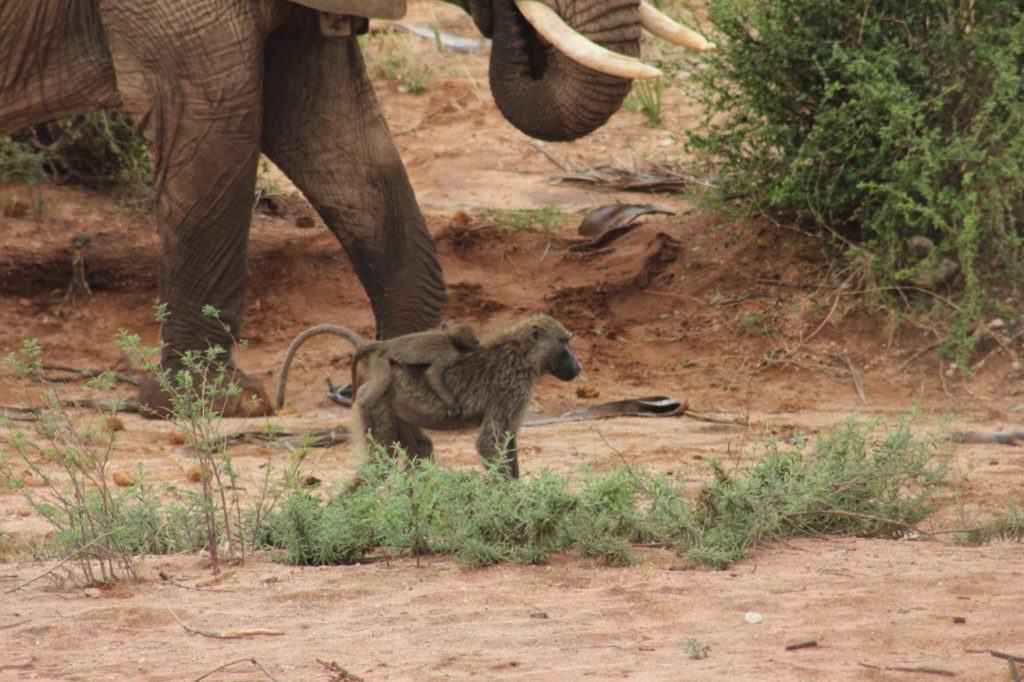 Caracals are unique looking cats. Known for their big black ears, these cats have a gestation period of up to 81 days. Caracals give birth to 1-4 kittens and unlike many animals, kittens begin to open their eyes on their first day and have them fully opened in 10 days. They stay with their mothers for up to a year and when they leave their mothers they live the rest of their lives in solitary. 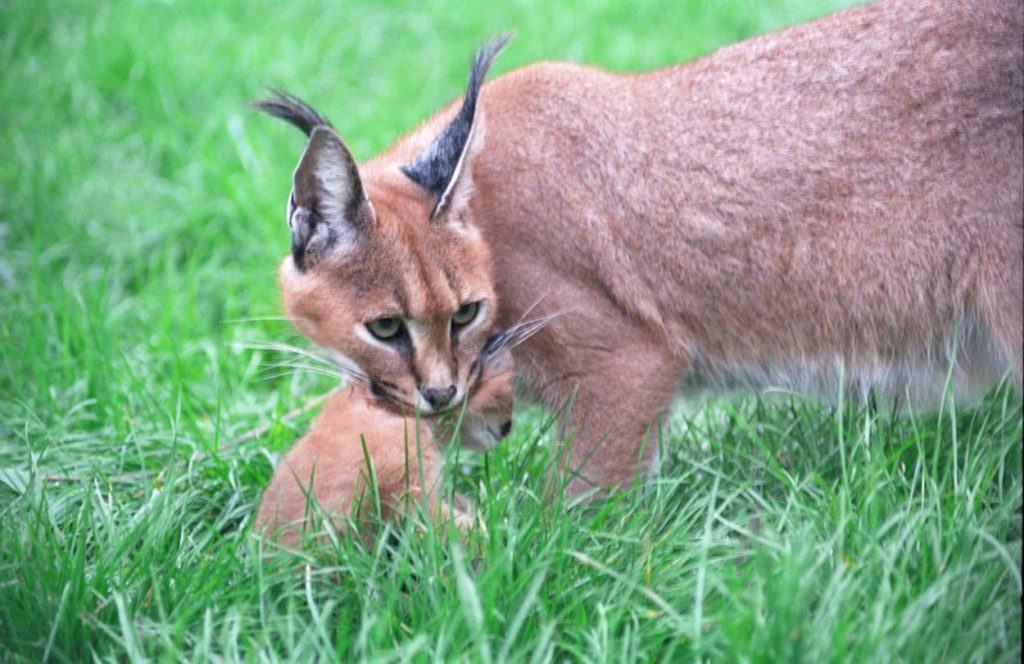 A caracal moves its young cub by carrying it in its mouth.

Cotton-top tamarins are highly social primates that have only one breeding pair per group. A fun fact about them is that they almost always give birth to twins and the entire social group cooperatively raises the young. However, males are more involved in rearing cotton-top infants and are often seen carrying the twins on their back as seen in the below picture. 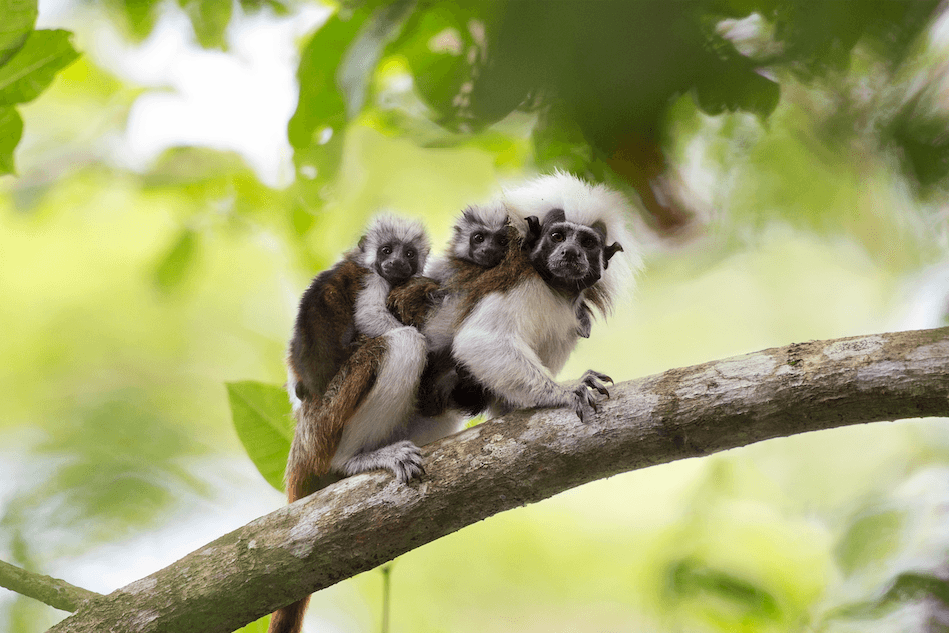 Impalas have unique birthing patterns. They leave their herd to find a shady, secluded spot before they give birth, which usually tends to be midday. In fact, almost all impala calves are born midday since this is when most of their natural predators are resting from the heat, making it the safest time to give birth. Mothers stay secluded with their newborn calf for a few days until the calf is able keep up with the rest of the herd. They mature quickly and are soon leaping over their mothers! 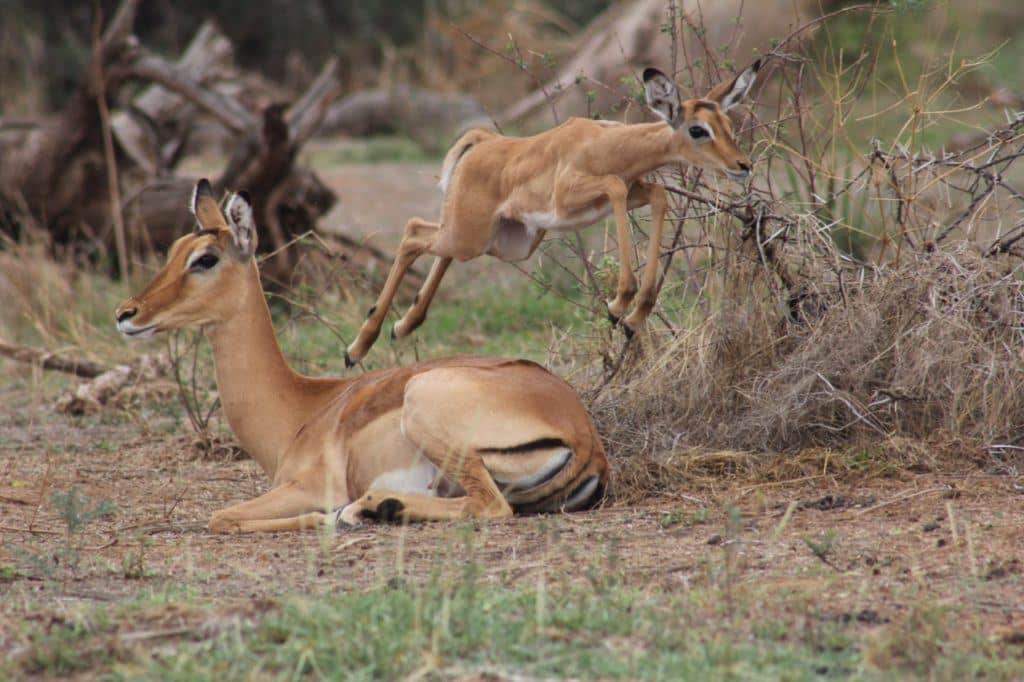 A baby impala shows off by leaping over its mother.

Last but certainly not least is the Ethiopian wolf pup. Ethiopian wolves are the world’s rarest canid with fewer than 500 remaining. Packs are typically formed by extended family members and to prevent inbreeding, only the dominant male and female will mate. Females only breed once a year and have a gestation period of about two months. The entire pack will help protect, feed, and care for the pups. 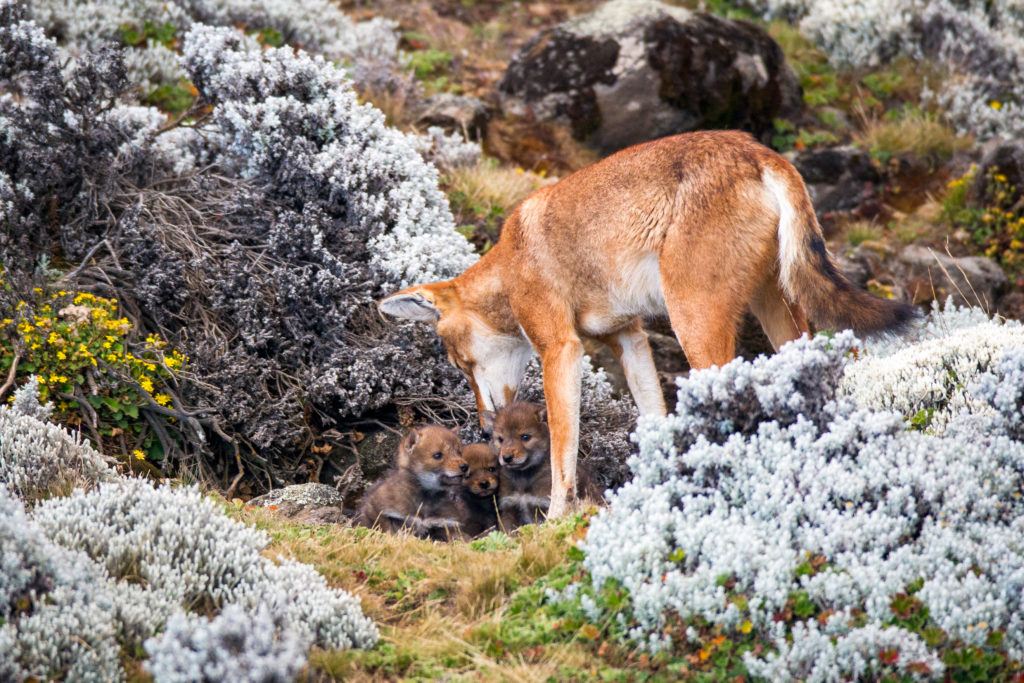 Tiny wolf pups shortly after emerging from the den for the first time.

Across all these species, it is clear that wildlife is resilient with their unique birthing patterns and communal ways of rearing young to increase chances of survival. Seeing these species raise their young gives us renewed hope for their future and we look forward to a 2019 filled with positive strides for both wildlife and the communities that co-exist with them.