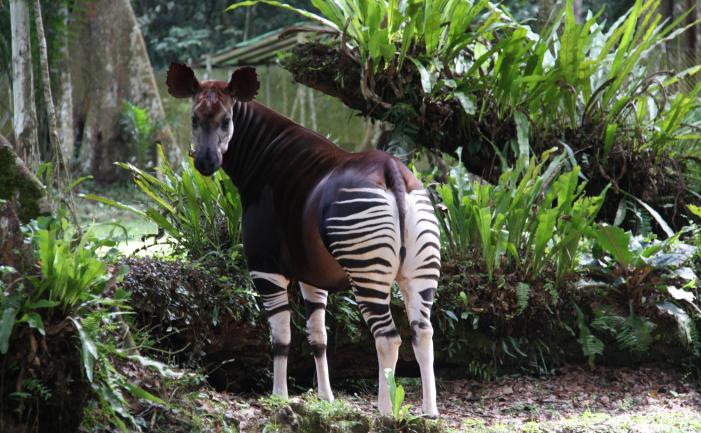 In the beating heart of Africa, water cascades into the towering, leafy canopies of the Okapi Wildlife Reserve, where a diversity of life hums like few places on Earth. Through the Muhimbi treetops, sunbeams cast their way to the forest floor, where quietly rummaging through the leaves is a graceful, horse-like creature with a velvety russet coat, peculiarly flanked by alabaster-colored bands. Seldom to be seen by human eyes, this is the “forest giraffe,” otherwise known as the okapi.

Nestled in the northeast region of the Democratic Republic of Congo (DRC), this ancient, tropical rainforest Reserve is a haven to the majority of okapi. The okapi share their habitat with a diversity of animals, including the largest population of forest elephants in the DRC. Unwittingly, forest elephants are a lure to poachers who are increasingly trespassing in the Reserve to hunt these elephants for their tusks. The influx of poachers is not only a serious threat to the elephants, it’s a danger to okapi as well. Any disturbance to the tranquility of the forest easily alarms the elusive okapi, so the presence of poachers endangers their very existence.

As the only place where okapi exist, the DRC has a great responsibility to the species and also to the bounty of life it bears. As the most biologically diverse country in Africa and home to 70% of tropical forests on the continent, preservation of DRC’s forests is vital. The Okapi Conservation Project (OCP) – a WCN Conservation Partner – played a crucial role in establishing the Okapi Wildlife Reserve in 1992 and continues to be central to its management. OCP was formed in 1987 with the mission to protect the okapi and its habitat. Working against volatile conditions – including political strife and civil instability – OCP continues to champion the preservation of the okapi, as well as its unique ecosystem and cohabitating wildlife, including forest elephants.

A forest elephant is caught on camera by one of Okapi Conservation Project’s camera traps.

Funding local wildlife enforcement is an essential part of OCP’s work, especially as okapis are increasingly collateral damage from an uptick of forest elephant poaching. These funds enable rangers to patrol and protect the forests and its species. In 2018 alone, rangers carried out over 600 patrols, covered nearly 15,000 miles on foot, and dismantled nearly 4,800 poaching snares. These triumphs protect not only the endangered okapi, but also other wildlife subject to human threats of poaching, deforestation, and illegal mining. Vulnerable populations of forest elephants are especially in need of this protection.

Across Central Africa, including the DRC and Gabon, forest elephant populations are in critical peril. Like all elephants, African forest elephants are subject to poaching for their tusks. But this particular species is under an escalated assault because their tusks are denser and, thereby, more valuable in the black market ivory trade. 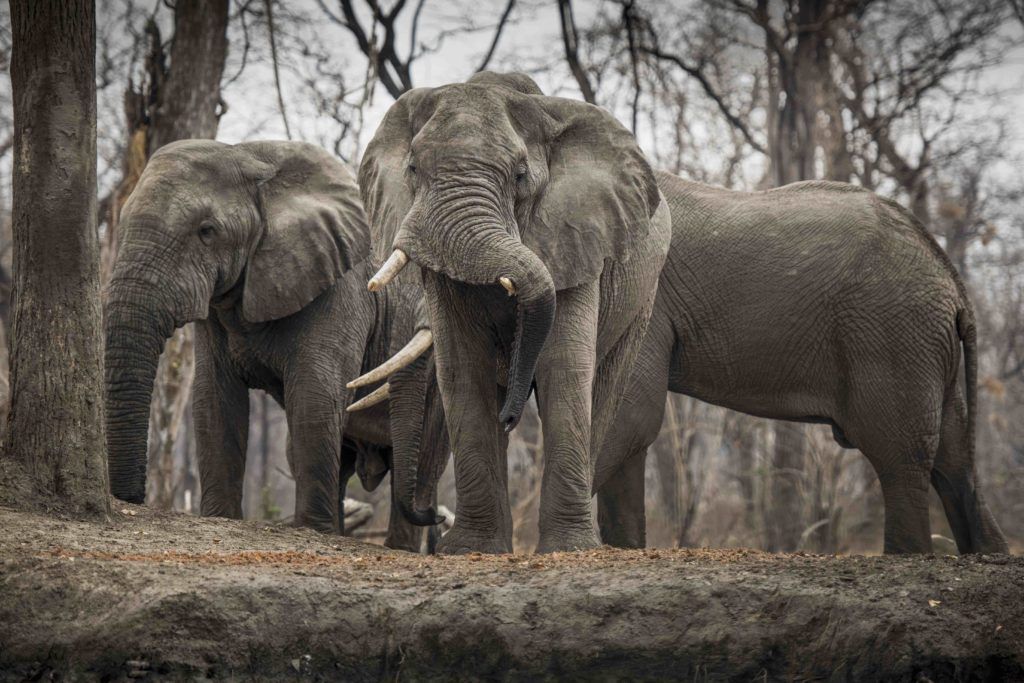 The Elephant Crisis Fund (ECF)—an initiative of Save the Elephants and WCN— is extending support to anti-poaching operations and law enforcement to protect forest elephants across the region. In the DRC, the ECF has funded Okapi Conservation Project, further enabling it to be instrumental in mitigating the loss of forest elephants. This is just one example of how WCN’s Conservation Partners and Crisis and Recovery Funds can intersect to benefit wildlife within an ecosystem. Impactful partnerships like this are reassuring. Still, further investment needs to be made to secure forest elephant refuges throughout the entirety of their range.

While the black market demand for forest elephant ivory is presenting a threat to the okapi, it may actually be the okapi that ultimately saves the DRC’s forest elephant as well as its life-breathing rainforests. As the only country where okapi are found, local communities hold pride to protect their unique species. And over the past thirty years, OCP has garnered local protection and conservation of the okapi, bestowing the species as ambassadors for forest habitats across the DRC and for the fellow wildlife that dwell in them.