It’s not easy to work on your PhD and run a conservation organization at the same time. However, for Aristide Takoukam, that’s just another day at the office. Well, by office, we really mean the ocean and lakes of Cameroon. Aristide is the President and Founder of the African Marine Mammal Conservation Organization (AMMCO), while at the same time completing his PhD studies with the University of Florida. In October 2018, Aristide spoke at WCN’s Wildlife Conservation Expo in San Francisco, so we caught up with him recently about AMMCO’s major challenges and achievements over the past year.

AMMCO’s mission is to protect aquatic megafauna and their habitats in Central Africa by improving scientific knowledge and including fishers in responsible decision-making. In the freshwater habitat of Lake Ossa, AMMCO focuses their conservation efforts on the vulnerable African manatee, a species that Aristide has become one of the foremost experts on. 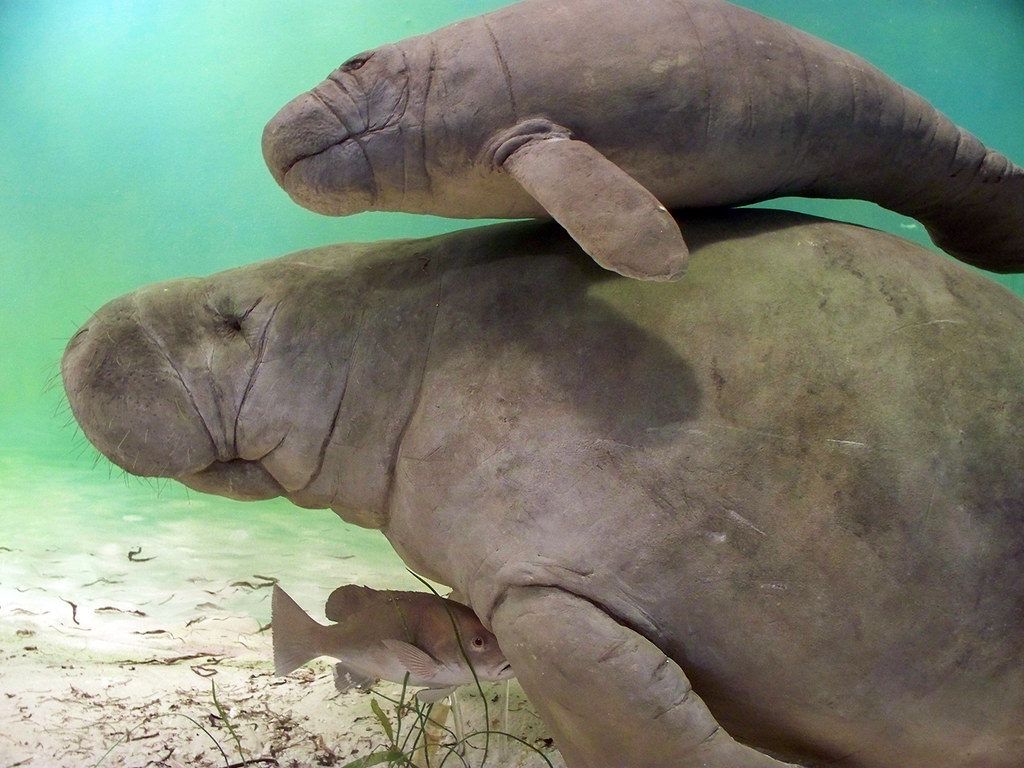 Artiside works with African manatees, one of the least known species of manatees.

The African manatee is the least known of all manatee species; getting photos of them is a major challenge as the manatee has adapted to avoid human contact. Historically, the greatest threats to the African manatee have been hunting, bycatch, and habitat degradation. Fortunately for the manatees of Lake Ossa, AMMCO has been working for over a decade on education and awareness efforts, reaching over 3,000+ students, to reduce the level of hunting to no longer be a major threat.

However, this past year, a new threat has reared its head: the proliferation of an invasive plant from Brazil, called salvinia. Salvinia appears to be an even more formidable threat to manatees because it considerably modifies their native habitat. Like an army of conquerors, when this plant colonizes a space, it outcompetes native plants, including those that have historically been food sources for the African manatee. In addition, manatees, nor other local wildlife, are adapted to consuming salvinia, so its spread around the Lake has been exacerbating.

AMMCO has been conducting water quality research in Lake Ossa for many years, so they have a strong baseline for what the water quality looked like before the invasion of this plant. Based on their research, Aristide and his team believe the spread of this plant correlates directly with the recent development of a major dam on the Sanaga River, which is adjacent and connected to Lake Ossa. The dam was built to expand Cameroon’s electricity production, but has impacted the flow of water in the local ecosystem, allowing invasive plants like salvinia to rapidly spread across the water body. 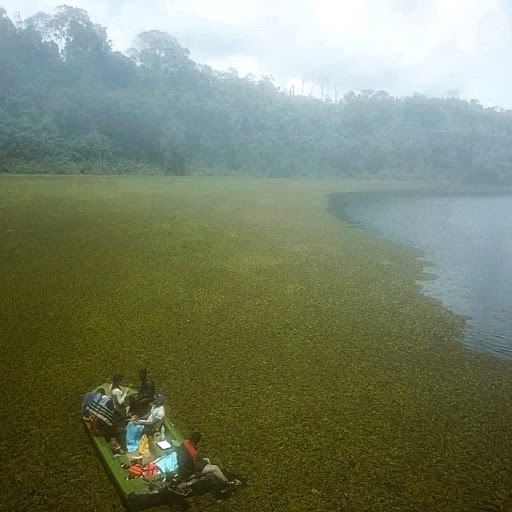 An outbreak of invasive plant (salvinia) in Lake Ossa.

This plant invasion is causing the migration of manatees out of the lake. AMMCO found that manatee populations have been halved in areas where the salvinia proliferates. Not only is this impacting manatees, but local fishermen have found that the fish stock in the Lake has plummeted, and communities that historically used Lake Ossa for bathing and recreation no longer find it safe to swim in.

In response, AMMCO has begun plans to implement adequate, efficient, and sustainable eradication measures. With proper funding, they will soon deploy an insect, known as the salvinia weevil, which feeds on this plant to stop the spread, and allow the African manatee to return to their native habitat.

Just a few miles west of Lake Ossa, sea turtles, cetaceans, sharks, and rays swim along the Cameroon coast, an area unique in its black sandy beaches. This region, at the foot of Mount Cameroon, one of Africa’s largest volcanoes, is one of the least studied marine ecosystems in the world. In response, AMMCO has trained a network of fishermen who voluntarily report sightings of marine mammals through their mobile application, SIREN. Since January of this year, AMMCO’s network has collected over 3,000 sightings of marine mammals along the coast. Aristide has found that citizen science in this format is a powerful way to gather data, but also to build a positive repertoire with local fishermen. AMMCO also works with these fishermen to transition to alternative livelihoods, such as bee farming, and developing local artisanal crafts, to ultimately protect the marine mammals and coastal habitat.

When Aristide first began studying, ecology was a nascent field in Cameroon. Although he originally was interested in a medical degree, as soon as he took a course in ecology, and traveled from Cameroon to Ghana to research manatees, he knew this was his life’s calling. For the first time in his academic career, he was at the top of his class, and his education opened up doors that he never imagined. Many people from Aristide’s local community told him he would never be able to travel to the United States, but because of his expertise on the African manatee, he has been able to travel all around the world. In his own words, “I did not choose conservation, it chose me.” 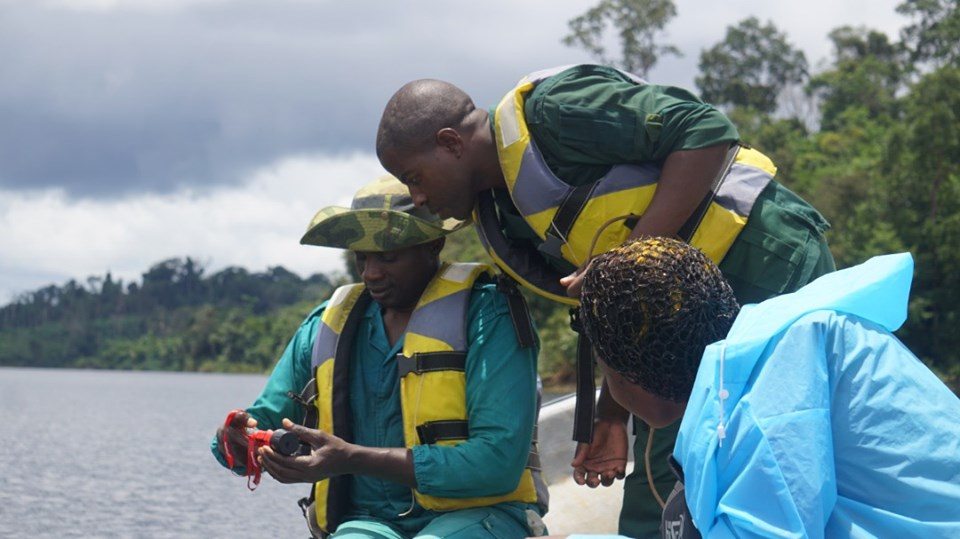 Aristide’s next dreams for AMMCO moving forward are to develop a manatee rehabilitation center in Lake Ossa, to stop the spread of the invasive salvinia, and clean up the Lake so that they can bring people from around the world to see the manatee for themselves. To show your support for AMMCO’s work, be sure to follow them on social media and donate today to save the African manatee!