Pilot Anthony Caere navigated the snug, two-seater airplane through a light mist that cloaked the forest below. Sitting shotgun were two infant primates: Rosie, a chimpanzee with protuberant, saucer-like ears and soft, chestnut-colored eyes, and a pint-sized baboon named Okapi. Abandoning her seat, Rosie settled into Anthony’s lap, her lanky arm wrapping around him as Anthony gave her a reassuring pat. The trio was en route to Lwiro Primate Rehabilitation Centre in the Democratic Republic of Congo. Rosie and Okapi share parallel histories—both orphaned by lawbreakers, rescued by rangers, and cared for by Okapi Conservation Project (OCP)—de facto sisters of circumstance. Lwiro would offer them parallel futures as well. 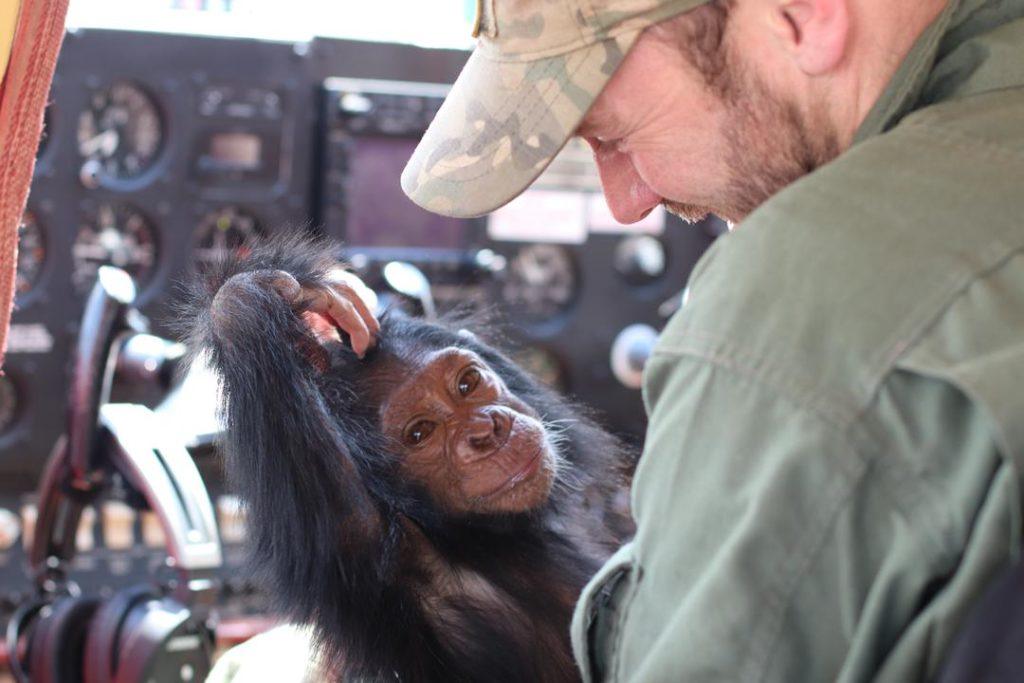 ICCN (Institut Congolais pour la Conservation de la Nature) Rangers who police the Okapi Wildlife Reserve had confiscated Rosie and Okapi days apart in the village of Badengaido and brought them to OCP for care. OCP supports wildlife protection in the Reserve, but is not typically in the business of rehabilitating primates, at least, not anymore. In the 1990s, OCP did offer rehabilitation services and though they retired that aspect of their work, they retained relevant experience and resources (including medical supplies and safe enclosures). Rosie and Okapi arrived at OCP malnourished, with Rosie suffering from abscesses on her hands and feet. OCP was able to treat them and provide round-the-clock affection until both animals were well enough to travel to Lwiro for long-term care.

While no one knows exactly how either primate ended up in Badengaido, OCP suspects both were orphaned under conditions related to illegal mining. Badengaido’s proximity to a gold mine had caused it to balloon with an influx of illegal miners. With limited food options, it’s common for miners to poach primates, and once the adults are killed, young primates are frequently sold as pets on the black market. 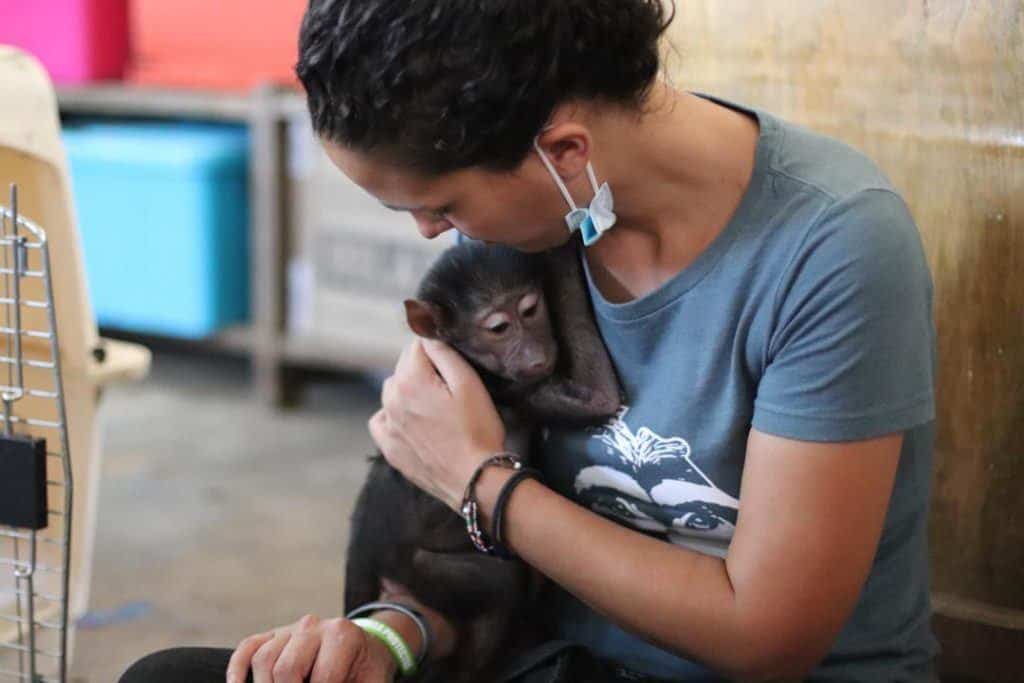 Illegal mining is a menace, one that OCP focuses on eliminating as part of their mission to protect the endangered okapi (or “forest giraffe”) and its habitat. Okapi are highly sensitive and can only withstand small-scale or temporary human presence. As deeply shy animals, okapi keep at a distance when people are around. Increased mining activity brings more people, causing okapi to move into insecure areas. Additionally, when mines grow large they decimate okapi habitat, which also pushes okapi into unsafe areas. OCP supports the ICCN Rangers’ efforts to evict miners from the Reserve by supplying the communications equipment and base salaries for the rangers and funding aerial surveys to locate illegal mines. By working with ICCN Rangers to reduce threats like illegal mining, OCP is able to protect okapi and maintain the integrity of the Reserve for all wildlife there.

Rehabilitating two orphaned primates is atypical for OCP, but it’s an example of how conservation for one species can safeguard others. Conservation has a domino effect that makes it possible for conservationists protecting okapi to give any animal help when they need it most.