To keep her from wandering into the neighbor’s garden, David Kakuru leashed his pig like a family Labrador while she sniffed the ground for herbs. The grass was tall enough to brush the pig’s belly as they walked along the hillside surrounded by dense, equatorial forest. Mr. Kakuru’s homestead borders Uganda’s Bwindi Impenetrable National Park, where just four years ago, he spent his days clandestinely setting bushmeat snares. No longer a poacher, Mr. Kakuru now helps to stop poaching, and the secret to his conversion is at the end of his leash rooting around for something to eat. 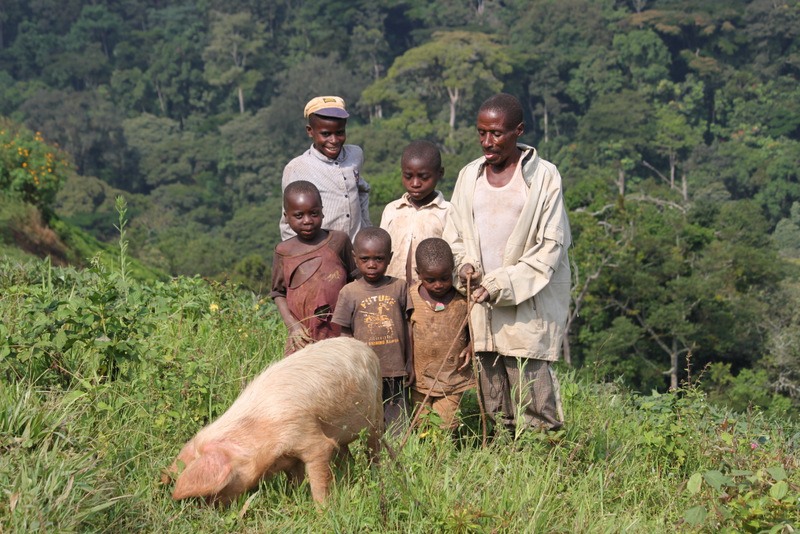 Mr. Kakuru’s entire family is involved in the pig banking program. This household project shows his children the importance of conservation.

Poaching snares are the leading threat to one of Africa’s least known wild cats. Most people are unfamiliar with the African golden cat—it was photographed in the wild for the first time in 2002—but such obscurity is typical for small cats. Globally, the 33 species of small cats receive little attention compared to their big cousins. To bring attention to these species, Small Wild Cat Conservation Foundation supports local conservationists, including Badru Mugerwa, perhaps the world’s only expert involved in direct conservation of the African golden cat. Badru founded Embaka, a Ugandan organization using community-based efforts to reduce the need for poaching; while usually intended for other wildlife, poaching snares are unintentionally killing African golden cats. When Badru started identifying the threats to these cats, he found there were 50% fewer African golden cats in the areas where poaching occurred. To protect this cat, Badru needed to confront what was driving the poaching: the need for food and income. 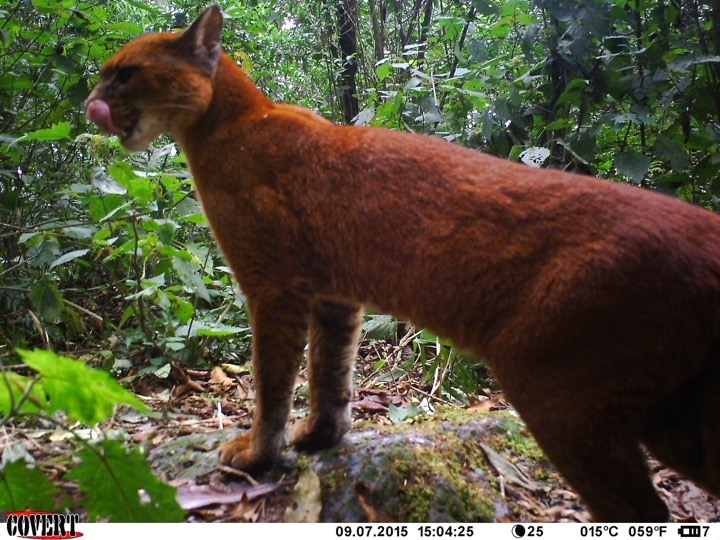 An African golden cat caught on a camera trap.

This is what sparked the plan for pig banking. Pigs are both a food source and an income generator. They are worth up to $25 locally, which is decent money in Uganda, and they’re prolific breeders, offering 6-15 piglets in each litter. Embaka’s pig bank program provides a poacher with a female pig if he agrees to stop poaching. Once that pig gives birth, the now ex-poacher can keep all the piglets except one, which he must donate to his closest neighbor, who then goes through the same process. This chain continues throughout the entire community. Because everyone is invested in the success of the pig bank, it creates community watchdogs, increasing social pressure not to poach. 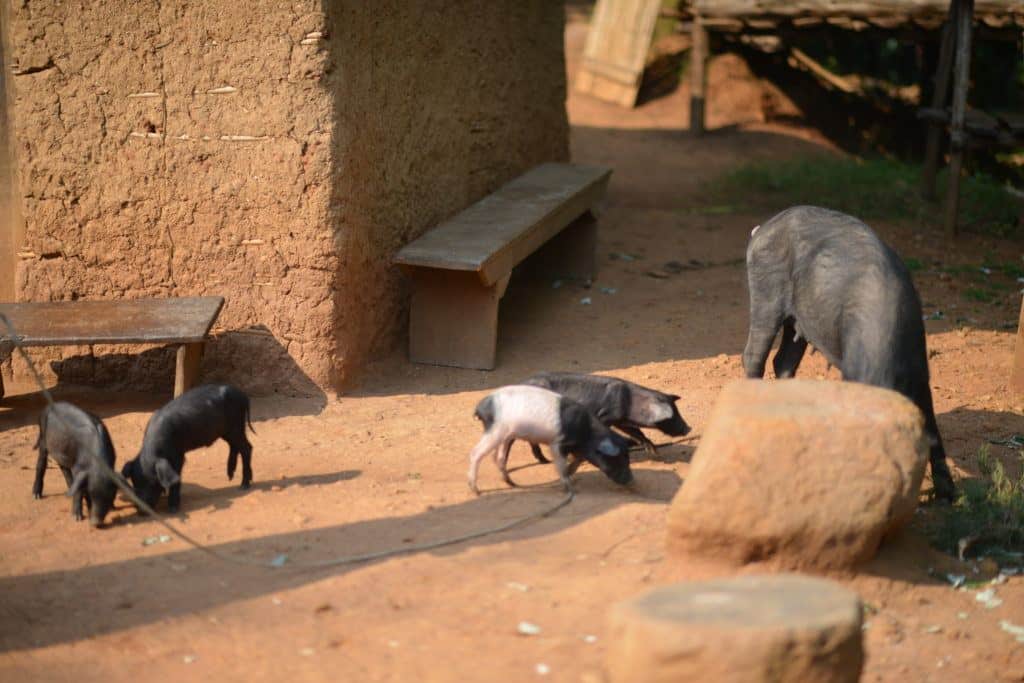 As a steady source of food and income, pig banking offers a good incentive to stop poaching.

Mr. Kakuru was a poacher for 30 years. He understood its negative impact, but needed a livelihood. He was chosen to participate in Embaka’s pig bank program, and this summer he became the first in his village to own a pig. Since joining the program, Mr. Kakuru has taken on an ambassador role, helping several of his neighbors quit poaching and join community anti-poaching watch groups. Embaka has now mobilized 11 of these watch groups, involving 534 reformed poachers around Bwindi. 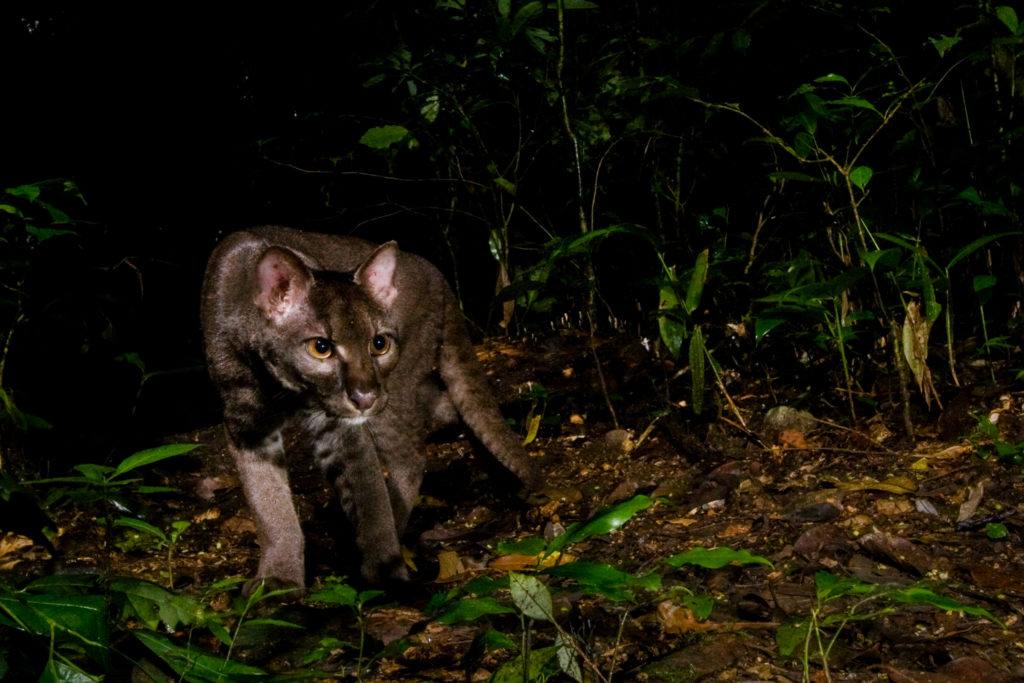 The African golden cat is so elusive that it’s possible very few people participating in the pig bank will ever see one alive in the wild. But their transition from setting snares to raising pigs will help this special, little-known cat to survive while empowering their own communities to thrive.