Lomami National Park in the Democratic Republic of Congo is home to a population of just over 700 forest elephants.

In 1970, the Democratic Republic of Congo was home to nearly 300,000 forest elephants. Today there are perhaps fewer than 10,000—the rest killed by heavily armed militia groups or gangs of poachers for their ivory.

The Elephant Crisis Fund has been supporting anti-poaching work in Lomami since 2014. In 2019 it started funding a new unique type of conservation work—the reform of two notorious forest elephants poachers called ‘Ranger’ Lavino and Kitona Kilo. 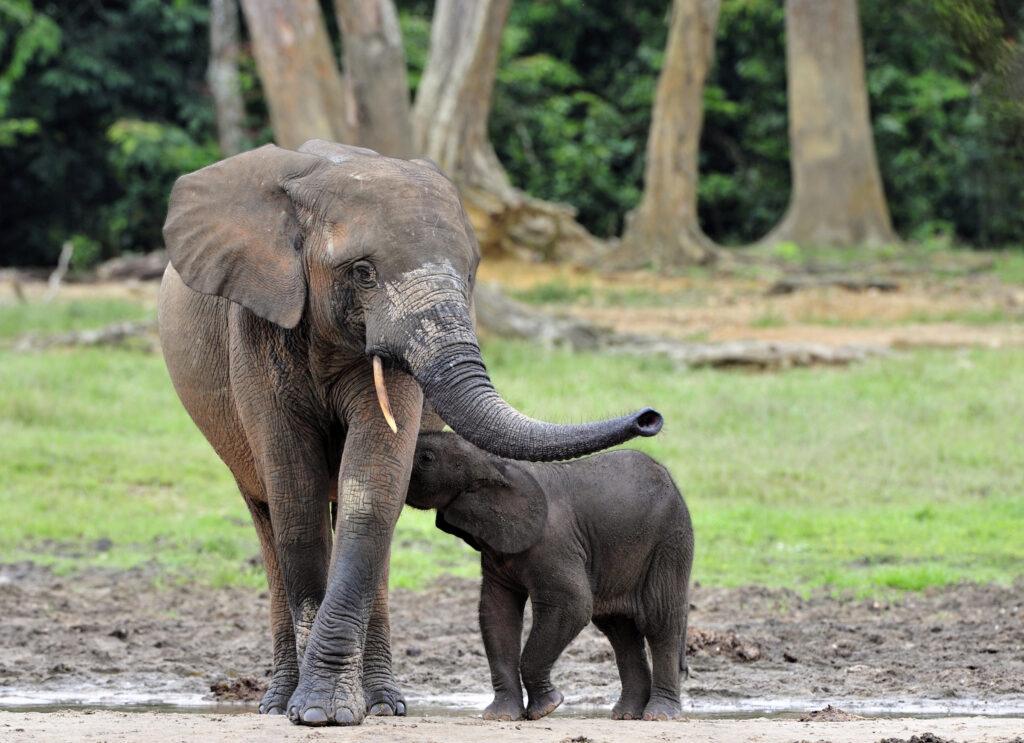 Forest elephants in the DRC have suffered heavy losses from poachers and militia groups.

The reform programme was so successful, it has resulted in a wave of poachers wanting to leave the forest and hand over the weapons…a hopeful first step towards the recovery of the Lomami forest elephant population.

The surrender of ‘Ranger’ and Kitona in early 2020 was hailed as a significant achievement in the fight to protect Lomami’s vulnerable population of forest elephants. The two leaders, their multiple wives and children, and poaching gangs of more than 40 men, handed in their weapons after reaching an agreement with Elephant Crisis Fund (ECF) partner, Frankfurt Zoological Society (FZS), which partners with ICCN (Institute Congolaise Pour le Conservation de la Nature) to manage Lomami National Park. The now ex-poachers agreed to undergo a process of reform and integration into the park guard force or the army. 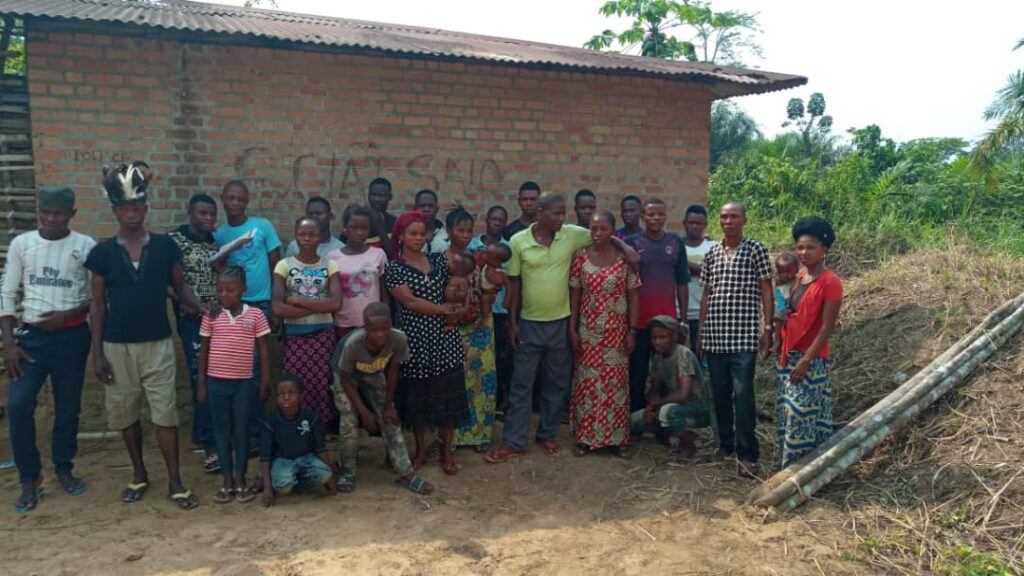 Kitona’s band at the assembly point.

Since their surrender, another poacher, called Kongolo, and six members of his eight-strong gang—encouraged by the success of the ECF-funded reform programme, have also come forward and requested amnesty in exchange for rehabilitation. Costs to rehabilitate the ex-poachers are among the ECF’s latest grants.

For many years, Ranger and Kitona were at the top of Lomami’s most wanted list. Ruthless gang leaders, they operated alongside other poaching gangs in the northern Lomami National Park and its northern buffer zone, killing forest elephants for their ivory. The security situation had deteriorated in the Lomami buffer zone, with terrible implications not only for elephants but also communities living there.

Ranger in particular was described as a ‘cold and calculating’ hunter who spent 12 years living in the forest, poaching elephants and other large animals. He was arrested by the Congolese army (FARDC) in 2008 and remained incarcerated for two years—only to return to his poaching rampage afterwards.

Ranger’s band dances and sings towards Saio, where they will surrender.

But eking out an existence in the forest is tough for men on the run. Ranger, for example, complained about having to work at the behest of others, such as those trafficking the ivory for sale, while not being able to properly support his family. Anti-poaching patrols and military tracked him relentlessly and he grew concerned for the safety of his two teenage children who were living with him in the forest. Both he and Kitona also feared the notorious Mai Mai rebels who operate in the buffer zone. The Mai Mai have a reputation in the area for murdering, looting, and raping and had unsuccessfully tried to recruit the poachers.

In 2019, Ranger and Kitona made it clear to FZS that they and their gangs were willing to turn in their guns and leave the forest as long as they could be guaranteed safe passage. Removing the gangs from the forest would not only eliminate them as a poaching threat, but also provide FZS with intimate knowledge of poaching routes, methods, and additional poachers operating there. There were also concerns the poachers’ weapons could fall into the hands of the Mai Mai who today remain a great threat to elephants in Lomami, so disarming the poachers was a top priority. 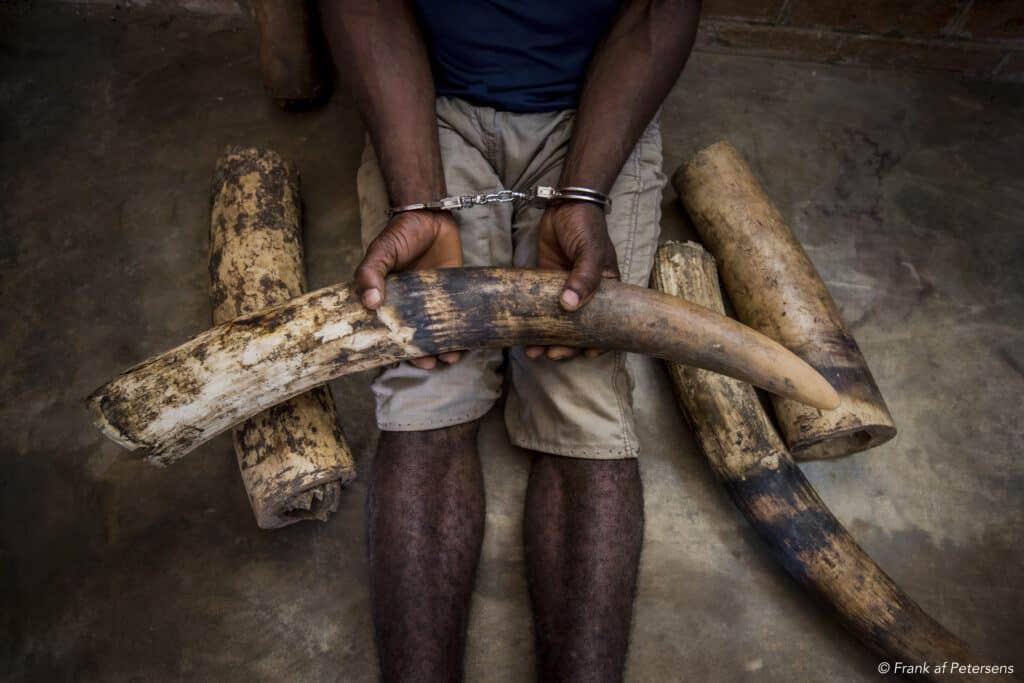 With the help of two ECF grants and support from other conservation partners, the long and complicated process of convincing Kitona, Ranger, and their gangs to leave the forest began. FZS worked with military authorities and partner groups to gain a top-level military amnesty for the elephant poachers and agree to a process for the men to enter the reform programme. The commitment of local administrators and military helped strengthen the process.

Kitona and his gang were the first to surrender. In February and March 2020, he and his poaching group including 17 men, four wives, and twelve children, came out of the forest. They handed over two AK-47 rifles, ten 12-gauge shotguns, 80 poisoned arrows, three spears, and a knife. Of the 17 men, one chose to be reformed into the military. The others, including Kitona, asked to be integrated into the ICCN guard force. 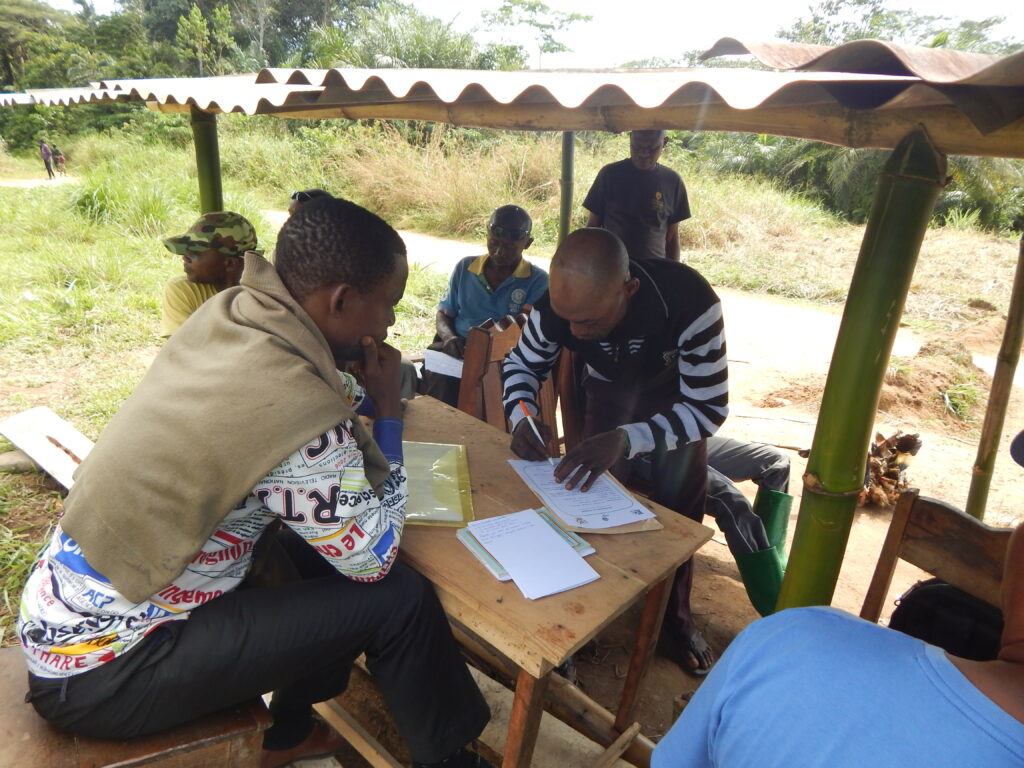 Ranger took longer to leave. Despite intermediaries from FZS assuring the poachers it wasn’t a trap, Ranger remained suspicious. Described as ‘the most polarizing of the poachers’ the gang leader chose to wait and see what would happen to Kitona first. A few months later, reassured by Kitiona’s safe exit, Ranger surrendered with another leader and a combined group of 35 men. Like Kitona, he and his men were moved straight to a surrender camp to begin the process of being reintegrated into society.

Terese Hart from Frankfurt Zoological Society says: “With the removal of poachers from the forests around the Lomami elephant population, the major risk to the elephants has greatly diminished. Nevertheless, the park is not yet secure and elephant ivory remains one of the few ways by which local criminals can wrest a living from the forest. Our hope is that we will be able to engage some of the young and most apt of these ex-poachers to actively help us to protect the elephants and park.” 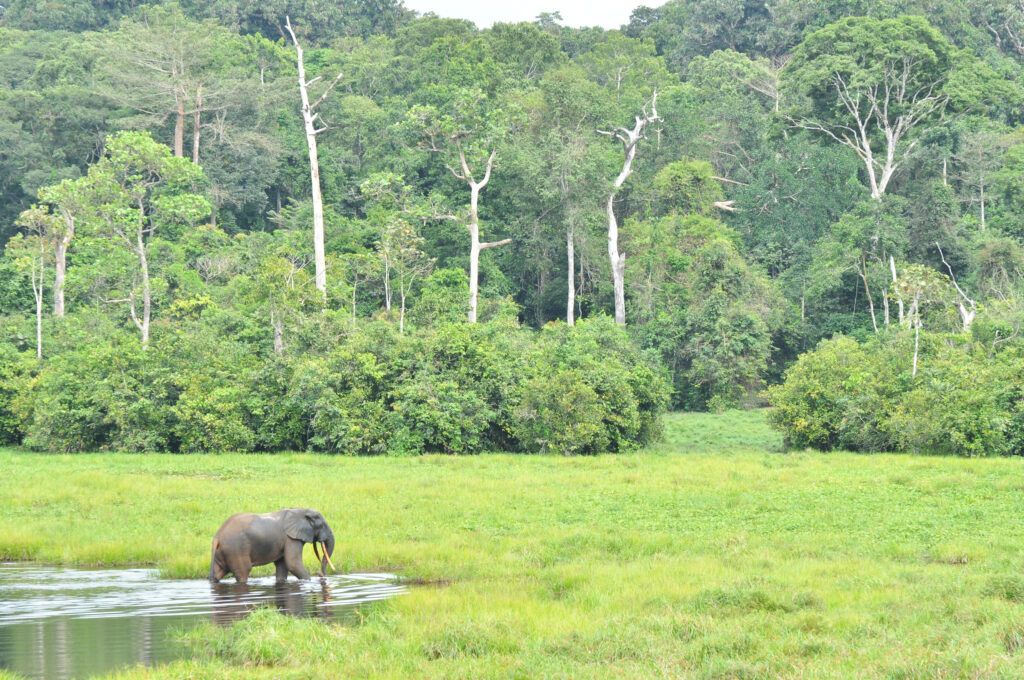 Removing poachers reduces the threat to elephants, but more protections are still needed.

Chris Thouless, Director of the Elephant Crisis Fund, says “The conventional approach to dealing with elephant poachers is to arrest them and hope that the courts will lock them away for a long time. This does not address the issues of why people take up poaching in the first place, what happens to their families while they are in prison, and whether they will return to crime on their release. This initiative by Frankfurt Zoological Society in Lomami National Park is highly innovative and shows that more compassionate and nuanced approaches to dealing with the scourge of elephant poaching are possible.”

The Elephant Crisis Fund (ECF) is a joint initiative of Save the Elephants and the Wildlife Conservation Network. The ECF funds the best ideas and most urgent actions by highly vetted conservation organizations working to safeguard the future of elephants. 100% of every donation goes straight to the field, with zero overhead. To date, the ECF has supported 339 projects from 95 organizations across 42 countries. The Elephant Crisis Fund has inspired donations to date of $30 million in eight years. For more information, visit elephantcrisisfund.org.

For more information about the Lomami story, watch this film about Kitona’s arrest:

This August 12 for World Elephant Day, we’re launching a campaign to save this important species and the habitats they call home. Join us on social media in our efforts to create a safer world for forest elephants. Learn more more at elephantcrisisfund.org/worldelephantday.