Under a wide blue sky, 60-ton tanks leave deep gashes across the sprawling green fields of the Askania-Nova Biosphere Reserve. Located in Ukraine’s Kherson region, this reserve is a vibrant ecosystem teeming with life. It’s been nicknamed the “Ukrainian Serengeti” for its abundance of wildlife, including Critically Endangered saiga antelope. Saiga are ancient creatures and Askania-Nova is the oldest steppe reserve in the world, but recent events in the Russo-Ukrainian War have brought great peril to this sanctuary, compelling the Saiga Conservation Alliance (SCA) to come to the aid of the saiga and their neighbors.

A herd of saiga in Askania-Nova.

Askania-Nova has been a protected UNESCO territory since 1985, with its core and adjacent areas spanning over 81,000 acres. Along with saiga, over 3,000 animal species live in the Reserve, including Przhevalsky’s horses, Turkmen kulans, and European fallow deer. Askania-Nova’s staff supervise its large saiga population. Their work has been instrumental in bolstering saiga numbers, from 72 individuals in the 1970s to about 700 individuals today. These saiga are semi-wild, meaning they roam freely and do not often interact with people, but reserve staff do provide them with sustenance when necessary. For example, this territory has no open sources of water, so Reserve staff drilled artesian wells to accommodate the 1,200 ungulates in Askania-Nova. 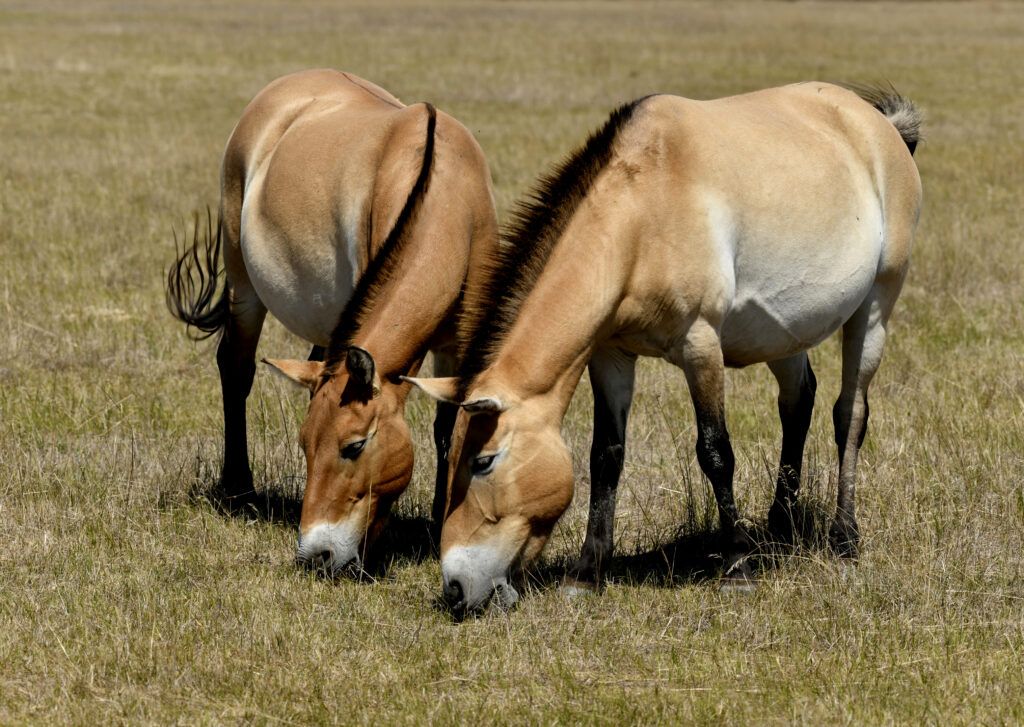 Przhevalsky’s horses are another Endangered ungulate within the Reserve.

In February, the Russian invasion of Ukraine brought instability to Kherson. Being located strategically close to the Black Sea, Russians occupied the region, making it dangerous for Ukrainians and wildlife. In July, Russian forces seized some territory bordering the Reserve, and while staff refused to cooperate with the invaders, the passage of tanks and armored vehicles through the Reserve tore up the landscape. Reserve staff and wildlife are also forced to endure the thunderous threat of combat aircraft and missiles flying low overhead. This invasion disrupts both the Reserve’s work and wildlife’s quality of life. The Reserve has lost roughly $2.1 million in national funding during this occupation since money is needed for the war, crippling their ability to maintain the animals’ well-being. Funds for equipment upkeep, animal feed, and electricity have dwindled, and there is a risk that water flow from the wells may also be impeded. 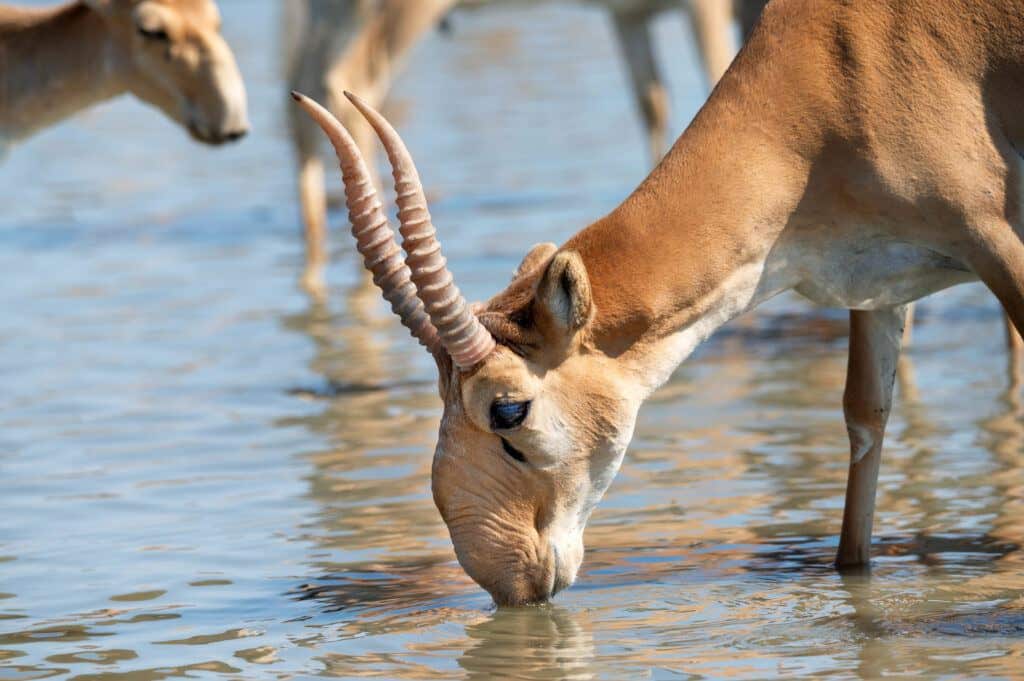 Saiga within the Reserve need the artesian wells for their water supply.

SCA, who are in close contact with Reserve staff, have launched fundraising efforts to keep rangers and other personnel employed during the conflict. Donations have helped the Reserve survive for the past few months, allowing employees to continue supplying the saiga with feed and do their best to keep them safe. SCA support also contributed to the purchase of an autonomous power generator, which, in the event of electricity failure, will keep the artesian wells pumping water for the animals. This is particularly vital since there has been no rain in Askania-Nova since last autumn and their reservoirs are dry. 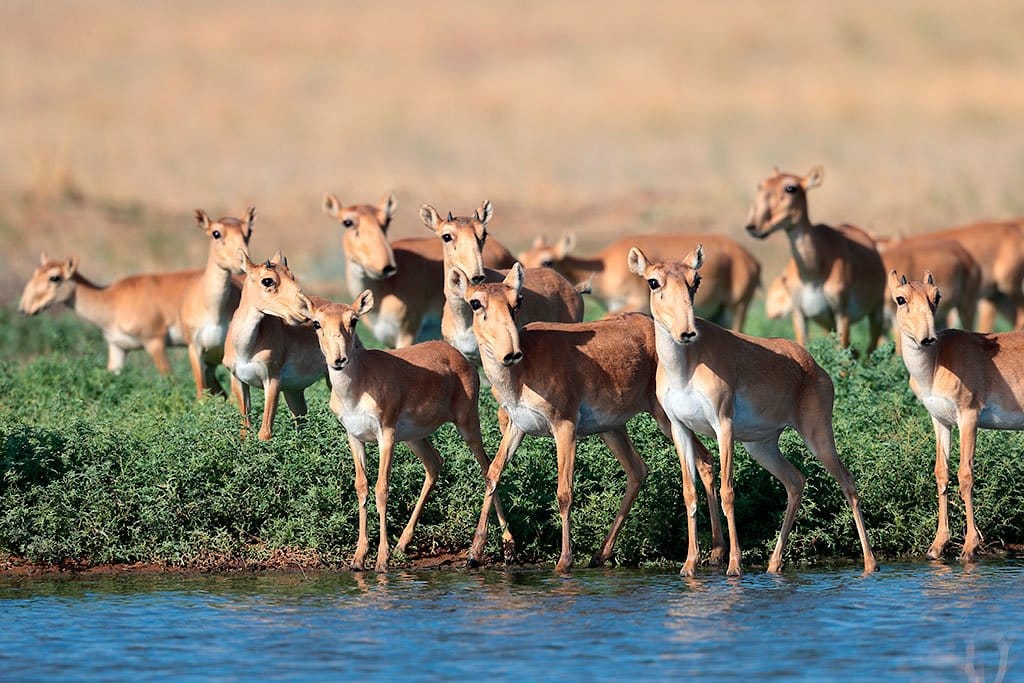 The Russian invasion of Ukraine is putting saiga and other wildlife at risk.

SCA will continue to support the Reserve and raise awareness about protecting the saiga and other animals from starvation, dehydration, and other hazards of war. While conditions remain fragile, they are hopeful that people and wildlife will weather this difficult time and see an end to the conflict soon.