It was morning in Delanta when a few local herders arrived at Esubalew’s door. Located in the Ethiopian highlands, Delanta boasts a landscape of rolling, bright green hills mingled with rocky mountaintops. For years, these mountains held a small population of Ethiopian wolves, but disturbing news that the wolves were gone had reached the herders. While elsewhere herders might celebrate the loss of a predator, here jackals are the sheep-killing villains and wolves are a source of pride. Because Esubalew is an Ethiopian Wolf Conservation Program (EWCP) “Wolf Ambassador”—a community member who monitors wolves and represents EWCP in remote villages—the group came to him for answers. Esubalew confirmed that in 2016, rabies and canine distemper outbreaks killed a lot of wolves. But there was more to the story. There were signs the wolves were recovering.

Since the outbreaks, conservationists suspected wolves in Delanta might be extinct, but EWCP never stopped monitoring and protecting this habitat. Then, in 2019, through patience and perseverance, Esubalew discovered two wolves in the area. When EWCP experts were alerted and came to Delanta, they found not only this couple, but an entire den sheltering five playful puppies. While EWCP is exploring the origins of this new family, one thing is clear: rebounding grassland is making Delanta attractive to wolves again. 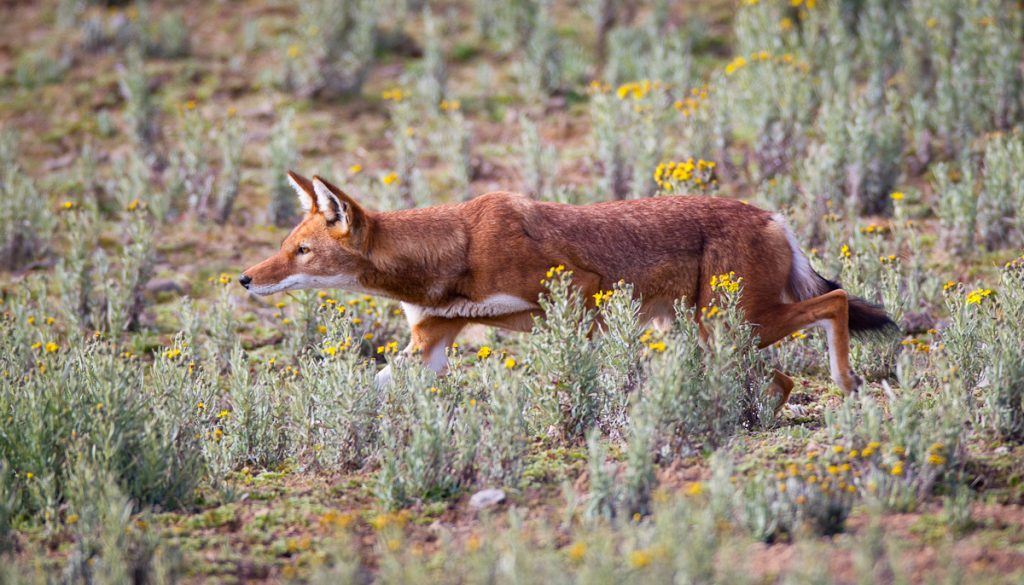 Ethiopian wolves are returning to Delanta.

In parts of the Ethiopian highlands, a special grass called “guassa” covers the hillsides in thick, shaggy bushels. Guassa is favored by rodents, Ethiopian wolves’ main prey, so it makes for excellent wolf habitat. It’s also valuable to people who use it for thatching, rope-making, and weaving. Since guassa fetches a good price in local markets, families can supplement their income by growing and selling it. These benefits to people and wildlife are at the root of EWCP’s “Guassa Gardens” initiative, which provided seedlings and training to 70 families cultivating guassa in Delanta. These families planted their seedlings about three years ago; this year was their first guassa harvest.

In Delanta, the Guassa Gardens initiative is restoring habitat that had been rapidly shrinking from agricultural encroachment. The process is based on traditional methods of managing grasslands, and has already been successful in other areas. Communities in South Wollo, near Delanta, have implemented a traditional management system wherein they let the grasses grow, keep grazing livestock away from the highlands, and communally regulate the harvest. When EWCP’s staff surveyed South Wollo in 2019, they were dumbfounded. The slopes were almost entirely free of livestock and guassa was flourishing. Better still, they started seeing healthy wolves in areas where the habitat had previously been degraded. 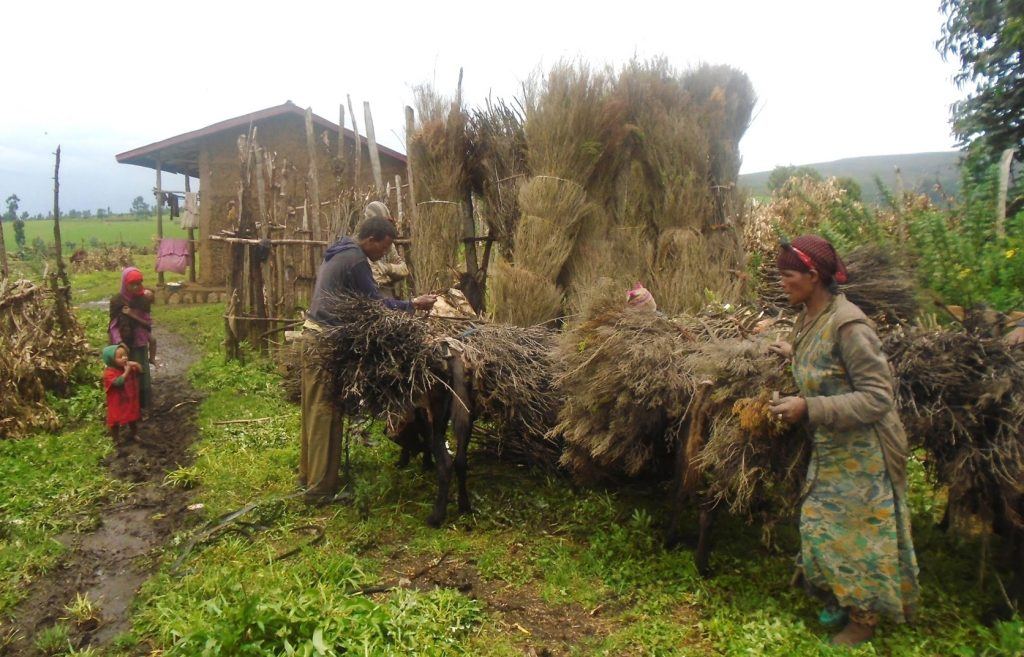 Local families cultivate and harvest guassa to sell in markets.

South Wollo’s progress is a great indication that grassland restoration can work in Delanta. Many families in Delanta are already eager to plant guassa and the local government has actually suggested switching from agriculture to guassa in some areas. In Delanta and throughout the highlands, EWCP sees guassa as the key to a better future for Ethiopian wolves.