Firuz was caught somewhere between surprise and horror. It was early, he had just begun his morning routine, starting with checking on his cattle. When he opened the door to his livestock enclosure Firuz was stunned. More than half of his animals, six rams and one goat, were dead—torn apart by a husky snow leopard still lurking inside. He shut the door and scrambled to the roof to close the upper window too. He then considered his options: kill the snow leopard or set it free?

He set it free. 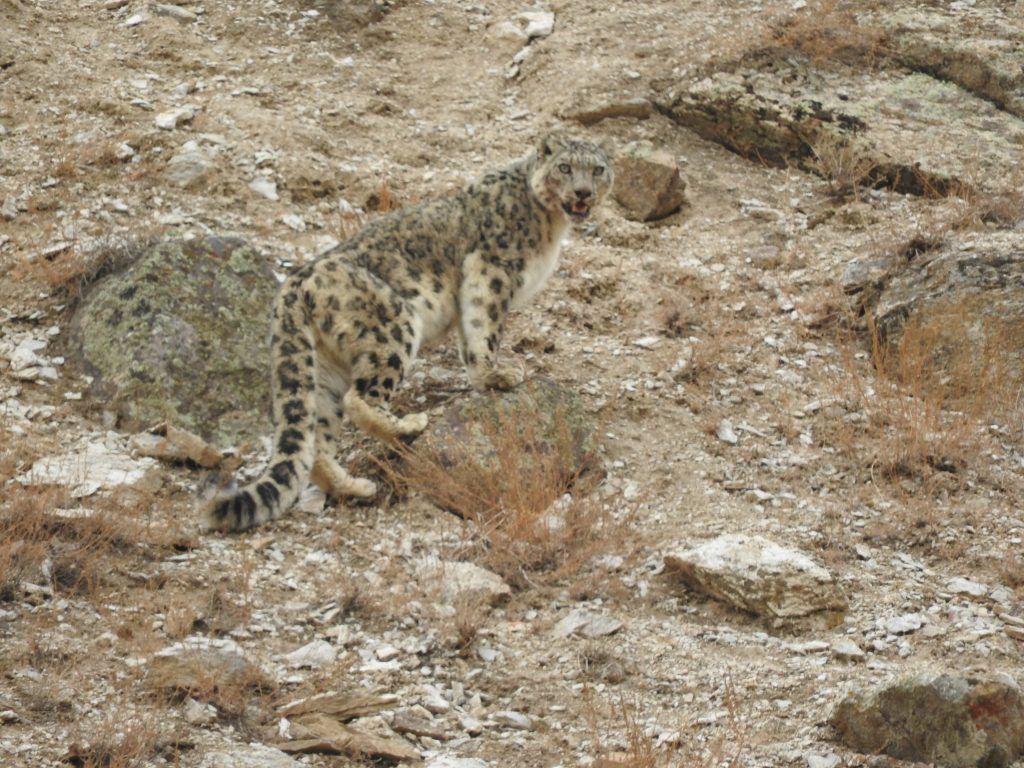 For years, stories like this ended with a dead snow leopard. Many herders in the mountains stretching through the snow leopard’s Central Asian range have lost livestock to a hungry cat. Livestock are an enticing meal for snow leopards crafty enough to infiltrate a corral. For herders like Firuz, losing livestock is like going bankrupt. One snow leopard could demolish a herder’s entire livelihood, and that herder might retaliate.

The Snow Leopard Conservancy (SLC) has been at the forefront of reducing retaliatory killings, a major threat to snow leopards, by helping communities address their needs without harming snow leopards—like constructing predator-proof corrals. Recognition that communities are the key to snow leopards’ survival is also at the heart of a network, called Land of Snow Leopard (LOSL), that SLC helped found. This network focuses on reviving indigenous people’s cultural connections to snow leopards and giving them a stronger voice in conservation decisions. 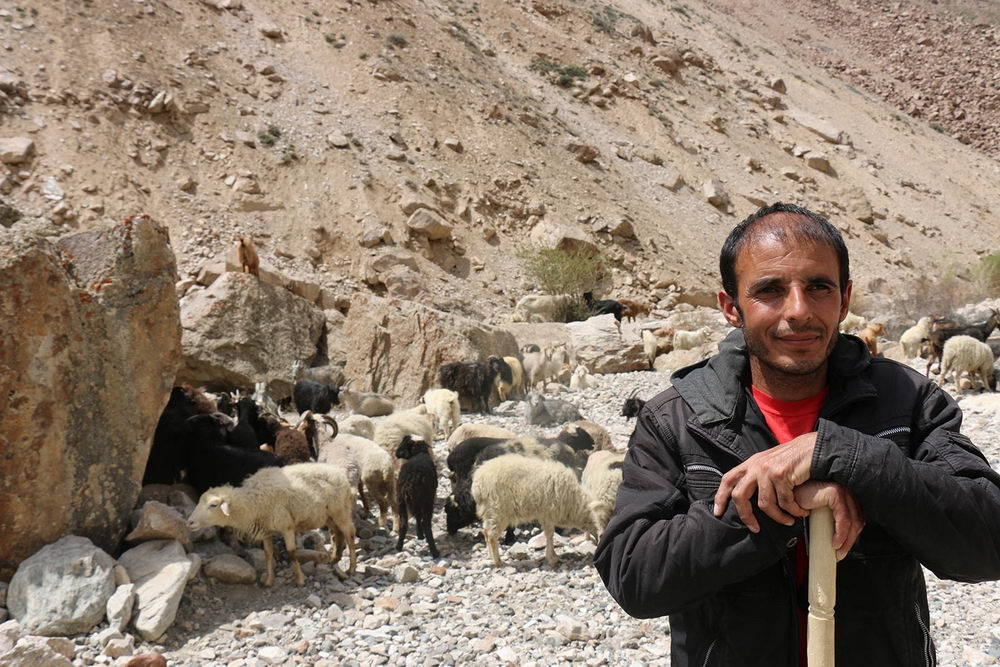 Firuz with his livestock herd.

Many indigenous communities in Central Asia have a reverence for snow leopards. Some believe snow leopards are spirit protectors of sacred sites, like a mountain or river. One epic legend passed down through generations features a warrior who can turn into a snow leopard while another presents the snow leopard as the hero’s spirit guardian. However, several snow leopard range countries were once part of the former Soviet Union and in Soviet days indigenous communities were forced to repress their cultural traditions. Today, snow leopards continue to be symbols of purity and good fortune, finding one on your farm is actually a blessing (albeit paradoxically troublesome). This spiritual connection was a contributory factor in Firuz’s decision to release rather than retaliate.

Most herding villages in Central Asia’s mountains are poor. Tajikistan, where Firuz lives, is one of the poorest countries in the world—for any herder there to forgive a snow leopard and not seek revenge is a powerful testament to the strength and dignity of these people. As SLC and Land of Snow Leopard work with indigenous people to help fortify their cultural traditions, these communities are becoming increasingly passionate about protecting snow leopards. Now, when faced with an errant snow leopard in their village, more herders are choosing to release it into the mountains rather than retaliate. Each time they do they are showing other communities that snow leopards and people can coexist.

The safe release of the snow leopard that killed Firuz’s animals was only possible thanks to critical oversight by Panthera. Several Pamir Community Conservancies were created under Panthera’s guidance, and these Conservancies remain active in Tajikistan. WCN and Snow Leopard Conservancy are deeply grateful for Panthera’s ongoing work to protect snow leopards.