Recently, the Saiga Conservation Alliance (SCA) took an expedition out to Resurrection Island, where the Critically Endangered saiga antelope has a chance to flourish. Resurrection Island is not really an island anymore—it’s now a land mass located in the former Aral Sea, which lies on the border between Kazakhstan and Uzbekistan. The Aral Sea dried up due to gigantic irrigation programs during the Soviet era. 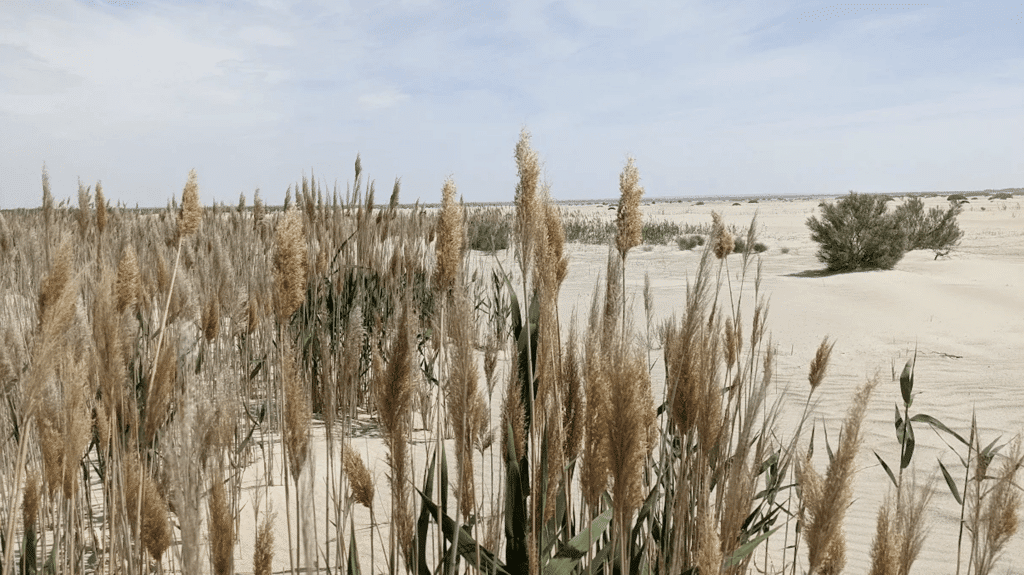 The drying of the Aral Sea greatly altered this landscape.

While the Aral Sea represents one of the greatest man-made environmental disasters in history, Resurrection Island remains a spark of hope thanks to the rich, abundant wildlife that have made a home in this abandoned desert. However, this ecosystem is not yet fully protected, and regional development and mining projects have recently disrupted some of the animal life found here. SCA has noticed some wildlife populations here declining in recent years. 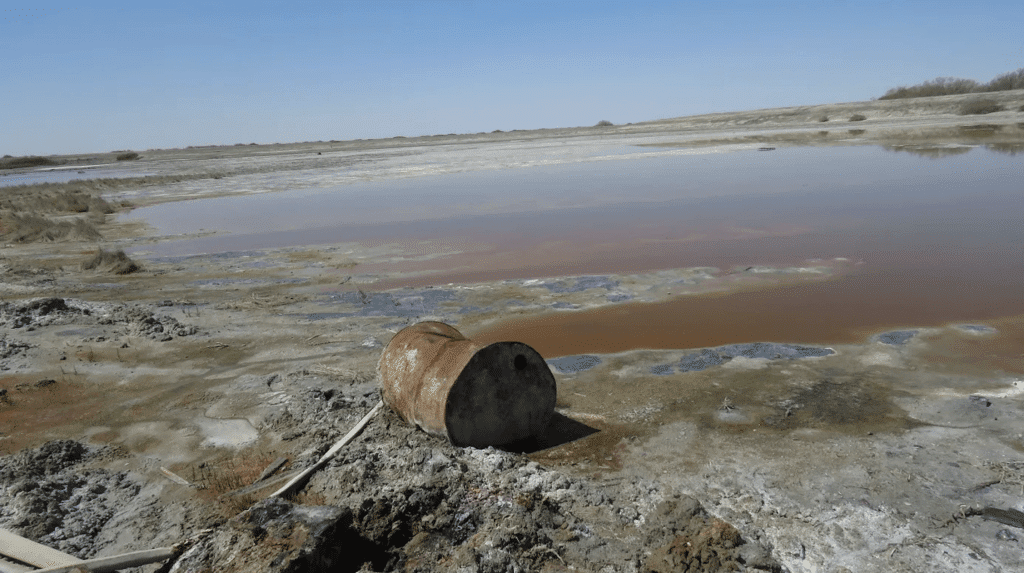 Past and present industrial development has left parts of this habitat in a sorry state, negatively impacting wildlife.

Saiga antelope are one notable species found on Resurrection Island, and SCA aims to gain Protected Area status for this habitat, support the livelihoods of nearby communities so that they become invested in protecting it as well, and ensure that commercial and industrial projects in the region maintain global conservation policy standards so that local wildlife is not harmed. 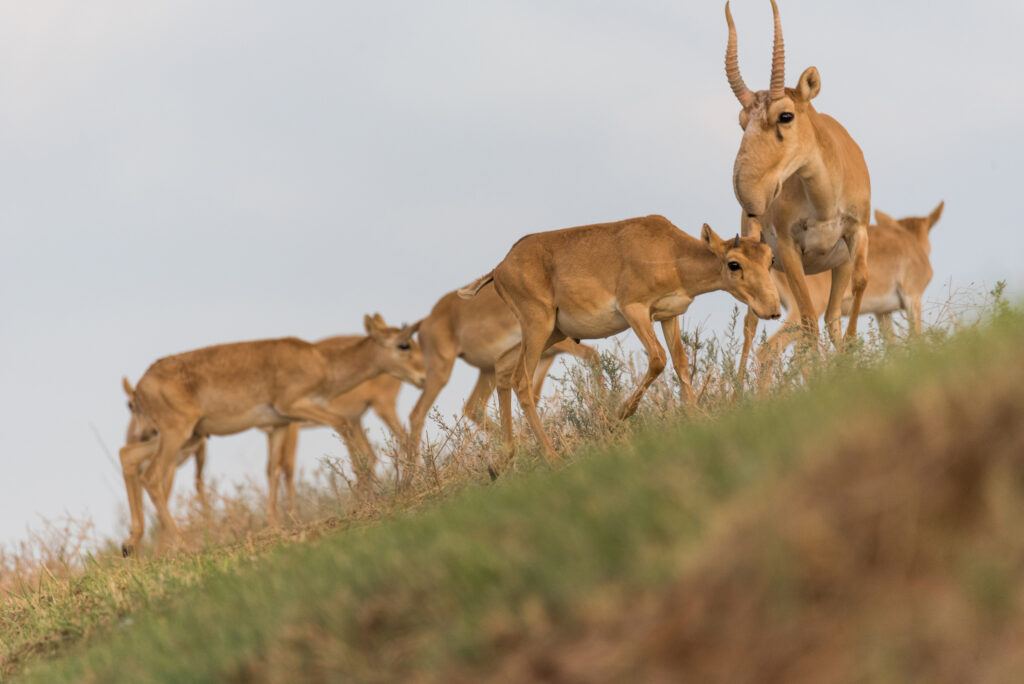 A herd of saiga antelope.

SCA’s recent expedition to Resurrection island is documented in great detail on their blog, which you can read here.