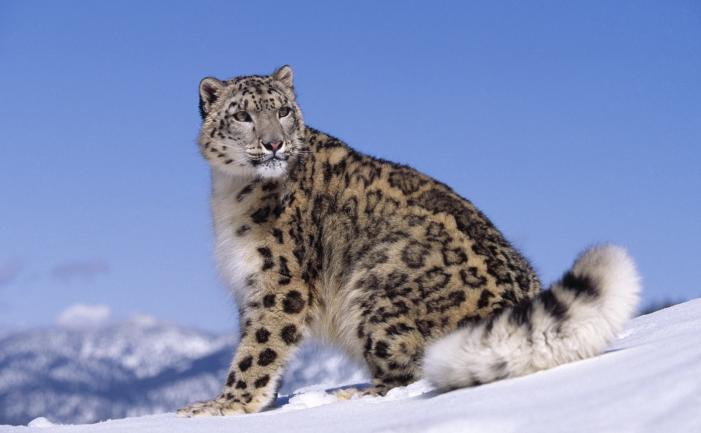 High up in the stark, oxygen thin Himalayas, conservationists search for an endangered cat so elusive and well camouflaged it’s nearly impossible to find. Notified by local herders who caught a rare glimpse of a snow leopard, scientists comb these remote, craggy peaks for the tell-tale scrapes and trails that could only signal a snow leopard’s presence. Unfortunately, despite being the biggest carnivore in this high-altitude landscape above the tree-line, the conservationists see neither hide nor hair of this beautiful, silvery creature. But in their search, they find the next best thing; snow leopard poop. Unlike the animal that produces it, snow leopard poop (or scat, in scientific parlance), is fairly visible; it’s found in open areas at the base of rock cliffs, outcrops, saddles, and ravines. Conservationists often search these areas specifically for scat because fecal analysis provides such unique insight into snow leopards’ evolution and ecology. It might sound silly, but snow leopard scat may well be a key to their conservation.

If conservationists are detectives, then scat is a jackpot of clues. So informative, in fact, that a group of scientists from 20 institutions, including the Snow Leopard Conservancy, worked together in a recent study that specifically analyzed snow leopard scat and uncovered a fascinating discovery. Procuring and analyzing fecal samples from across the snow leopards’ range—through China, Mongolia, India, and Central Asia—scientists upturned the long-time assumption that there is one singular species of snow leopard. They found there are actually three distinct subspecies geographically separated into northern, central, and western regions.

Scat contains DNA that has revealed genetic differences in different populations of snow leopards who might otherwise look physically identical. It also shows what the snow leopards are eating, providing a road map to the location of these distinct groups. This is why fecal analysis can help conservationists understand these animals in a way that observational techniques, like camera trapping, cannot. Armed with this new information, conservationists can now tailor management and research to the needs of each individual snow leopard subspecies, providing more strategically targeted protection. Different subspecies of snow leopards in different areas may face different threats; being aware of these variances helps inform where conservationists should put their programs and resources and where to designate protected landscapes. Even if you can’t find an actual snow leopard, just finding its scat can help establish more adaptable conservation efforts to protect these beautiful, if rarely visible, big cats.

Special thanks to Dr. Rodney Jackson of the Snow Leopard Conservancy and Dr. Jan Janecka of Duquesne University for assistance with this piece.