Technology is a powerful asset in wildlife conservation, and it helps conservationists give struggling species a new chance at life. Harnessing solar power is one effective strategy employed by conservationists, and in the case of one North African ostrich hatchling, it’s made a world of difference.

This is the first North African ostrich hatchling to be successfully incubated in a solar field station established by the Solar Project. Founded in 2003 by WCN supporter Stephen Gold, the Solar Project provides sustainable solar energy to conservation projects around the world. This is especially important for teams with remote field stations and projects that rely on continuous energy to function. After learning about the need for reliable energy from Cheetah Conservation Botswana to conduct their research, Gold knew he had the right solution to switch them away from diesel and other inefficient energy sources. Save the Elephants is also a beneficiary of the Solar Project’s clean energy, using it to power their GPS elephant tracking system. This robust solar electricity network supports about 50 conservation projects worldwide, including those of other WCN Partners like Painted Dog Conservation, Ethiopian Wolf Conservation Program, Spectacled Bear Conservation, and Niassa Lion Project.

This North African ostrich hatchling is the first of what Gold hopes will be many new ostriches hatched as a part of Project Niger, the Solar Project’s largest initiative yet. Project Niger began in 2018, with Gold and his team converting shipping containers into solar-powered hatcheries and incubators to aid in the recovery of the North African ostrich population. Habitat loss and hunting have significantly reduced their numbers, making the largest subspecies of the largest bird in the world at risk of disappearing. The Solar Project is helping this ostrich find its footing again. 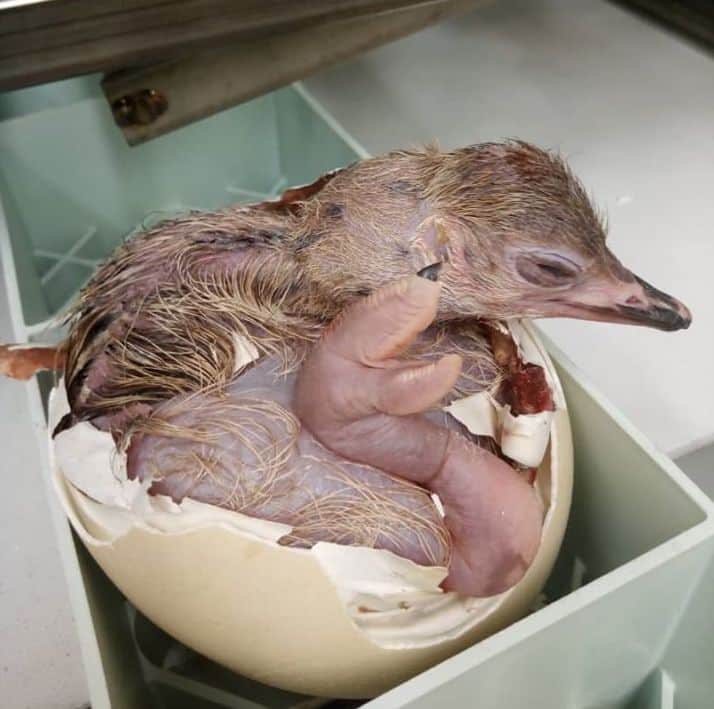 The newborn North African ostrich hatched by the Solar Project.

Drone footage of Project Niger’s solar field hatcheries in the Sahara Desert can be seen below: