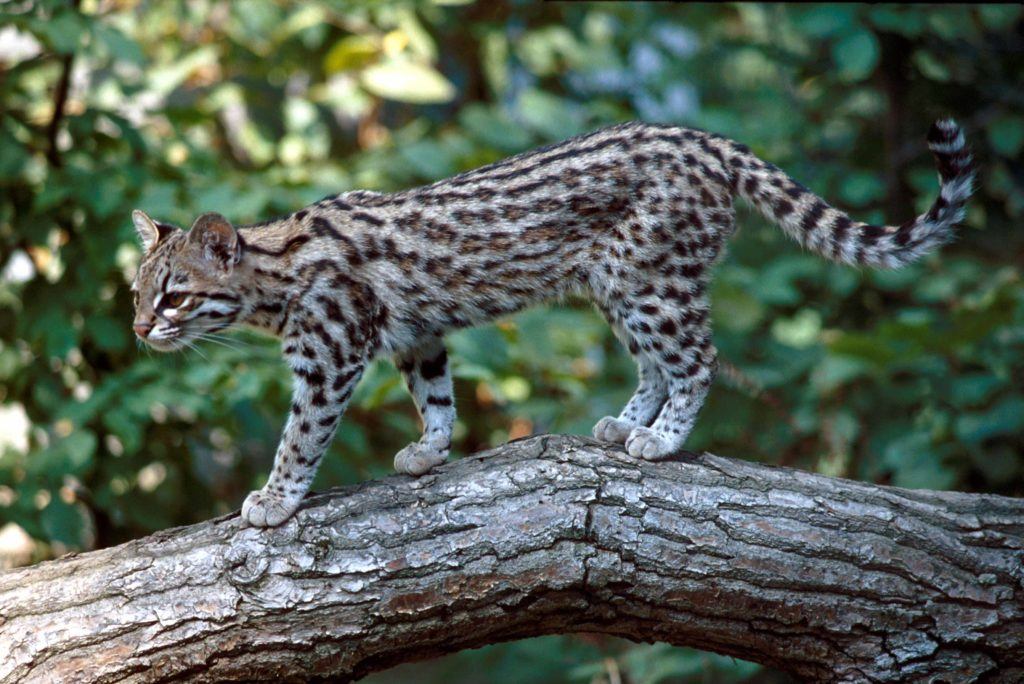 This is Costa Rica, right? Having knocked the mud off my wet boots, I peeled off my even wetter socks and I sat on a bench inside my small room. My rain-soaked trousers were next. I still had to remove my rain jacket and three layers but my pallid fingers, shriveled and white from the damp cold, didn’t work.

Yes, it’s Costa Rica. Cristina, Colleen, Esteban, Jose, and I had been checking trail cameras all day in cloud forest, walking from camera to camera at the highest elevations of Costa Rica. Here among moss-covered trees the still dark green forest is stunted by cold and kept damp by cloud-covered skies all day and, for all I knew, all night too. But quiet the forest wasn’t. Always the drip-drip of water falling from some leaf or dead limb was someplace within ear-shot.

We walked in and out of mists that seemed to come out of nowhere and disappeared like a passing wind. Rain falls twice up here: once when it rains, and again when the water drops from the vegetation well after the rain has ceased. At times I did not know if I was walking on solid earth or on a moss-covered root-mass that I might plunge through. Now and then we saw large three-toed tracks, bigger than any jaguar tracks, that could have been made by a small dinosaur millions of years ago. The tracks of a tapir led past the front of a camera. Who’s got warm fingers to take a look?

But tapirs were only of peripheral interest today. Today we were especially interested in looking at pictures hoping to find a largely unknown and overlooked small cat – a tigrina, though several common names are used. And that alone speaks volumes! How many names do most big cats have? What else is a lion, tiger or jaguar called? But what is so special about one of the smallest cats in the world when there are jaguar, puma, and tapir roaming around? Well, this little cat in particular could be very special indeed. Perhaps even unique.

In much of the Americas north of the equator there are at most five species of wild cats that exist together in one location. These same five species are found together in northern South America too: jaguar, puma, ocelot, margay, and jaguarundi. But north of the equator and only in the Talamanca Mountains of Costa Rica and Panama does a sixth wild cat species occur. The Sixth Cat has many names – Small spotted cat, Oncilla, Tigrina, and Tiger-Cat. There is just one Latin name: Leopardus tigrinus.

In 2014, molecular biologists analyzed biological samples (blood, tissue, hair, or scat) collected from Costa Rica south to southeastern Brazil, the entire geographic range of Leopardus tigrinus. This analysis showed that the southern-most population found in southeastern Brazil was in fact a distinct species unto itself. In fact, this tigrina was closer to a Pampas cat (Leoparduc colocola) than its more northerly neighbor. The southeastern Brazil population became Leopardus gutullus: the Southern tigrina. L. Tigrina became the Northern tigrina. But the work had not ended.

Samples can be obtained from tigrinas brought into rescue centers or from wild tigrinas. Because we believe this tigrina will become a unique species, knowledge of its precise geographic range and elevation is needed as well as an understanding of the threats these small cats face so that mitigation measures can be implemented. Fortunately, cloud forest is not the most popular place to live, so conflict with people is not a big concern. However, a well-traveled highway splits the eastern and western slopes which could be dangerous for any wildlife trying to cross the road in the heavy rain and pea-soup fog that Costa Rica is prone to have.

I’ll be returning to Costa Rica again soon to find my elusive little friend. This time I’ll pack rubber boots, the latest in rain gear, gloves, lined trousers, and a wool sweater or two. This is Costa Rica, right?