For World Sea Turtle Day, let’s take a dive with MarAlliance to celebrate turtle science and the people who make it happen! Together with the Turtle Foundation, MarAlliance is working to learn more about sea turtle movements around Cabo Verde and the Eastern Atlantic in relation to poaching efforts, which will help to determine where these big reptiles spend most of their time – and thus, what areas need protection. Cabo Verde has the third-largest nesting population of nesting loggerhead turtles, which are classified as endangered. They are threatened by a number of human activities, including poaching for meat and eggs at their nesting sites and at sea, incidental capture as bycatch, tourism development, and climate change.

MarAlliance has been engaging local fishers in conservation science for many years – the day-to-day lives of fishers on the water not only put them on the front lines of conservation, but also makes them a wealth of information on marine life in general. Recognizing their value, MarAlliance began an alternative livelihood program for fishers that engages them in research and monitoring activities – fishers can earn up to 25% of their annual income by working with MarAlliance through this program, meaning that they do not need to fish as much to support themselves and their families. 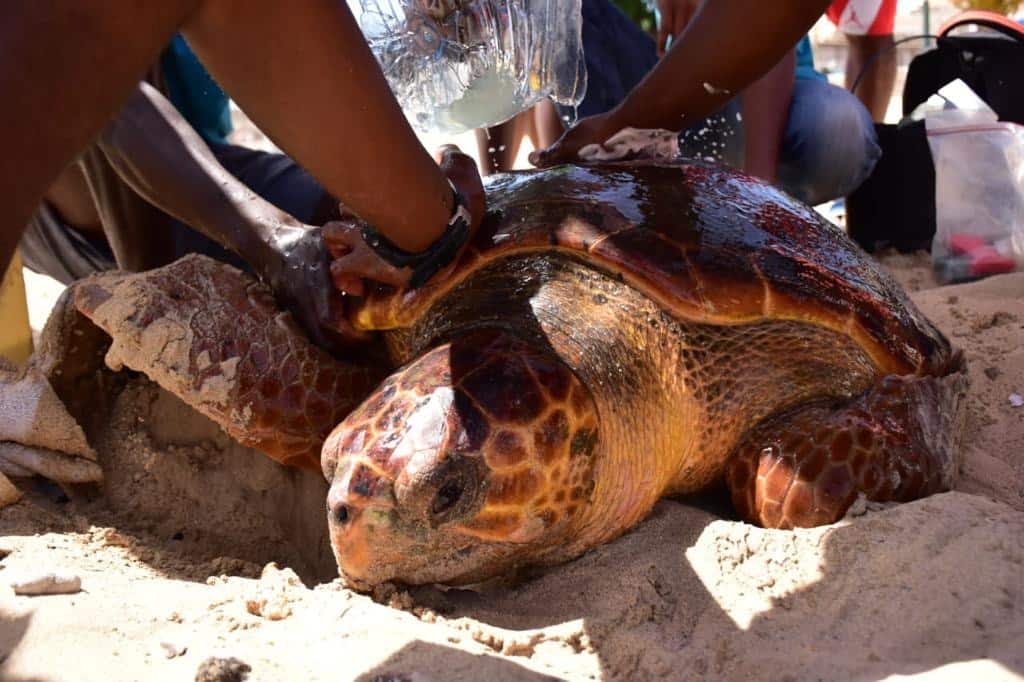 So how does that tie in to sea turtle conservation? On May 20, 2020, fishers in Cabo Verde – who have just now begun to return to the water from quarantine – brought in a large adult male loggerhead turtle. Working with these fishers, MarAlliance and Turtle Foundation affixed a brand new spot tag to this particular turtle – dubbed “Djalo” by the team – as part of their satellite tagging project. 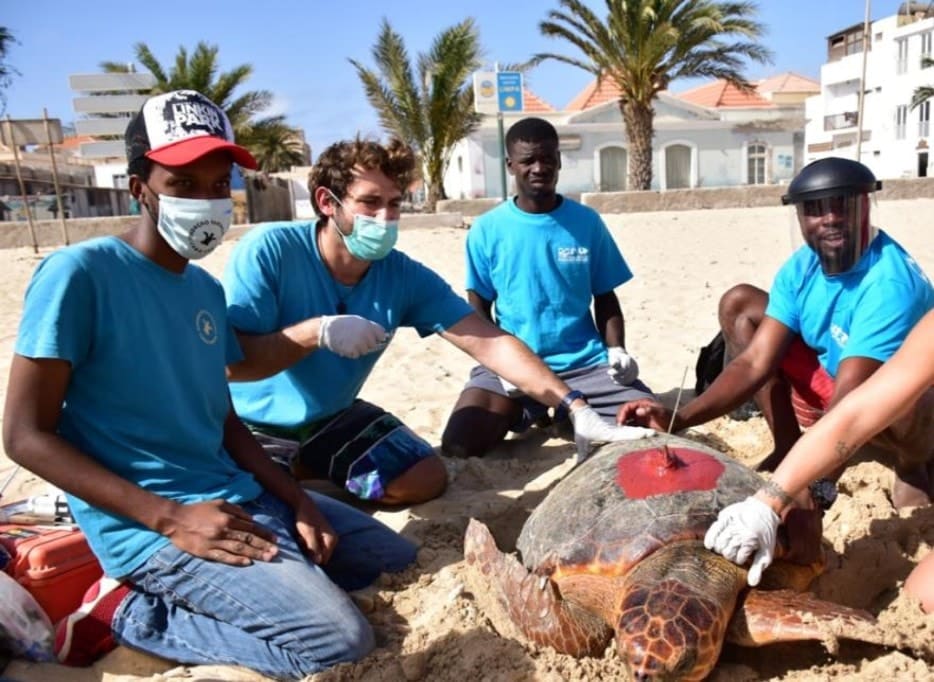 Djalo went back to sea fitted with his tag and is already sharing his movements regularly. Six days after his release, his satellite data showed that he was hanging out on a shallow shelf off the western coast of Boa Vista, one of Cabo Verde’s ten main islands. 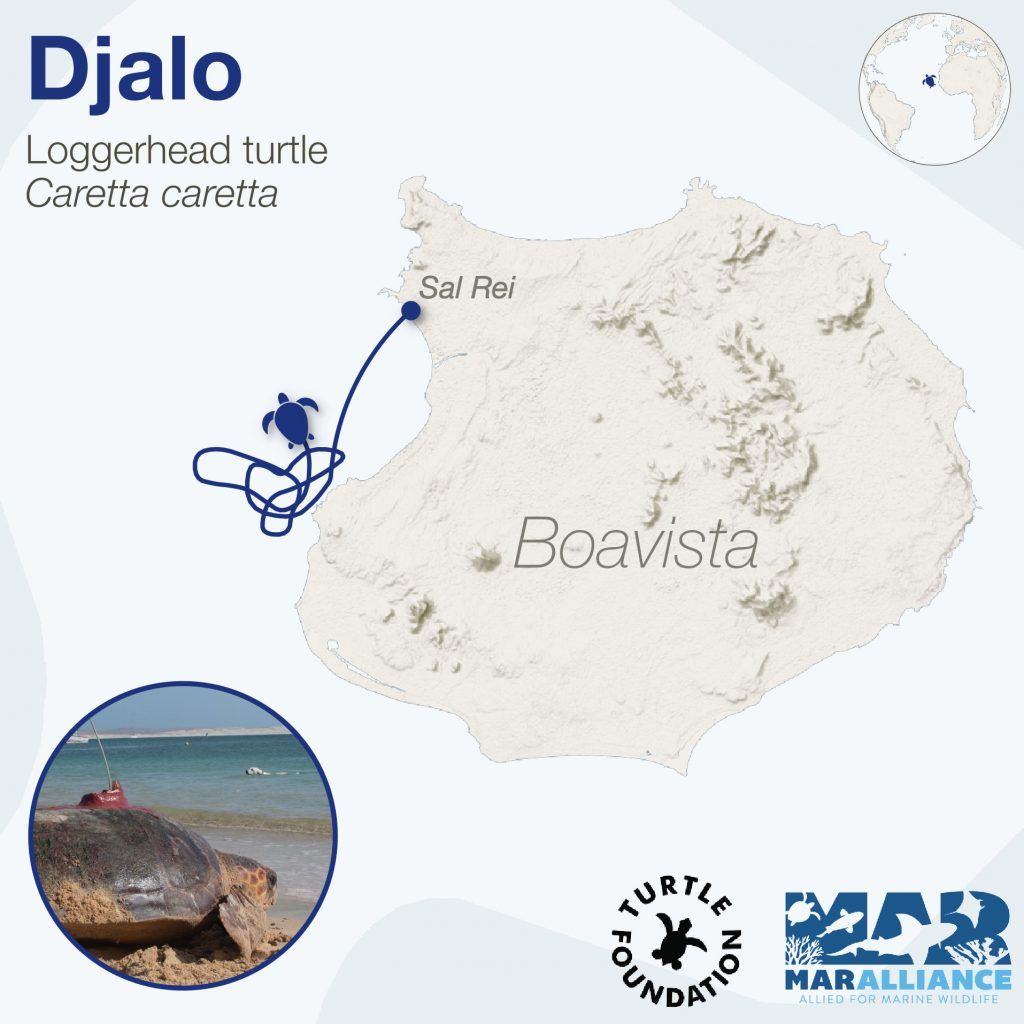 This collaborative effort to tag Djalo was especially significant given the current state of the world during the COVID-19 pandemic. Small-scale, artisanal fishers – like many of those in Cabo Verde – have been hit especially hard with the closure of fish markets. While market closures have been critical to stop the spread of the virus, they have also caused a huge loss in income for these individuals and communities. And yet, almost as soon as the fishers were able to get back on the water, they were also right back into doing their part for conservation – taking the time to bring the loggerhead turtle in to be tagged.

Coastal and riverine communities depend heavily on fishing for both food and income. While we might think fishing to be at odds with conservation – picture a commercial fishing vessel bottom trawling to indiscriminately catch thousands of marine species – we know that’s not the whole story. With the support of organizations like MarAlliance, we’re seeing fishers and fishing communities working hard to protect threatened species and manage their fisheries so that fish stocks are available year after year – a win for both fishers and wildlife.