Lucas Meers is the Program Officer at Okapi Conservation Project (OCP). Here he shares an update about OCP’s work with ICCN rangers to care for orphaned chimpanzees found near their station in Epulu, DRC.

In the past year, a total of five chimpanzee infants and one baboon have been confiscated by ICCN (Institut Congolais pour la Conservation de la Nature) rangers in the northeastern region of DRC. After each confiscation, they were brought to our station in Epulu for immediate care for stabilization before transferring them to Lwiro Primate Sanctuary in Bukavu for long term care. 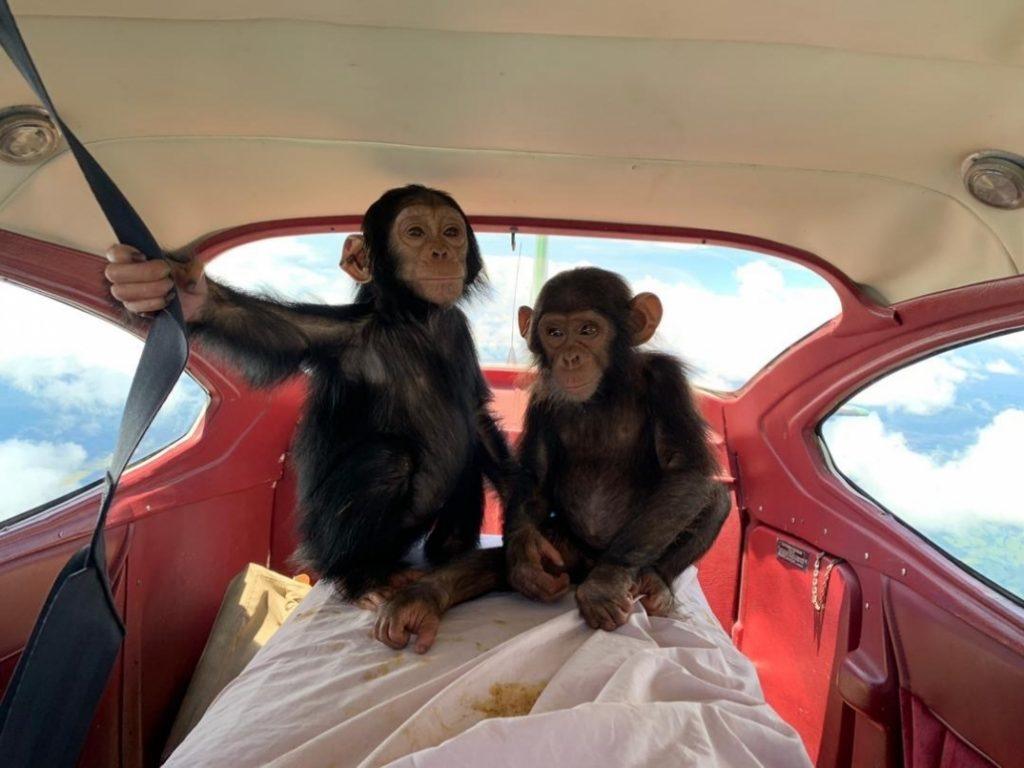 The two orphaned chimpanzees on their way to Lwiro Primate Sanctuary with the help of pilot Anthony Caere.

Most recently, two chimps were confiscated a few months ago from known Ebola areas. A male chimp from Maiko National Park and a female from the town of Mambasa. Once confiscated, Mokonzi and Mao, two staff that cared for okapi when they were at the station, immediately went into action to care for these chimps. Though we believe the infants to be close in age, the male is much smaller and lighter in color, possibly due to malnourishment. He also arrived with an unknown eye injury or infection. Both chimps were treated and deemed clear of Ebola, and once they were stabilized, we arranged transport to Lwiro Primate Sanctuary with the help of Anthony Caere, a pilot with Virunga National Park. 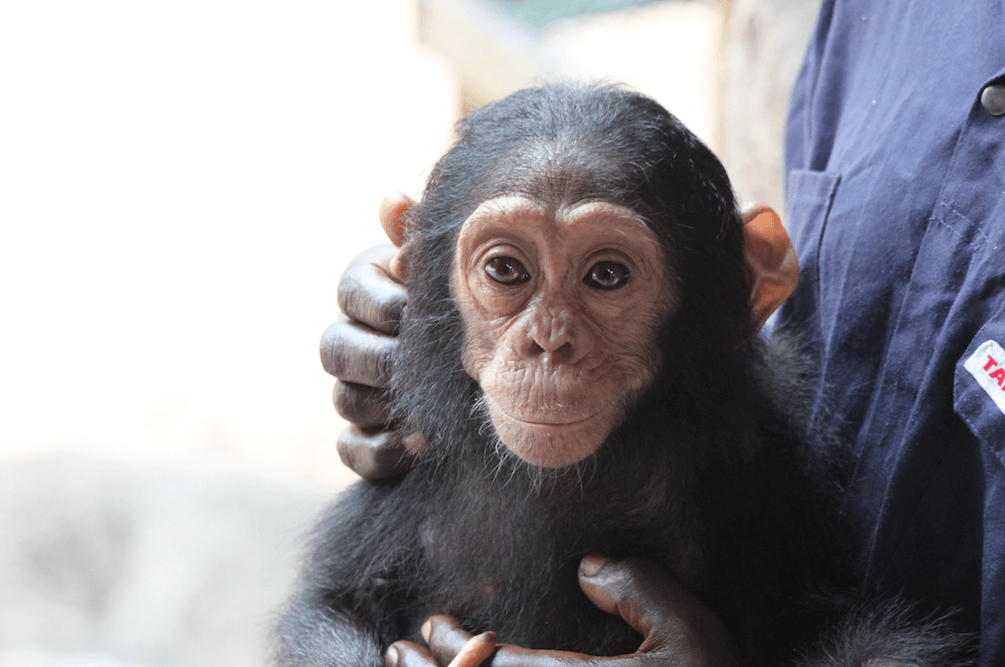 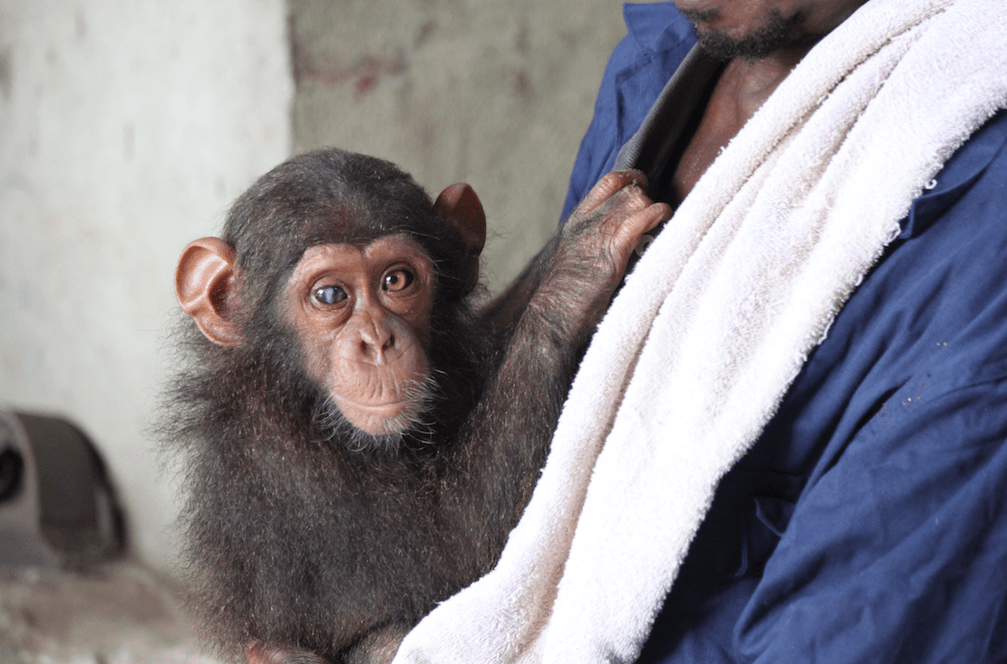 Recently, with the threat of Ebola in the region, the new protocol is to bring confiscated primate infants to our station for a minimum 21-day quarantine period before being transferred to Lwiro to prevent the transfer of the disease to the other animals in their care. The immediate care we provide includes formula, food, medicine to treat any wounds or illnesses and a caretaker that spends time caring for each chimp until the quarantine period passes and transport can be arranged.

In addition to caring for the orphaned infants, we are working with ICCN rangers to increase the patrol efforts to close gold mines, since bushmeat poaching is closely tied with these remote mines in the forest. We have been working with ICCN rangers since our inception in 1987 to close illegal gold mines to protect the rainforest habitat that houses okapi, forest elephants and chimpanzees.

With the increase in patrols and more effective training from ICCN rangers, we expect additional chimps and primates to be confiscated in the coming months and/or years. Because of your support, we are able to assist in the initial stabilizing care and quarantine period for the infants before transferred to their new families at Lwiro. If you are compelled to contribute to the support and care of orphaned chimps, you can do so, here.