Dan cut the engine and let his boat gently bob along the waves near the coastline. Below, schools of snook and mackerel swam in the coastal waters of the Caribbean. He wondered if these fish stocks might finally start to rebound after being depleted by extensive gillnet fishing. Dan Castellanos was once a net fisher, like his father before him, observing over time there were fewer fish to find. Today, Dan strongly opposes gillnets and works with MarAlliance to transition other fishers in Belize to more sustainable methods. For years, this transition process was slowed by lack of government support, but this summer, after ongoing advocacy by the Coalition for Sustainable Fishing—a group of fishing associations, private sector representatives, and MarAlliance—Belize has gotten closer than ever at banning gillnets. 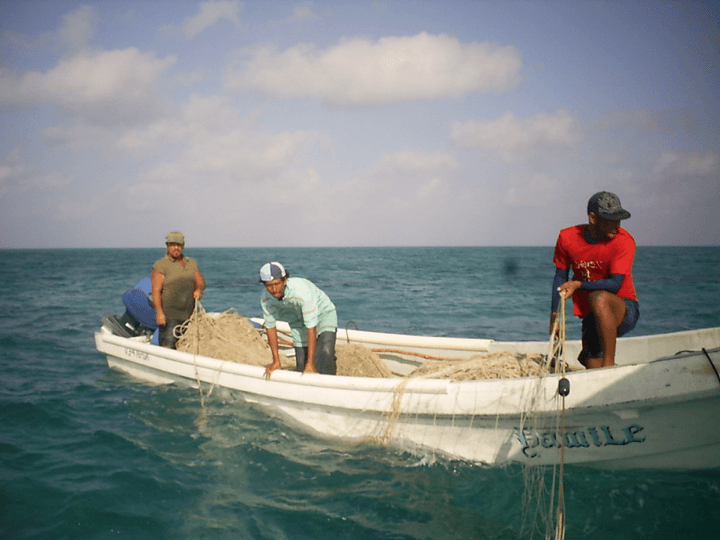 Fishers use gillnets to maximize their catch, but this harmful practice leads to long-term devastation of their livelihoods.

Gillnets do an unbelievable amount of damage. Used to capture large amounts of fish, they kill not only targeted species, but any creature that swims into them. Critically endangered hammerhead sharks are particularly vulnerable to being caught as their unique T-shaped heads become easily entangled. Imagine if on land a single hunting trap was set in a forest and caught not just one animal, but hundreds—every rabbit, deer, squirrel, and song bird across acres. Similarly, gillnets empty the seas. Fishers use them because the payout seems big in the short-term, but in the long-term, they eviscerate fish stocks, devastate fishing livelihoods and marine ecosystems, and reduce populations of threatened marine wildlife like hammerheads. 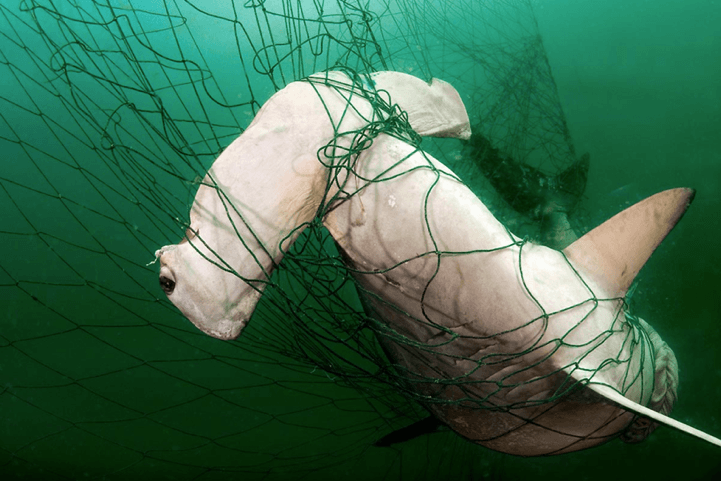 MarAlliance and several partners have spent over 15 years advocating for a gillnet ban in Belize. It’s been slow going, but the Coalition and Oceana Belize recently gained the government’s formal stamp of approval to transition the country’s last gillnet fishers to sustainable practices or alternative livelihoods. This action is a precursor to what MarAlliance hopes will be a national ban enacted in January 2022.  Over half of the remaining 81 gillnet fishers have agreed to stop using nets, and with the Coalition’s assistance, MarAlliance is optimistic the remaining fishers will comply.

Embracing sustainable fishing is critical for the persistence of Belize’s fish and for its long term food security, but conservationists at MarAlliance know that even if gillnets are banned, there will still be challenges. The sea is a graveyard for gillnets that have been abandoned. Though these ‘ghost nets’ no longer have an owner, they continue to capture fish, threatening some of the most enigmatic creatures in the ocean, like deep sea sharks. Just this August, anglers forming part of MarAlliance’s network of recreational fishers, rescued a deep water smooth-hound shark entangled in a ghost net. 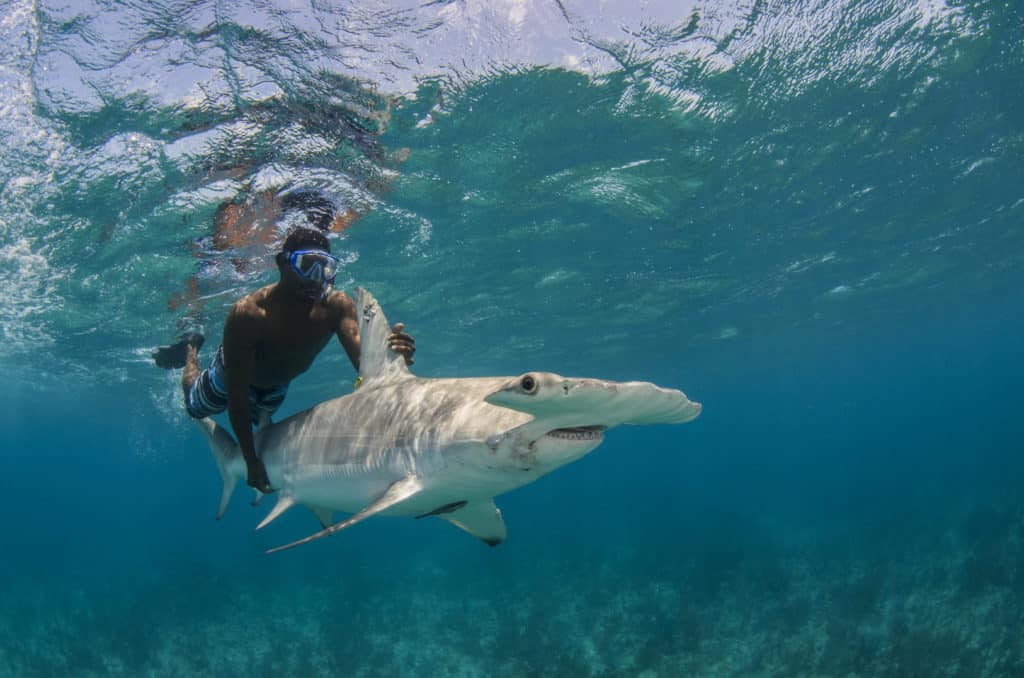 Gillnets can easily trap hammerheads due to the unique shape of their heads.

With Coalition support, gillnet fishers can transition to sustainable methods such as hook and line. Dan is particularly eager to include his father—who never fully stopped gillnetting—into this process. These efforts are a key step towards a full ban, which would save the livelihoods of fishers, the lives of endangered sharks and countless other marine species, and will demonstrate to other countries that banning nets is necessary and possible.