San Francisco, CA, 11/29/2017- The Wildlife Conservation Network announced today that Ana Isabel Arroyo of ASOARTESANAS, Jose Vallejos of Spectacled Bear Conservation, and Rocío Palacios of Andean Cat Alliance have been honored with a Conservation Hero Award from the Disney Conservation Fund. The award recognizes local citizens for their commitment to save wildlife, protect habitats and inspire their communities to take part in conservation efforts. Recipients from around the world were nominated by nonprofit environmental organizations, and each honoree and his or her nominating organization will share a $1,500 award from the fund.

The Disney Conservation Fund focuses on supporting nonprofit organizations and their work to engage communities in the protection of wildlife and critical ecosystems across the globe. Since 2004, Disney has honored more than 120 Conservation Heroes from around the world for their extraordinary conservation efforts.

For information on Disney’s commitment to conserve nature and a complete list of 2017 Conservation Hero Award recipients, visit Disney.com/Conservation. 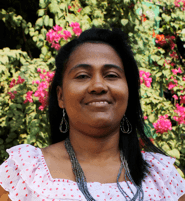 Ana Isabel Arroyo
Nominated by Proyecto Tití/Wildlife Conservation Network
Ana is president of the Colombian regional artisan cooperative, ASOARTESANAS, with more than 50 local members whose efforts help protect the critically endangered cotton-top tamarin monkey. These women joined forces with Proyecto Tití to launch projects that have removed more than 3.5 million plastic bags from the environment and transformed them into colorfully designed, hand-crocheted bags, and produced hand-made cotton-top tamarin plush toys to provide an alternative to illegally buying live monkeys as pets. Ana’s leadership, determination and commitment have expanded her group’s conservation impact to local and global communities, together helping pull families out of extreme poverty, decrease unsustainable dependence on forest resources, and protect tamarins. She is a role model of self-motivation and collaboration, and teaches other women and her own children that everything is possible with hard work and commitment to personal goals. 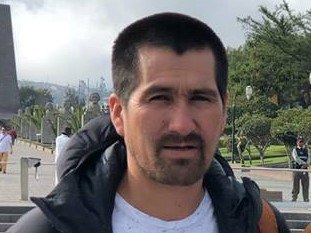 Jose Vallejos
Nominated by Spectacled Bear Conservation/Wildlife Conservation Network
Jose’s affinity for animals began as a child in northern Peru, but his dedication to conservation began with Spectacled Bear Conservation in 2008, spending months in the field to look for bears and then track the team’s first collared bear and her cubs. Last year Jose risked his life to battle a wildfire that destroyed thousands of acres in Peru. Thanks to his efforts coordinating hundreds of volunteers and members of the community and government, more than 60 bears and 20 endangered mountain tapirs and their habitat were protected. After putting out fires, Jose led workshops to teach people how to fight fires and reduce future fire risks. Following the wildfires, Peru experienced extreme rains. Jose worked tirelessly to build drainage and help community members affected by flooding. In addition to his perseverance in the face of unprecedented difficulties over the past year, Jose demonstrates ongoing commitment to field research and outreach efforts to communities in wildlife conservation. 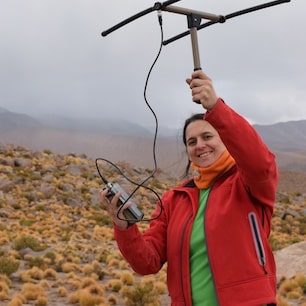 Rocío Palacios
Nominated by Andean Cat Alliance/ Wildlife Conservation Network
Virtually everything known today about elusive, endangered Andean cats is a result of the Andean Cat Alliance’s work across the high Andean ecosystem of Peru, Bolivia, Chile, and Argentina. As Coordinator of the Andean Cat Alliance, Rocío worked with partners to rescue and rehabilitate a wild Andean cat for the first time. Her team recorded the first baseline information on Andean cat presence in  Patagonia and helped train park rangers on carnivore identification, monitoring, and conservation that led to the first camera trap photos of an Andean cat in that region. Rocío has helped grow the Andean Cat Alliance from a research organization to one that also engages local communities in conservation projects to reduce threats to the cats, including habitat loss and hunting. She demonstrates a passionate commitment and dedication to creating a sustainable future for Andean cats and the communities that live and work near them.

WCN’s mission is to protect endangered species and preserve their natural habitats by supporting entrepreneurial conservationists who pursue innovative strategies for people and wildlife to co-exist and thrive.