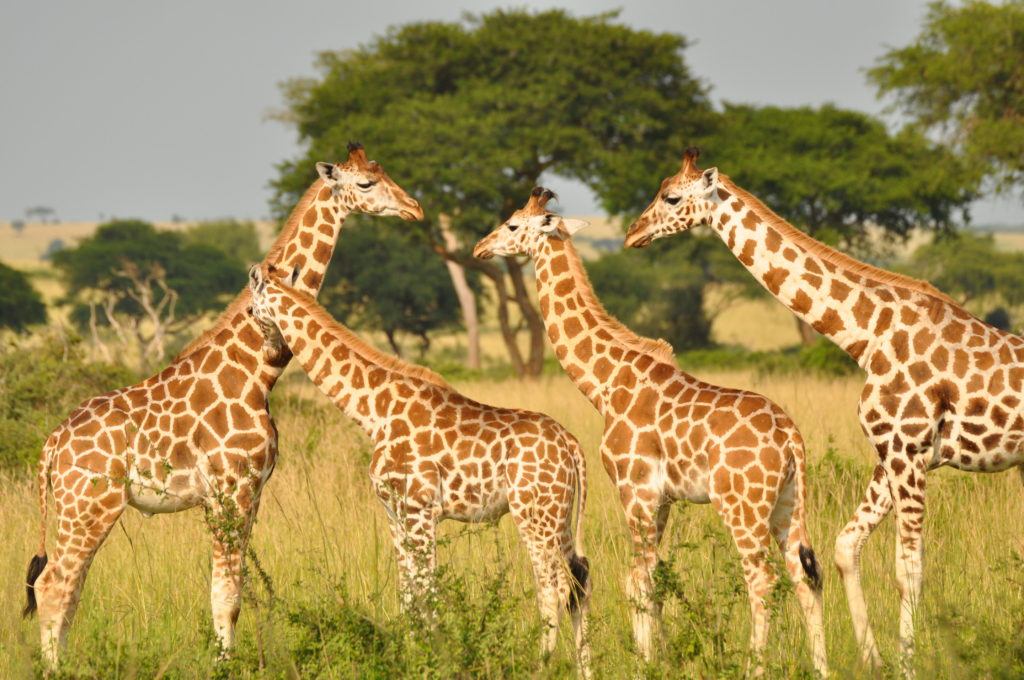 Giraffes are one of the world’s most recognizable and beloved animals. Many of us have grown up with images of these long-necked giants walking across open savannahs, the sun hanging high in the sky as they browse on leaves from the tallest trees. But despite this familiarity that we have with giraffes and the love and support they get from the public, very little research has been done on giraffes compared to other large mammals.

At a time when their population has dropped from 150,000 individuals to less than 100,000 in just a few decades, time is running out for giraffes. Dr. Julian Fennessy—co-founder and co-director of the Giraffe Conservation Foundation (GCF)—and his team have been working tirelessly to shine a light on this “silent extinction” via various scientific studies that have sent ripples throughout the scientific community.

Often times, giraffes are moved (or ‘translocated’ in conservation terms) from one location to another in order to protect them from hazardous environments caused by human conflicts, civil unrest, poaching threats, threats to their habitat like the discovery of oil, or to increase their range by establishing new satellite populations. About 15 years ago, the team at GCF began a study using DNA evidence taken from skin biopsies of hundreds of living giraffes to investigate their genetics in different parts of Africa.

Scientists have questioned if there are different species, however most thought there was only one overarching species of giraffe, with nine subspecies. But during the study, they discovered (much to their shock) that there may actually be four separate species—northern, southern, reticulated, and Masai.  While it’s not a foregone conclusion, the evidence warrants being proposed.

Categorizing an animal as a separate species is a bold claim. In the case of the giraffe, while all the species look rather similiar, the new found species are as different from each other as polar and brown bears. What we now think to be four different species of giraffe are each identified by variances in their coat patterns, geographic locations, and other physical features. While these giraffes were once considered subspecies, thus able to interbreed, it was only through genetic investigation that conservationists saw they were different species, animals who do not mate with each other in the wild. This new research would need to be considered when conducting any future translocations if conservationists want to help create flourishing giraffe populations.

The discovery shook the conservation world, showing up everywhere in the news cycle. To the scientific community, it could change how conservationists counted giraffe populations. Altogether, giraffes have lost 40 percent of their population in the past thirty years. But when assessed four ways, the population numbers for each species revealed a different result; some giraffe species have actually declined as much as 95 percent.

GCF believes that if the four species in their different geographic locations with different threats are judged separately, it would show that three are under considerable threat. And one—the southern giraffe—is increasing thanks to excellent conservation management and collaboration of public, private and communal conservation initiatives. The populations with the lowest numbers—like the northern giraffe who number about 4,750 in the wild, or the reticulated giraffe with about 8,700—could be considered some of the most endangered large mammals in the world. The giraffe species in such dire conditions would need increased protections and efforts in order to save.

A few weeks later, it was announced by the International Union for Conservation of Nature (IUCN) that giraffes were being reclassified on the IUCN Red List of Threatened Species from “Least Concern” to “Vulnerable.”

GCF now focuses their efforts to protect giraffes with specific strategies tailored to each species and their individual needs. As human populations rise, giraffes have lost much of their home range to threats like agriculture and mining, illegal hunting, and civil unrest, as well as threats from disease leaving the future of the gentle giraffe on uncertain ground. Conservationists must sometimes act to move giraffes out of harm’s way to a place where they’ll be safe and able to flourish.  On June 21, we celebrate World Giraffe Day, an initiative by GCF, to not only honor giraffes but also to raise awareness for their plight in the wild.

Giraffes have been facing a silent extinction, but the Giraffe Conservation Foundation and their partners are determined to make enough noise to ensure that these majestic, towering treasures don’t disappear forever.