When I studied environmental science at university, we learned about biodiversity, species competition, habitat degradation, population dynamics, invasive species, and a whole range of other key ecological terms. What I didn’t learn was how much playing a game of football can be critical in protecting an ecosystem for spectacled bears and Andean cats.

As the human population and footprint has expanded, many wildlife species have been forced to retreat to the last remaining refuges of wild places. We have transformed areas of wildlife habitat into acres of agriculture and resource extraction, and we’re really good at it! Humans have become experts at changing landscapes to adapt to our needs, but in doing so, we have tended to lose sight of the variety of species that had been in balance in that ecosystem for many years before us. Today, over half of the world’s population lives in urban areas, so it’s easy to forget that the other half of humanity still faces a daily challenge we once all shared: coexisting with wildlife. 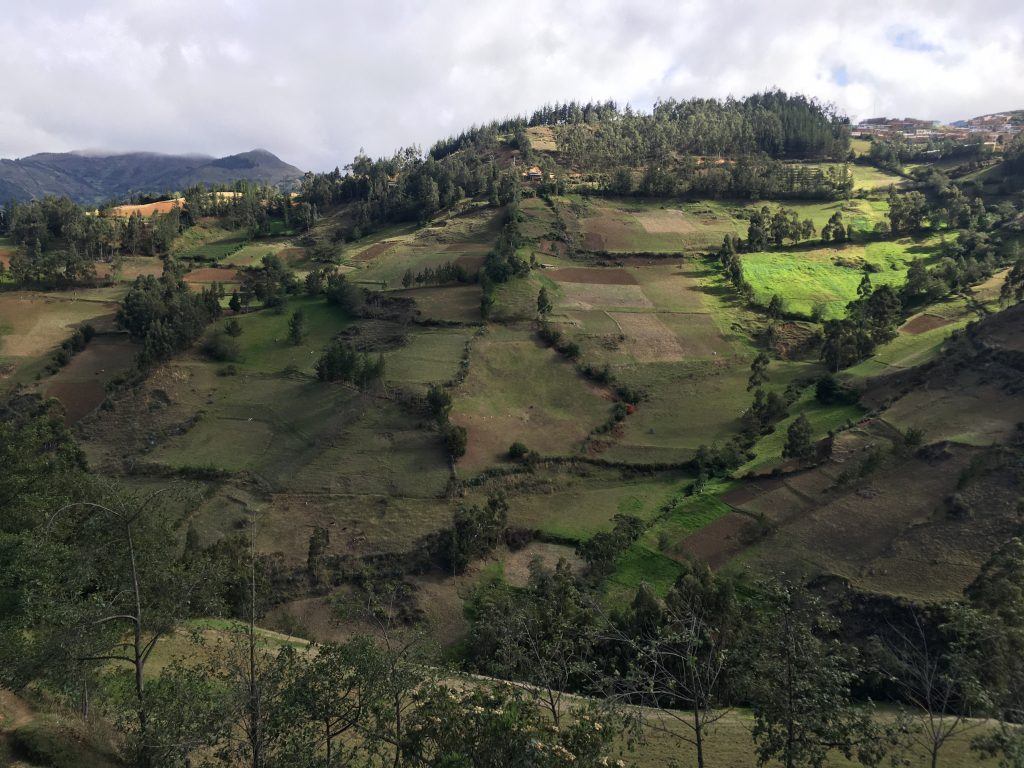 Agricultural plots along the mountainside of Inkawasi, Perú (elevation of ~10,000 ft)

Recently, I was lucky enough to travel to Perú to visit two WCN Partners: Spectacled Bear Conservation (SBC) and the Andean Cat Alliance (AGA). The survival of Andean cats and spectacled bears depends on the health of their ecosystem, and the health of their ecosystem depends on local communities understanding and respecting wildlife’s needs. So scientists from SBC and AGA have learned that the research of these species is only one aspect of conservation: engaging and empowering communities to maintain habitat protection is the other side that you don’t learn in a lab or classroom.

Many native communities that live alongside these wild species have a rich history of traditional ecological knowledge that scientists can learn from as well. The exchange of this scientific and traditional knowledge is critical in determining what is best for both wildlife and people. Now, to learn from, share experiences, and encourage conservation with members of a local community, you need one key ingredient: TRUST! And no matter where you are in this world, developing a language of trust and respect between people happens by exchanging cultural traditions, whether that’s a meal, art, music, dance, or even sport. So, when the SBC team discovers a threatened bear population and hopes to encourage local community members to act as conservation stewards, rather than altering their landscape to extract resources, it’s not time to break out research credentials; it’s time to play football! 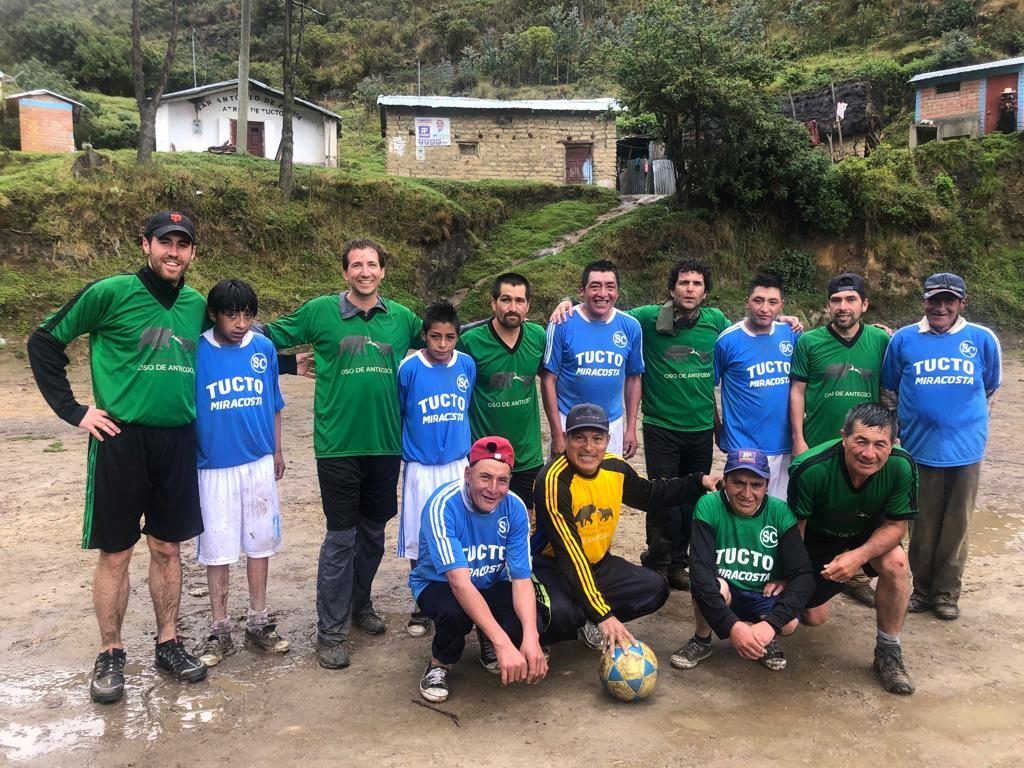 After breaking a sweat and breaking bread with one another, we humans begin to see each other more as friends, and not intruders or enemies. In my time in Perú, I took part in these exchanges of culture and trust, and witnessed how it has opened the door to then help communities build alternative sustainable livelihoods, such as SBC’s Felti and AGA’s CatCrafts programs. It also sets an example that conservation is something to be proud of and encourages community members to join the cause as citizen scientists and activists themselves, rather than viewing it as a threat to their livelihoods. 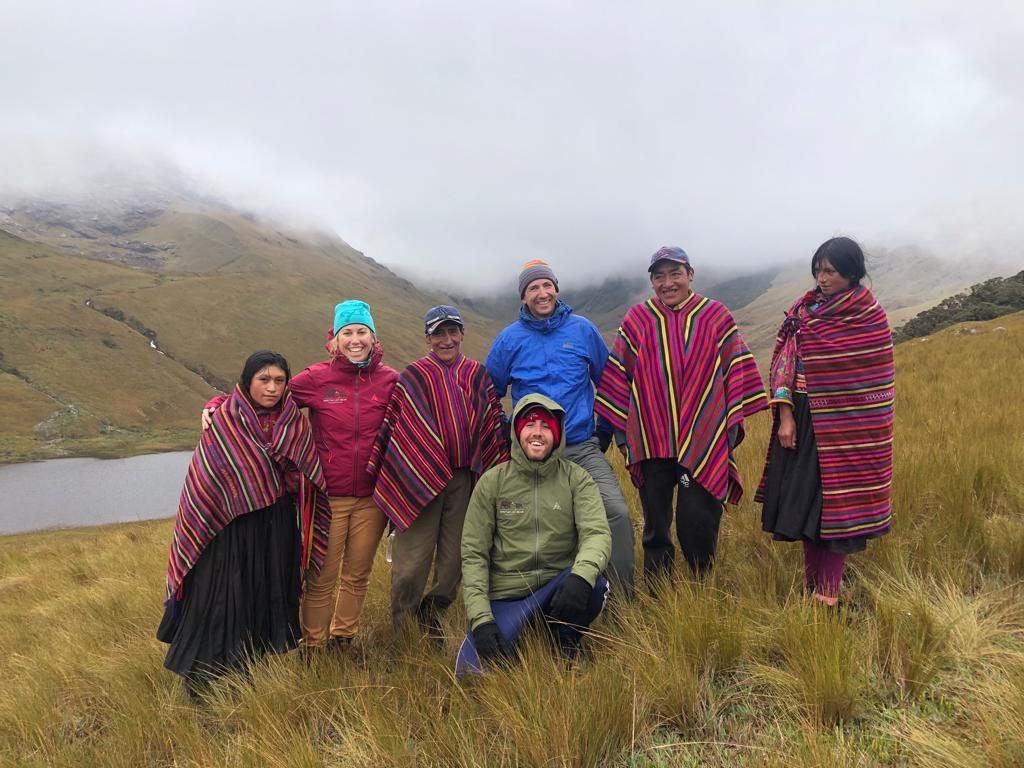 WCN & SBC team with Tucto community members trekking through the cloud forest in search of bears.

Although many of us joined the conservation cause for our love of wildlife, the real work on-the-ground is innately human. It requires building connections, sharing knowledge, exchanging culture, and helping one another to realize that we’re more connected than we may have thought, not only to each other, but also to the ecosystem that sustains us and the wildlife we love.