Last year, we shared the amazing story of Terefe, an injured Ethiopian wolf who was rescued by the Ethiopian Wolf Conservation Program (EWCP). Terefe had been shot in the leg by an unknown assailant and left critically injured. Scouts from Ethiopia’s Simien Mountain National Park found the injured wolf and notified EWCP, who quickly took Terefe in and spent five weeks caring for him. EWCP built an enclosure and provided him with the best veterinary treatment, making Terefe the first Ethiopian wolf to ever receive prolonged rehabilitation in captivity, away from his pack.

Terefe while he recovered from his wound in EWCP’s care.

After making a full recovery, Terefe was released back into the wild with a renewed spirit and an unknown future. Despite being healed and returning to his home, he was unable to successfully reintegrate with his pack. Male wolves usually only roam solo during mating season, so now that Terefe was forced to venture out alone due to unusual circumstances, EWCP’s monitoring team was concerned for him.

Terefe after recovering and being released back to the wild.

But earlier this year, EWCP gave an update on the remarkable story of this lucky survivor—it seems that Terefe is no longer a lone wolf. He recently made a new companion, a female wolf, and the pair have been spotted by scouts playing and sharing the same den. Given that these two met outside of regular breeding season, no new pups have been spotted, but their playfulness could be pre-mating behavior and suggests that the two have already formed a strong bond. 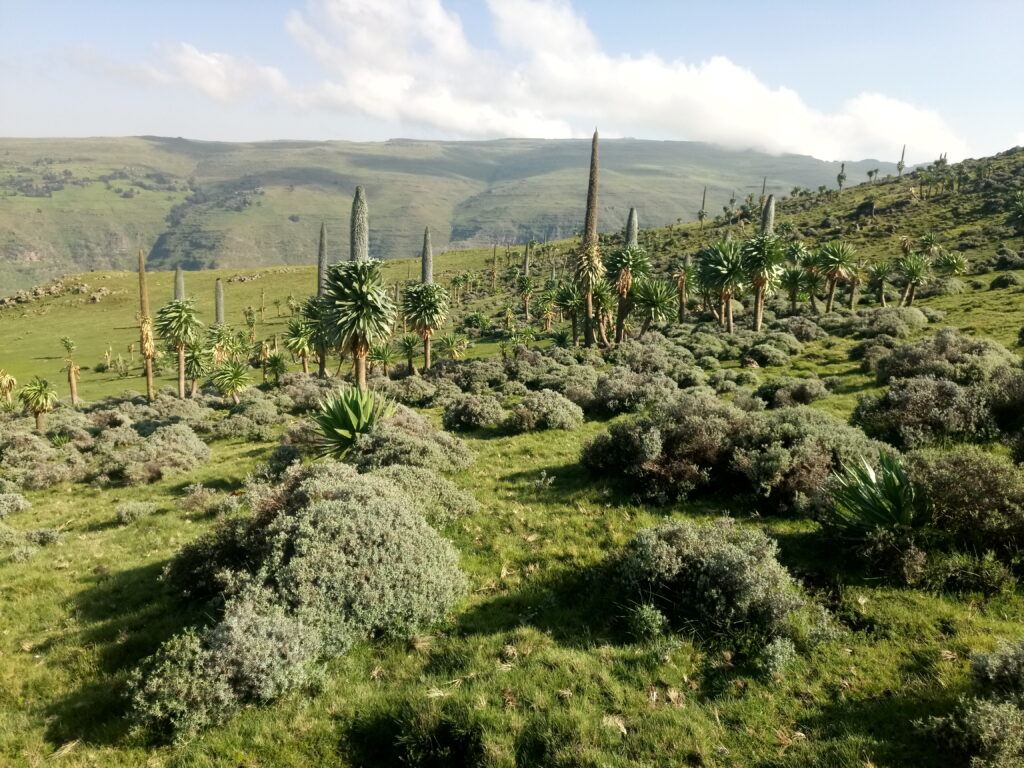 The area near Shehano village, where Terefe and his new companion have made their home.

EWCP is thrilled to see Terefe, who has gone through so much, thrive and find a new life after his injury. The formation of a new pack—named the Terefe pack, after its intrepid founder—is always a cause for celebration since Ethiopian wolves are highly endangered. There are fewer than 500 wolves remaining in Ethiopia’s highlands, the only place in the world where this rare species is found, so every wolf counts when it comes to building a future for the species. EWCP continues to do everything they can to promote wolf conservation throughout their range, and Terefe’s resilience has inspired local villagers to become more tolerant of wolves and more active in EWCP’s mission to protect them and their habitat.

Terefe has endured more than most and come out stronger for it, not just as a tremendous conservation success story, but as an ambassador for his species and a source of hope to all.